What's up everyone? This has been a pretty good week. We've been decorating trees, I've started to play The Last of Us: Part 2 (which I got for my birthday back in September), and Christmas movies have been a regular staple in the house. And... Snake Mountain from Masters of the Universe Classics finally arrived! How about that? It showed up on Wednesday in a massive box that weighed about 50 pounds. 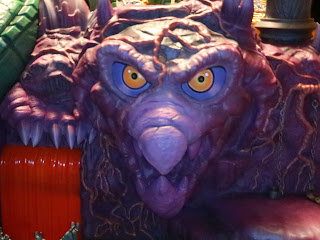 Yes, my long awaited Snake Mountain from Super7 arrived in the mail yesterday. I'm definitely going to do a full review in the coming weeks but I have to say that the size and overall presentation of Snake Mountain is amazing. I love it and I'm so, so glad to finally have it in my collection. I've had a spot worked out for it for quite a few months and it's really cool to see it there. The quality of the playset is really nice and it seems quite durable. It does seem a bit lacking feature wise, with oddities like the monster mouth on the front only moving manually (there's no lever) and the bridge being really short. Still, the accessories like Skeletor's throne and the monsters coming out of the green water are incredible and feel like substantial additions to the MOTUC line. Of course, continue after the break for more thoughts on a potpourri of things... 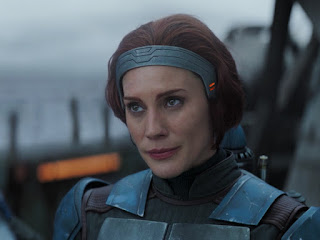 Of course I have to talk about last week's episode of  The Mandalorian, Chapter 11: The Heiress. This one was excellent. maybe not as good as The Marshall, but close. Very close. It's another Bryce Dallas Howard episode and it features Katie Sackhoff as Bo Katan which was amazing. I love them using the voice actors for the live action characters when it makes sense and Sackhoff is perfect. Watching a crew of Mandalorians own some Imperials was incredible! We also get some more information about Din Djarin's Mandalorian faction, referred to as the Children of the Watch, which explains why the Tribe is so different than the other Mandalorians. 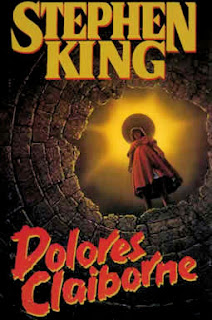 My journey of reading through all of Stephen King's novels continues with Dolores Claiborne. Dolores Claiborne was released in 1992 just a few months after Gerald's Game, which it is actually tied to thematically. Both are stories about women in peril who must resort to desperate measures to rescue themselves and change their situations. Apparently both stories were originally intended to be part of a larger that has come to be know as In the Path of the Eclipse but both stories were written and published separately. Like Gerald's Game, Dolores Claiborne doesn't really deal with the supernatural or the paranormal. It's about the evils of abuse, predatory behavior, and what we would now refer to as toxic masculinity. The novel is very different from many other King works as it's written as a statement given by the titular Ms. Claiborne regarding a crime she has recently been accused of, weaving together the past and present into one single, flowing narrative. It's not as gruesome nor frightening as Gerald's Game but it's a darn good story and probably the better of the two books. 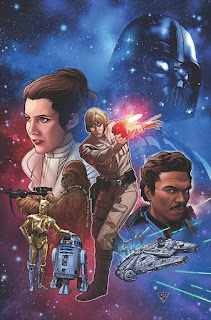 I've been a fan of Marvel's main Star Wars title since the beginning but recently the title has switched from being set after A New Hope to being set after The Empire Strikes Back. The first volume in the new series, The Destiny Path, just came out and it's good. Very, very good. Charles Soule is an excellent writer, wonderfully capturing the voices of the characters, and artist Jesus Saiz is incredible. The art is beautiful and the characters look uncannily like their film counterparts. Picking up immediately after Ep.V, this volume follows Luke, Leia, Lando, and Chewbacca on a mission to return to Cloud City, each with their own purposes, and follows Luke as he seeks to understand what Darth Vader's reveal means on his path to becoming a Jedi. It's a great story with excellent character interactions, beginning to lay the path for the characters to develop into the heroes we see in Return of the Jedi. 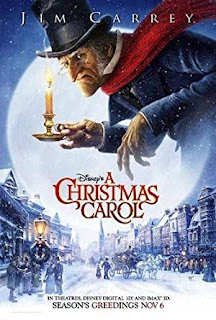 Any fans of Rober Zemeckis' 2009 adaptation of A Christmas Carol? Charles Dickens' A Christmas Carol has been one of my favorite stories for as long as I can remember and it's just not Christmas to me unless I'm able to binge multiple versions of it. This one is one of my favorites, though it seems to be rather divisive. Jim Carrey voices Ebenezer Scrooge and the ghosts which lends an interesting dimension to the specters haunting Scrooge; they truly reflect who he was, is, and could possibly be. The movies has an excellent soundtrack and really gets me in the Christmas spirit. It's also rather creepy at times, which fits the mood of the story. There are a few times when the movie fully indulges the fact that it's an animated feature but for the most part it feels very grounded. The atmosphere is excellent in this one.

Let's wrap things up by taking a look at this week's most popular articles, shall we?

Teela from Masters of the Universe Origins is on her third week and she's still on the top! What can I say? Teela's a beloved character from one of the greatest properties of them all! I think she's the best figure in the line so far and a worthy successor to the vintage toy.

Raphael from Teenage Mutant Ninja Turtles Ultimates is on his second week on the list and he's proof that major league butt-kicking never left. Turtle Power is still strong after all these years and Super7's new line is perhaps the most radical yet.

Evil-Lyn from Master of the Universe Mega Construx is also on her second week on the list and she's in good company as 2/3rds of the list is Masters of the Universe related. The Mega Construx line seems like it's doing well and Evil-Lyn is a popular lady, so I expect her to hang around a bit. I've been reviewing some other figures from the line this week, too, so we'll see if those prove to be as popular.

Man-At-Arms from Masters of the Universe Origins is here again for his fourth week and he's still standing strong. I'm really waiting for this line to find its own identity, like 200x or MOTUC, but these are still fun toys for the price point. This version of MAA kind of looks like Nacho Libre though, right?

Panthor at Point Dread from Masters of the Universe Mega Construx continues for its second week on the list. I'm really loving the Mega Construx MOTU line and this one is fantastic, especially because we get the Talon Fighter and Zodac! Woohoo!

That's all for this week. Have an incredible Thanksgiving! I'm thankful for all of you who read and comment here! It's great being able to share my hobby and interests with all of you! Eat lots of stuffing for me!