Re-Halloween Special: Pack A (Teal) from Keshi Surprise: The Worst by Super7 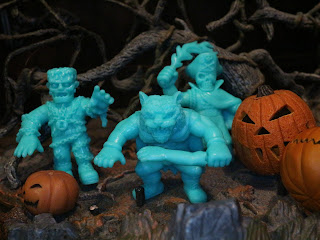 Guess what? Only 7 days until Re-Halloween! Yes, if you've been around Action Figure Barbecue or The Epic Review for any length of time then you're surely familiar with Re-Halloween. If not, then you'd better catch up!  Since this year's Halloween countdown,The Scream of 31 Days of Toy Terror, as themed around movie characters, I actually have some cool stuff I've picked up since August to show off. Today I'm starting off with a group of the coolest, spookiest, meanest minifigures around: The Worst! Back in August I picked up both sets of the new Keshi Surprise minifigures from Super7 based on the characters from series 2 of The Worst. Super7 released multiple colorways of the characters from series 1 under the M.U.S.C.L.E. brand but now they're using the Keshi Surprise brand for these. The figures look the same, though, so no worries there. Let's eat some Halloween candy and check out the terrifying trio of Captain Deadstar, Frankenghost, and Red Tiger after the break... 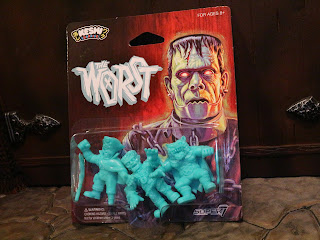 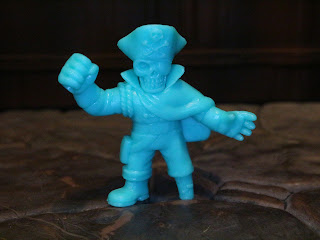 * Captain Deadstar is a Cosmic Ghoul Renegade who travels through space causing havoc and woe! Do you like skeletons with cybernetic legs and pirate outfits? Then this guy is for you! The plastic quality on these guys feels pretty good. I know the teal color doesn't show up great in pictures but in hand these guys are sharp with amazingly crisp details. You can even see each individual tooth in Captain Deadstar's skeletal grin! 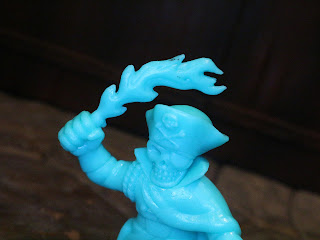 * Unlike most minifigures, most of The Worst minifigures come with an accessory. Captain Deadstar includes his flaming cutlass. Is the blade on fire or is the blade made out of fire? Does it ignite kind of like a lightsaber or a Zippo? Mysteries upon mysteries here, folks. 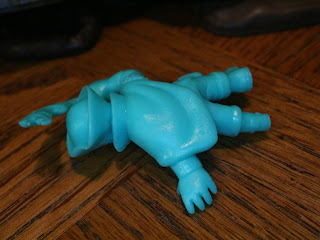 * Shiver me timbers! The Captain had had too much rum. Seriously, though, I do need to point out that Captain Deadstar tends to tumble over due to his peg leg. The figure tends to tilt forward a bit and the peg leg doesn't offer enough of a base t keep him standing. 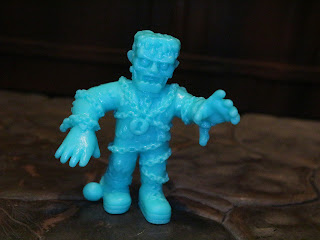 *Frankenghost is the eerie, supernatural ghost.... of Frankenstein! Err, of Frankenstein's monster, anyhow. The actual figure is translucent, showing off Frankenghost's phantasmagorical nature, but with this figure you could simply pretend this is a regular Frankenstein just wrapped in chains. I don't know why you would want to, but you could. The sculpting on the chains is incredible and Frankenghost's hair looks like it's actually melting! Spooky, huh? 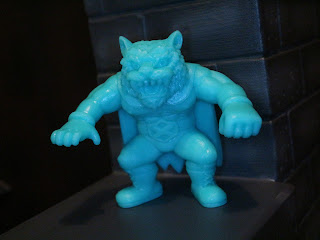 * I love that the Red Tiger actually looks like he is ready for battle. Check out that stance! He's ready to pounce! Half tiger, half wrestler, part communist, all ferocious, and a little bit rock 'n roll, the Red Tiger is a ferocious fellow who literally mauls his opponents. I love his cape, that ferocious face, and the laced up wrestling boots. This guy is one heck of a minifigure! 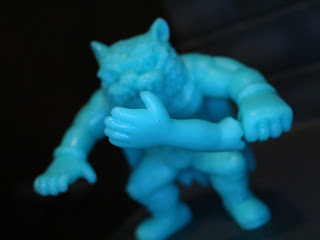 * He also comes with an arm. Yup! Is this the arm of his last opponent? Maybe he literally pulled it off and beat his opponent with their own arm! How crazy would that be! Of course, he could be a man-eating tiger, so this could be a snack. Macho Man Randy Savage wanted you to snap into a Slim Jim but Red Tiger wants you to snap into Jim's slim arm. Yup! Seriously, this guy needs a book deal and a contract. 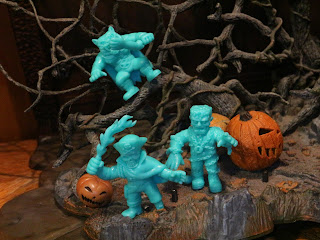 This is seriously a Great and a 1/2 set of minis. Honestly, the only reason I didn't give these guys an Epic is because of Captain Deadstar's inability to stand. These are easily some of the coolest minifigures you'll find this year, especially for this price. I love the weird, wacky designs of these guys and I really hope Super7 continues with the line. It's their own homegrown property, so they really have no reason not to. I want to see a third series of these guys and some 7 inch MOTUC styled figures of The Worst. I'd buy them all!

Are you a fan of the Frankenghost? Then check out my review of the ReAction Frankenghost!