Action Vinyls from The Loyal Subjects: Masters of the Universe, Aliens, and Game of Thrones 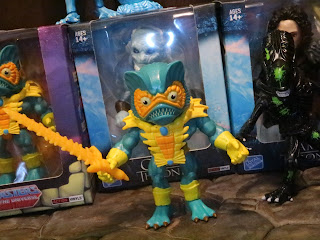 Hey everyone! I imagine that most of us are starting to think about doing are Christmas shopping and if you're looking for a great stocking stuffer for the action figure fan in your life then The Loyal Subjects has a great suggestion for you: Action Vinyls! According to the The Loyal Subjects:
"From Aggretsuko, Hot Wheels, Aliens, WWE and Game of Thrones. The Loyal Subjects pride themselves on imagination over quantity and quality over price points. Turning those warm memories into a tangible reality where figures with extensive detail and great features help us recall stories from our favorite shows! The Loyal Subjects’ signature Action Vinyls™ are a hybrid commingling of stylized features, artful and detailed deco from the Designer/Art Toy/Vinyl world, and the poseable dexterity found in Action Figures; hence “Action Vinyls” – a cool “Vinyl-like” collectible. The figures stand at about 3.25”, have up to 15 points of articulation, are accompanied by a collector card, and have interchangeable accessories. TLS pays homage to its collector base by including rare figures and “Easter eggs” in its product lines."

The Loyal Subjects reached out to me and asked me to show some of these off to you, so here we go! I'm going to be reviewing a few of these over the next week or so. I actually really like these, particularly the Masters of the Universe line, which I've reviewed many of here on Action Figure Barbecue. Heck, I bought a full case of Series 2. Let's check some of these out after the break... 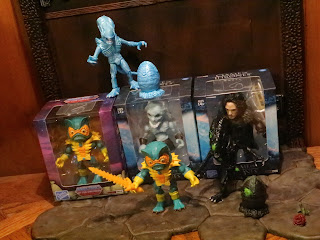 The Loyal Subjects sent me a nice mixture of figures including two Mer-Mans, two Xenomorphs from Aliens, and John Snow and a White Walker from Game of Thrones. These guys come in little boxes (easy to put in a stocking) and make a pretty cool gift for fans of these properties. Even if someone's not an action figure collector, these strike the right balance between "toy" and "desk decoration" that I think anyone who likes one of these properties would find them very respectable. 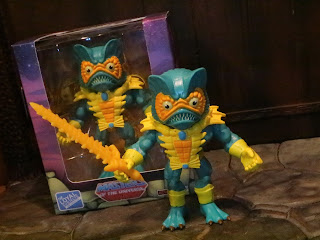 Masters of the Universe

The Loyal Subjects has done quite a few Masters of the Universe figures. I've previously reviewed Mer-Man, so check him out! He's great! These are kind of like little Masters of the Universe Classics figures and the character selection is fairly strong. My guess is that many MOTU lovers haven't picked these up yet, so these make an awesome gift. 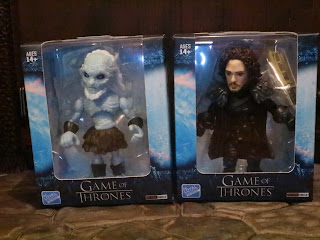 I've read all of the Game of Thrones books and enjoyed them, but I'll admit I didn't watch the show after some point in the second season. That's OK, though, because nearly everyone else in the world did and Game of Thrones is on of those properties it's currently OK to be obsessed with and not be a pariah. Seriously, anyone who has ever referred to themselves as Khaleesi would probably be thrilled to get one of these in their stocking. 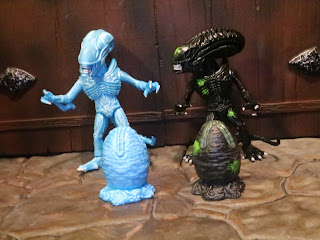 Do you dig Aliens? Who doesn't, right? While not everyone likes all of the movies, everyone loves the first two. The question becomes not whether you like both Alien and Aliens but which one you prefer. There's no wrong answer though, nor is there a wrong option in this set for the Aliens loving recipient on your shopping list. The Xenomorph variants are wicked!


I'll be reviewing the figures individually over the next week or two, so stay turned. In the meantime, check out many of the cool places that stock The Loyal Subjects merchandise. They've got more than just what's shown here, too, including Ghostbusters, Horror, and Mighty Morphin Power Rangers, TMNT, and WWE. There's something for everyone!