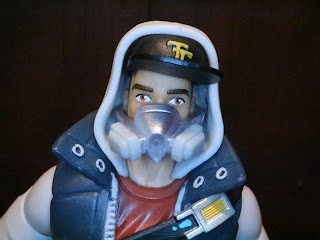 Well, both Halloween and Re-Halloween are officially over now, so it's time get back to just reviewing regular action figures. I mean, yeah, I've been doing that, but I've also reviewed horror themed figures every day for 38 days (in addition to regular reviews). I might be taking things a bit easier for a bit, although that's tough to do with so much cool stuff coming out. Today I'm checking out another figure from Jazwares' excellent line of Fortnite: Legendary Series figures. This time I'm checking out Abstrakt, a graffiti artist decked out to cause some havoc. Jazwares has released Abstrakt's female counterpart, Teknique, in the 4-inch line, but I'm not collecting those. I would love to see her in this line, though, as she has a very cool design. I mean, all the Fortnite stuff does, doesn't it? Let's check out this urban tagger and see what he's all about after the break... 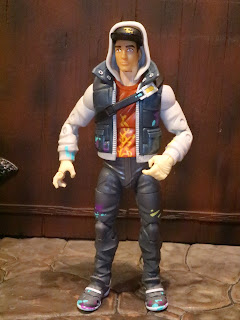 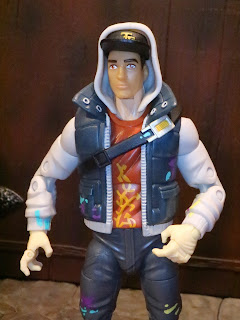 * I really like Abstrakt's design. At first you may look at him and think that he's just a guy in a coat, but there really are so many opportunities here. First of all, he's just a nice looking figure. Lots of subdued colors over a layered outfit really makes this seem like something someone would actually wear. He could be a revolutionary overthrowing an evil government. He could be a spy. He could be a random street thug fighting against your superheroes. Abstrakt is a very versatile figure and while he might seem very grounded in reality compared to some of the other figures in the line, the same level of detail and design has clearly been put into crafting this guy as you've seen on the crazier figures. 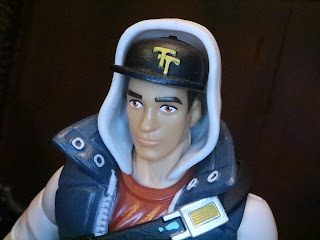 * Abstrakt has the swappable face plates, just like most other figures in the line. They're well hidden, though, and due to his hood and baseball cap you won't be seeing the seams on the side. The face plate simply tucks under the baseball cap (it's not removable) and it stays on well. Overall, Abstrakt is a fairly regular looking guy. 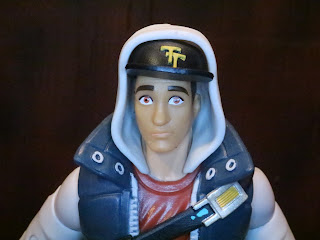 * I like this surprised look. The eyebrows and the larger eyes, along with the facial expression, just really sell this.

* Abstrakt knows that huffing is dangerous, so he always wears his respirator when he's out painting some graffiti. It also helps hide his identity! The respirator fits around his head and looks pretty cool when in place. It's a great sculpt! Remember the old Jurassic Park Dennis Nedry figure that had that green respirator? This kind of reminds me of that! (There was a series 2 Nedry that had a silver respirator, too!) 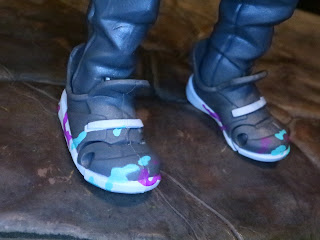 * Not only is Abstrakt wearing some sweet shoes but they're also covered in paint. That's a cool detail! 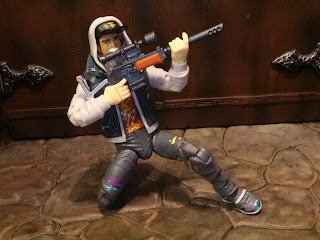 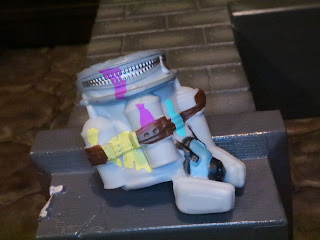 * Abstrakt's backpack is called the Tag Bag. It's a fairly standard backpack covered with useful gear such as an extra respirator and spray paint cans. It also has a massive zipper at the top which looks great. 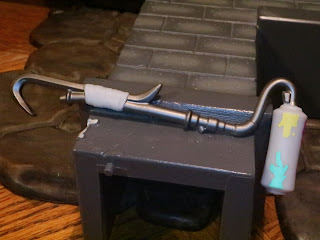 * The Renegade Roller looks like a paint roller at first, but take a closer look and you'll realize it has a crowbar attached to it. That's a cool and probably very useful feature navigating urban environments. The paintwork on this piece is great, especially the paint splotches on the roller head. 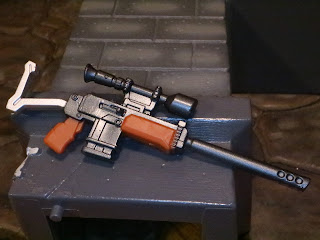 * Abstrakt has two of the coolest weapons in the line so far and first up is the semi-auto sniper rifle. I love the look of this! It definitely looks like a sniper rifle that could easily be assembled and disassembled for quick storage. It definitely has that blocky, stylized look that the rest of the Fortnite firearms have, but that's just the aesthetic here and I kind of dig it. 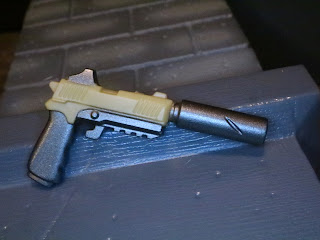 * Abstrakt's second firearm is a suppressed pistol. The pistol is very similar to DJ Yonder's pistols but there's a sight on top and, of course, the suppressor on the barrel. Again, this is a great tool for someone operating in an urban environment, which fits Abstrakt's design. 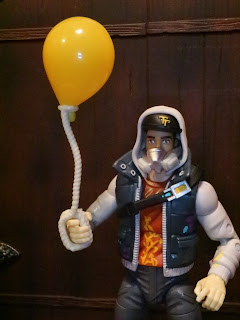 * Abstrakt comes with a balloon. Yup! A balloon. Apparently these are an in-game item that the character can use to help negate falling damage and, with enough balloons, even float. While the balloons aren't as realistic and intricate as the balloons NECA used on their various Pennywise figures, they fit the aesthetic of this line really well. Jazwares includes some seriously fun accessories here. It's always cool to get stuff like this from a video game! 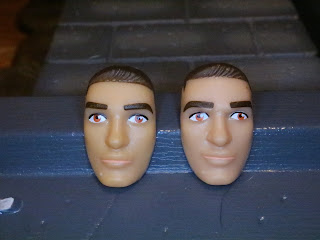 * Abstrakt comes with three face plates, but two of them are so similar. I think one of them is supposed to be smiling a bit, but it's barely noticeable. There had to have been at last one more option that was more interesting than this, right? 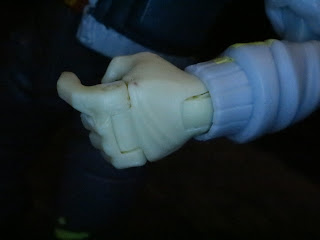 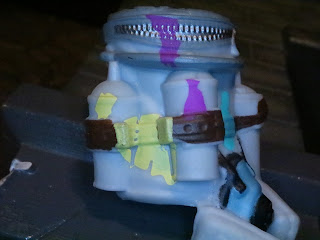 * The backpack is nicely sculpted but the fact that the spray paint cans aren't painted really bothers me. Why go to the trouble of including really nice detail like this if you're not going to paint it? 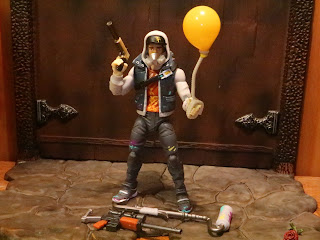 Despite a few small problems, I still really like Abstrakt. Considering these guys can be had for around $20 dollars or less, they have the best articulation of any toyline I can think of, and they have lots of really cool accessories, they're really tough to beat. Abstrakt is a fun, durable, and versatile toy that easily gets an Epic rating from me. Jazwares is doing a great job with this line and I hope it just keeps getting better and better. They need some more women, though. Valkyrie is supposed to be part of series 2, though she's not out yet. C'mon, Jazwares! Let's get rolling!