Re-Halloween Special: Pack B (Flesh) from Keshi Surprise: The Worst by Super7 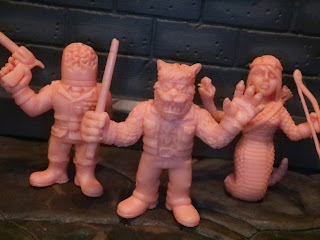 Since I've checked out both of the Teal sets and the Flesh colored Pack A, now it's time to check out the Flesh colored Pack B which includes the evil brains of the operation, Cortex Commander, the beautiful but slithery Shedusa, and everyone's favorite character: Werewolf Biker! To celebrate the upcoming gritty, reality grounded reboot of the film, simply titled Werewolf J. Biker, Super7 has really been putting out some quality merchandise. I know that Joaquin Phoenix's performance as the Joker has been getting all of the attention this year, but I'm really curious to see his take on Werewolf Biker. Throughout the film's many installments, the 3 live action television shows, and the two different animated shows, along with various foreign adaptations and television appearances, 73 1/2 actors and actresses have played the Werewolf Biker. I really think Joaquin is going to bring something to the character, which is tough, as such esteemed actors and actresses as Daniel Day Lewis, Dame Judy Dench, Danny Trejo, Jennifer Lawrence, and John Reynolds have portrayed the character over the years. Let's see how this Werewolf Biker minifigure compares to others! 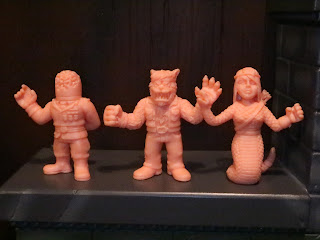 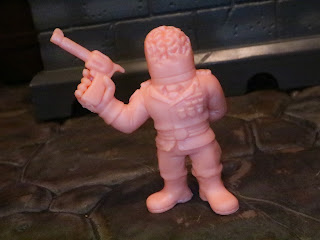 * Remember that these little fellows have actual removable accessories. Yes, indeed, that pistol is removable from the figure! Pretty nice, right? The sculpting on these figures is so sharp and clean. It really is quite amazing. 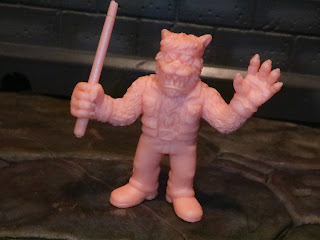 * Dang! I love this guy! This version of the Werewolf Biker is based on his appearance in the 90's Jetlag Productions cartoon (where he was voiced by Tara Strong). The toyline actually had a really weird variant that was only available as a Wonder Bread mail-in premium which featured an odd version of the character with no vest or chest fur, leaving him looking fleshy and odd. I think Super7 was trying to go for that version, and it works! 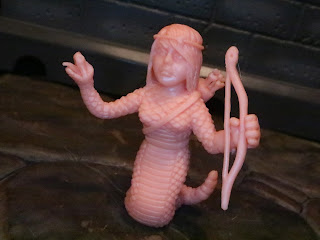 * Shedusa! She has snakes for arms!
Her hair is nice styled!
Everyone knows she carries a bow!
Dangerous arrows fill her quiver!
Unlike Medua, Shedusa is kind of cute!
Snakelike scales cover her body!
Anyone want a bit of her venom? 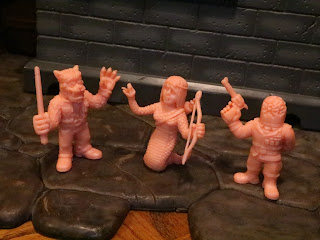 I hate that Super7 apparently has lost the rights to the M.U.S.C.L.E. name and I hate that, even more, they're trying to go blind boxed on their minifigures. Fortunately, The Worst! are getting good old fashioned 3-pack releases. These are Epic minifigures and so, so much fun! Do you love The Worst? Would you dig MOTUC styled figures of The Worst? Who is your favorite actor that portrayed the Werewolf Biker? Let me know in the comments below!

If you're a Shedusa fan, check out my review of the Keshi Surprise Teal Shedusa and the ReAction Shedusa.