Road to the Rise of Skywalker: Luke Skywalker (Yavin Ceremony) from Star Wars: The Black Series Phase III by Hasbro 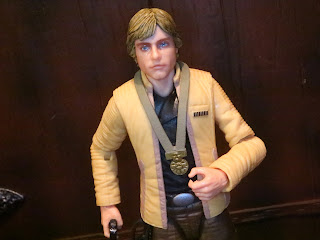 Two days ago I reviewed the exclusive Luke Skywalker (Skywalker Strikes) figure which features Luke in his snazzy yellow jacket and comes loaded with accessories. That figure was based on Luke's appearance in the first six issues of Marvel's Star Wars comic series that started in 2015. Today I'm checking out the standard release of this figure which is called Luke Skywalker (Yavin Ceremony). OK, actually it's called Luke Skywalkwer. Yes, Skywalkwer. With a typo. This is the 100th numbered standard figure in Phase III of the Black Series and Hasbro misspelled Luke's name. That's pretty crazy, right? Anyways, this figure is nearly identical to the exclusive/ deluxe release although the accessories are different: The Skywalker Strikes version comes with all kinds of cool stuff while this version only comes with Luke's Defender blaster pistol and Luke's medal from blowing up the Death Star. Let's check this guy out and see out he fares after the break... 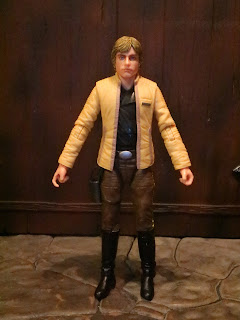 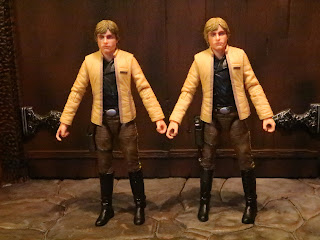 *On the left is the Yavin Ceremony Luke while the Skywalker Strikes Luke is on the right. The only physical difference I notice is that the Yavin Ceremony Luke has slightly darker hair. Otherwise, these two figures are identical. If you're really picking up both of these, like me, then you know you're doing it for the accessories. That medal was just too irresistible. Hopefully someday we'll get Leia in her Yavin Ceremony outfit. Heck, I'd love a set of the cast in their publicity still photos. Luke in the black shirt and Leia with her hair down. 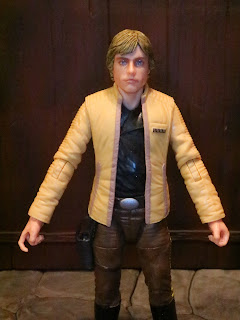 * This is one of my favorite Luke Skywalker outfits and Hasbro did an excellent job of capturing it. They didn't do anything different with this figure from the exclusive Skywalker Strikes release, so they are pretty much exactly the same figure with different accessories, but it's accurate to both the film and the comic look. I love the subtle lighter stripes on the jacket and the design of the black shirt underneath. This is such a cool outfit!

*The articulation is the same on this figure as on the Skywalker Strikes release, which means it's excellent. Hasbro is bulls-eyeing Womp Rats in their T-16 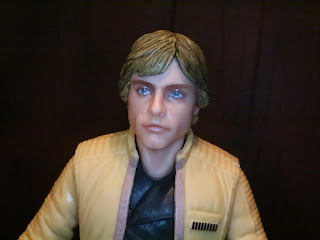 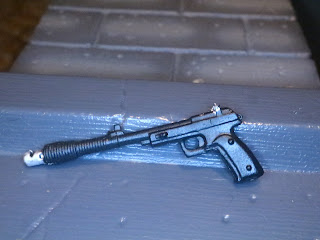 * I've always loved the look of Luke's outfit in this series of publicity stills (I'd love another variant of this figure without the jacket). In these, you can see Luke is carrying a Defender sporting blaster, just like Princess Leia. Luke's is just a little different than Leia's, though. This is blaster also comes with the Skywalker Strikes version of the figure, by the way. 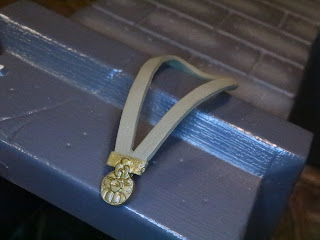 * Here's the unique piece: Luke's medal! Admit it. You've also always dreamed about Leia giving you a medal like this and then giving you this look. This is a cool piece and it just feels like a vital Star Wars accessory to me, so I couldn't pass it up.

*Let's be honest, though: Hasbro essentially held the medal hostage to get us to buy this figure again. Skywalker Strikes went on preorder before this guy released, just FYI. 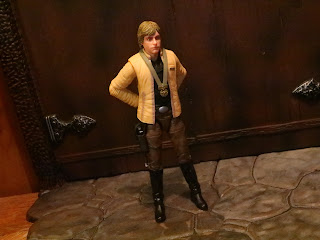 Luke Skywalker (or Skywalkwer) is a Great figure. He's definitely not as cool as the Skywalker Strikes variant but if you're not interested in all of the crazy cool accessories that guy comes with, then this is still a very worthy choice. I do wish he had come with his lightsaber, though. I still think it's a little rotten that Hasbro gave both figures different accessories, though. Imagine if this guy had some extra arms with the black sleeves instead of the jacket? That would be amazing! As it stands, yeah, some folks will want one Luke and some the other. And then some of us need a small plastic medal. It's out lot in life.


I've reviewed so many Luke Skywalker figures that Luke now has his own review archive. Check out Tosche Station for all things Luke Skywalker!