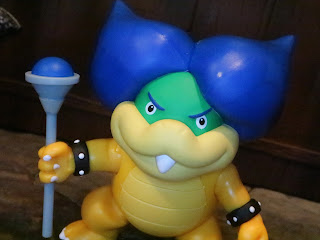 It's been the better part of a year since I last reviewed anything from Jakks Pacific's Super Mario line but when I stumbled upon the new Ludwig figure, I had to pick it up. One of the Koopa kids (who aren't considered to be Bowser's actual children anymore), Ludwig von Koopa is the eldest of the group definitely the one with the funkiest hair. I remember these guys first appearing in Super Mario Bros. 3 back in the day. It was pretty fun to see the roster of Bowser's minions expand so heavily at the time. This guy is definitely based more on his more recent appearances in games like the New Super Mario Bros. titles, though he hasn't changed that much over the years. Ludwig is the first of the Koopalings to appear in the Super Mario Bros. line, although Iggy was released in the World of Nintendo line (though I never found one). Let's check him out after the break... 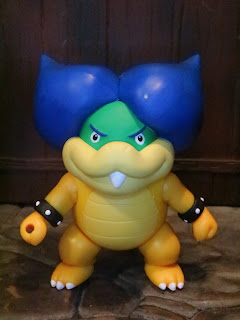 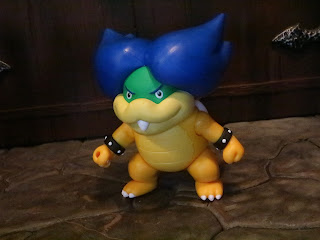 * One of the strengths of both the Super Mario Bros. and the World of Nintendo toylines is the way that Jakks manages to capture the style of the Nintendo characters. Big, bold, and very smooth looking kind of summarizes up the Nintendo aesthetic and Jakks almost always seems to translate it into action figure form. 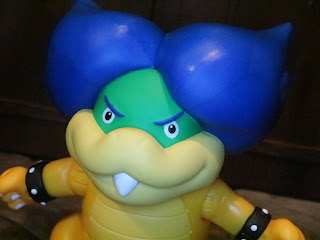 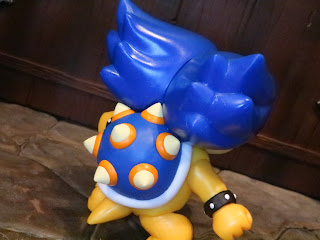 * Like any good Koopa, Ludwig has a shell covered in colorful spikes. Don't try to jump on his back! 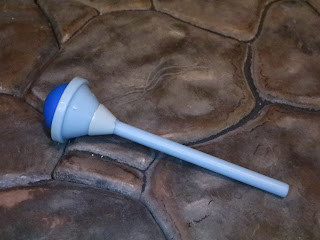 * Ludwig comes with his magic wand, which can fit in his right hand. It's a simple sculpt but it looks like the character's accessory from the games and it features a darker blue paint app for the orb on top. 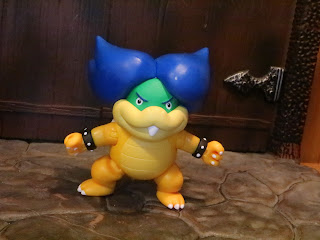 * Ludwig is by no means "super articulated" but he definitely has a few joints, all swivel/hinge, which allow him to take some poses. You shouldn't have any trouble finding some way to pose him that you'll like on your shelf. 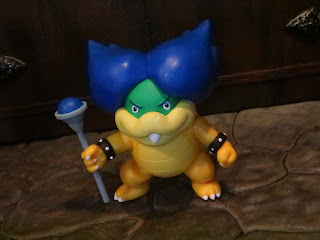 For $10 bucks (the prices on these, at least at Target, seems to have come down), this is really a very well done Nintendo action figure. Seriously, you're really just not going to find many (any?) other action figures of Ludwig von Koopa out there. He's a great looking, sturdy, fun toy. For the price, he's a Great and a 1/2 figure of a character. I really hope Jakks continues this line, getting around to all of the Koopalings (and a release of Iggy) along with some other kep SMB characters like Daisy, Rosalina, Birdo, and more.