Action Figure Review: Shadow Orko from Masters of the Universe by Super7 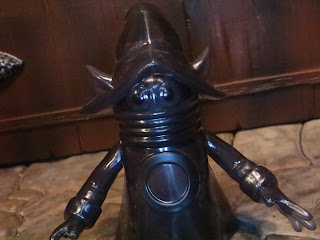 I've now covered all of the uniquely sculpted figures from Super7's most recent series of neo-vintage Masters of the Universe action figures but that doesn't mean there aren't a couple of variant left. Today I'm checking out the first of the two color variants from series 4: Shadow Orko! In episode #73 of She-Ra: Princess of Power, Shadow Weaver ends up stealing Orko's shadow, along with his magic. It turns out, though, that Orko's shadow ends up acting on its own! This really isn't Shadow Orko; it's Orko's shadow! I love Orko and I'm not sure I could get sick of Orko variants. Well, I'm sure at some point but for now I think this turned out to be a pretty cool variant of Orko, which Super7 released in series 3. Let's check out Shadow Orko after the break... 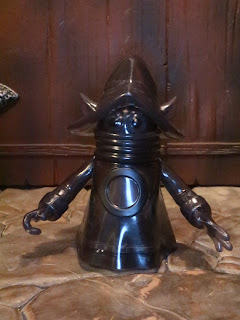 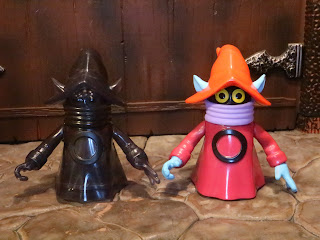 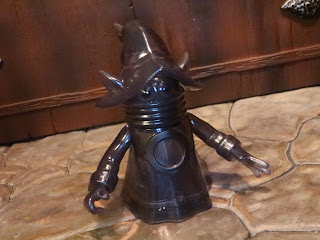 * Orko is still a really nice sculpt, just like the standard figure, and while you can't appreciate his bright, colorful paintjob this time, it's pretty cool that Super7 molded him in a smoky gray plastic. It's very cool! He's translucent and kind of specter like (but not Mighty Spector like).

*He has the same articulation as the standard figure, too, including rolling wheels on his base. 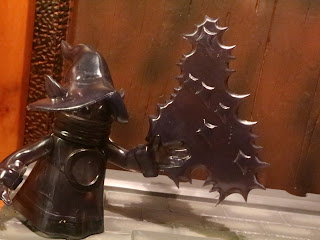 * Orko comes with quite a few accessories, the first of which is a pretty large "magic burst" effect. It fits over his left hand and shows off Orko's magical powers in action. This one isn't colorful like the standard figure's blast, though, and is also molded in the same shadowy plastic. 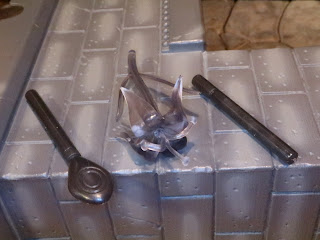 * Orko also comes with both of his wands and the Eternia Flower. They're also molded in the smoky gray plastic, making them a bit more specific to this figure. 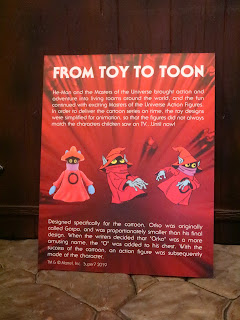 * One of the things I really enjoy about this line are the art cards included with each figure. They kind of mimic the look of the minicomics in the vintage packaging but they're a simple cardstock art print. On the front is a picture of Orko from Emiliano Santalucia while the back features three images of the character from concept, to cartoon star, and then to toy. 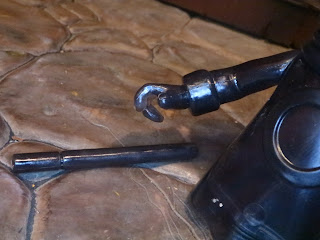 * Orko's right hand is designed to hold either of his wands but it is near impossible to get him to hold anything. The standard figure gave me a bit of trouble but this one just seems like a hopeless cause. I can't get anything to stay! 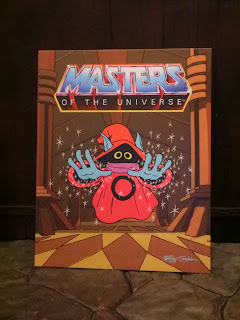 * I wish Super7 would have given us some different art for this variant and maybe a little context on the art card. I know they're trying to get some more mileage out of molds, especially now that Mattel is putting a hold on this line so that it doesn't effect the sales of the Masters of the Universe Origins toys next year, but c'mon! A little extra effort would have been nice! 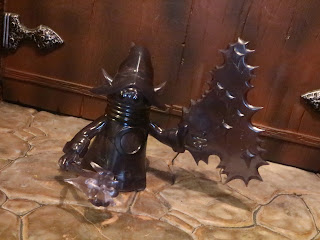 While he's not as good as the standard figure, Shadow Orko is still a fun, well made variant. Yeah, it's pretty frustrating that he can't hold his wands, but otherwise he's still a cool, unique toy. Seriously, how good does it feel every time you get to add a new MOTU figure to your vintage/ vintage styled lineup? Orko's a Great figure. I still prefer the original, but this one definitely still feels pretty unqiue and, depending on how you look at it, could count as a separate character in the line.