Minifigure Review: Scareglow from Masters of the Universe: Mega Construx by Mattel 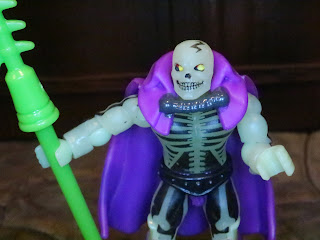 It's a Christmas miracle! Scareglow has been showing up at bargain outlets stores! Over the past year Mattel has really ramped up their dedication to the Masters of the Universe: Mega Construx line with the release of the Wind Raider, the SDCC exclusive Battle Bones, and even Castle Grayskull. The figures, however, were still sold as part of the Mega Construx Heroes brand, meaning that alongside the MOTU cast were also characters from Hellboy, Aliens, Star Trek, TMNT, the X-Files, Terminator, and more. While the MOTU figures seemed to sell well, it seems that Mattel wants to sell them under their own brand, so next year we're getting a specific Masters of the Universe range of figures. Anyways, what does this have to do with Scareglow? Well, Scareglow was part of the fifth series of figures (along with Stratos, Donatello, a grey alien and Mulder from the X-Files, and a blue Xenomorph) which showed up briefly in some Walmart stores and then disappeared. Walmart stopped carrying the Mega Construx Heroes figures, making Scareglow a victim of Phantom Series syndrome!  He's been showing up lately at places like Bargain Hunt and Essex, however, so get out and track down one of the coolest mini MOTU figures yet. Let's check out Scareglow after the break... 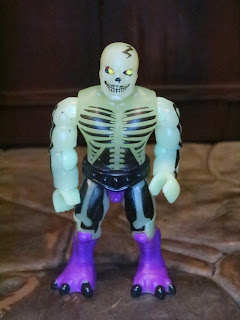 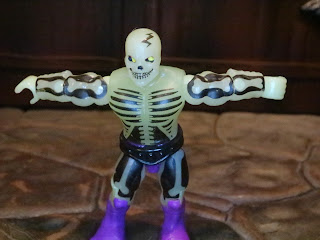 * Scareglow is one of the MOTU figures who showed up in 1987, late in the vintage line's life. While few people owned him as kids, he really has developed a cult following in recent years. While many later MOTU figures used completely unique bodies, Scareglow was part of a group of figures that was consisted of mostly reused parts. There's not much new here, either, though the printed "bone definition" on his body looks great and the paintwork is excellent for such a small figure. 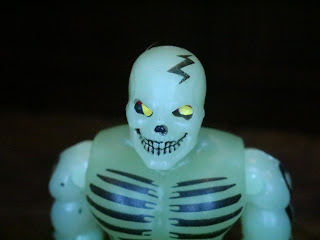 * Scareglow has his own unique head, which looks more like a traditional skull than Skeletor's head does. He's got well detailed teeth, yellow eyes, and the signature crack across the left side of his skull. 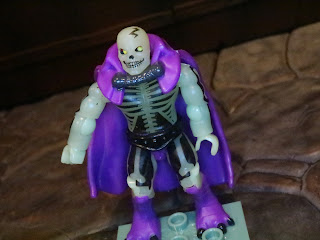 * Scareglow's cape is excellent; it really looks like a miniaturized version of the MOTUC Scareglow's cape. It's held on by a peg that attaches to Scareglow's back and it simply rests on his shoulders. If you want to take it off, you gotta remove his head (which is easy). 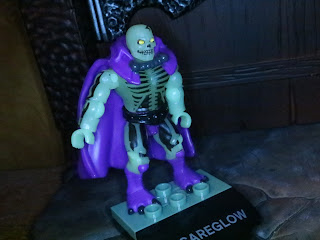 * Scareglow is known for his evil, paralyzing glow, so it only makes sense that he glows in the dark. How crazy that I've reviewed two glow in the dark MOTU figures, huh? Anyways, his glow looks fantastic! He'll make a great addition as a roaming spirit wandering around outside of Castel Grayskull. 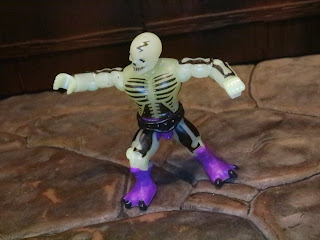 * If you haven't played with one of these yet, you need to. They are very, very impressive. The articulation is incredible! Seriously, these are some of the most well articulated toys you will find. They're durable, poseable, and really, really fun. Heck, you can even customize them easily, too. These are pure hand candy! 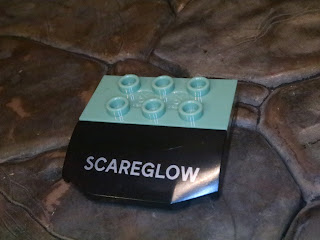 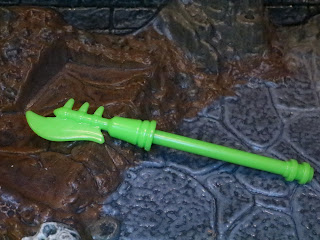 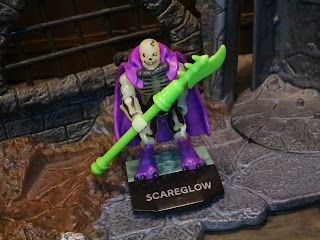 I really like these minifigures and Scareglow is another Epic release from Mattel. I'm really excited to see how this line expands next year, as it appears Mattel has some great things in store for the line. Scareglow is a terrific figure with a very cool appearance, a great accessory, and the always cool glow in the dark feature. He's one of the best figures yet released in the line, so definitely try to track one down. He probably will be rereleased at some point in the future, but if you can get one now for a reasonable price from somewhere like Bargain Hunt, do it! This guy is too cool to miss.


If you're a Scareglow fan, check out my review of the MOTUC Scareglow and the ReAction Scareglow.