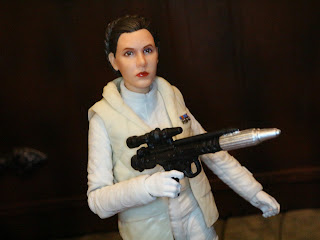 Today I'm checking out another figure from the most recent series of Star Wars: The Black Series figures and it's another one I've been really looking forward to: Princess Leia Organa in her Hoth gear. I've always liked this costume and it really ranks pretty high up there as one of my favorite looks for Leia ever (my favorite Leia costume ever is actually the Terry Dodson design from the Mark Waid penned Leia comic. This Terry Dodson and Rachel Dodson Leia image is possibly my favorite piece of Leia art ever), plus it's from The Empire Strikes Back, so that automatically makes it vital for a respectable Star Wars: The Black Series collection. Let's check out this new version of Princess Leia Organa after the break... 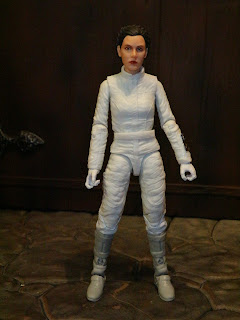 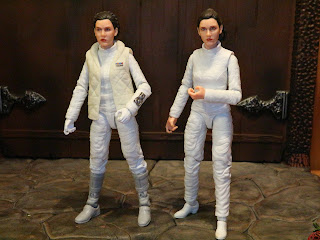 * Earlier this fall Hasbro released Princess Leia (Bespin Escape) as a Target exclusive. While the figures do have a lot of differences, they also share the same basic body, upper legs, and arms. The headsculpts, left forearms, lower legs, hands, and accessories are all different, however, so the reuse is way more minimal than you might initially think. 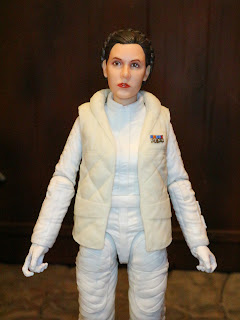 * Leia is an incredible looking figure! Seriously, she may not be one of the flashiest in the line but she's incredibly faithful and lifelike. Hasbro has truly improved this line since last year and Leia is another figure that shows off the benefits of working in the 6 inch scale versus the traditional 1/18th scale. Her outfit looks incredible and if I were a kid playing with these, this would definitely be my default "adventuring" Leia. 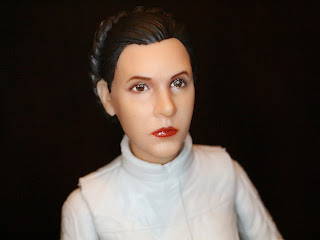 * The headsculpt is beautiful. The sculpt is not only solid but the faceprinting process really makes the likeness rather uncanny. This is a beautiful sculpt that captures the likeness of a young Carrie Fisher quite well. 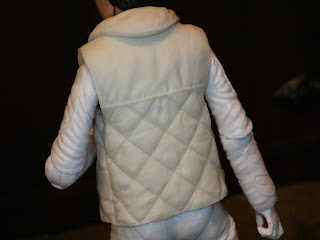 * Leia's vest is removable. It looks great and is molded in a fairly flexible plastic that makes it easy to remove and put back on. 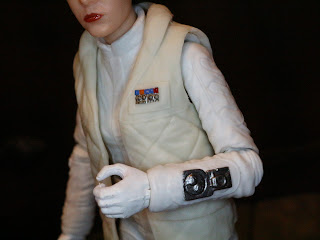 * There are lots of cool little details on Leia, including the rank insignia on her vest and the wrist communicator on her forearm. Again, lots of tiny detailed sculpting and solid paint applications. 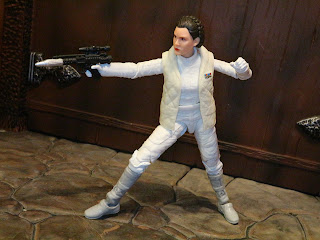 * Leia is nicely articulated. Leia is a woman of action and this figure is fully able to give her a chance to show off her skills. The articulation is great here and makes the figure incredibly fun to pose in various Stormtrooper slaughtering poses! 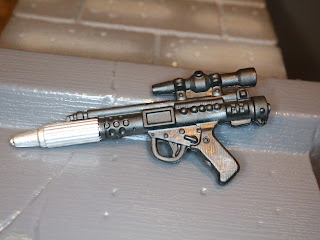 * Leia comes with a DH-17 blaster, which Carrie Fisher can be seen holding in a few publicity photos. It's a great blaster and its use among Rebel troopers makes it a solid inclusion with the figure. 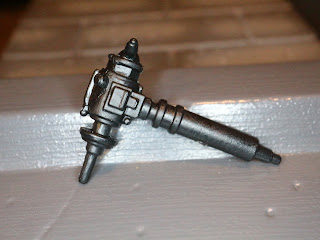 * Leia comes with the welding torch she uses to help repair the Millennium Falcon. Technically it should be attached via a cord to a small power source but for a more minor accessory here, I'm going to give Hasbro a pass. It's a cool inclusion with the figure and gives her another way to be displayed. 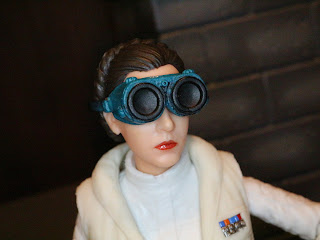 * Leia also comes with a pair of welding goggles. They look great and actually fit over her head. You can rest them on her forehead too, if you want. They're quite a cool piece. 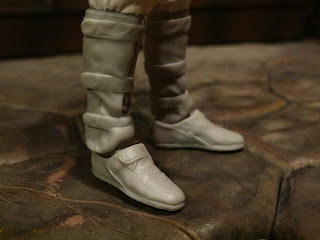 
* Leia's boots look great but Hasbro definitely has been leaving some fairly noticeable gaps in the ankle joints on Leia figures. It seems to happen to Leia often, possibly because of her smaller stature. I wish they'd get the joints to be a little more flush! 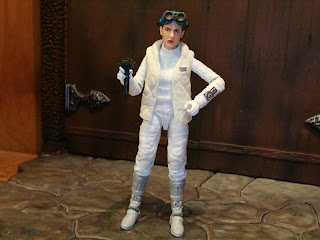 Leia is another Epic figure in what has turned out to be one of the best sets of figures released in the Black Series. Leia is another figure that could easily be a top 10% figure in the line. While it would have been nice if Hasbro had thrown in a breathing mask so she could be displayed alongside of the Exogorth Escape Han, what we got here is pretty impressive. Star Wars: The Black Series is definitely going to be on my 2018 best of the year list and this version of Leia will probably be in my top 10 favorite figures of the year as well. We now have two of the four Empire Strikes Back versions of Leia, so let's Hasbro has plans for the other two next year!