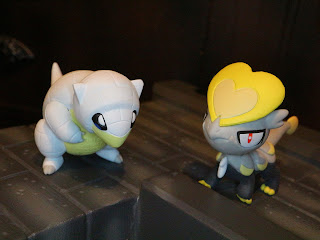 A couple of years ago I discovered that Tomy was making Pokemon action figures and I picked up an Ash Ketchum and Pikachu set to go along with my World of Nintendo figures. I haven't purchased any since then but I have been tempted a time or two. On Friday I stopped by a GameStop to pick up a controller for my Switch to better play Super Smash Bros. Ultimate and I found all of GameStop's Pokemon figures on clearance for half price with an additional 50% off the clearance price, meaning I paid a little under $2 for this set. Anyways, I'm not the biggest fan of the games but I really do like Pokemon and I love minifigures, so these are cool little minifigures. The Alolan Sandshrew vs Jangmo-o set features two more recent Pokemon that I wasn't entirely familiar with but I always love the designs, so who cares, right? Let's check out this set after the break... 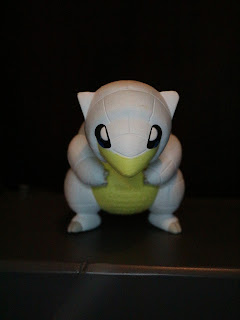 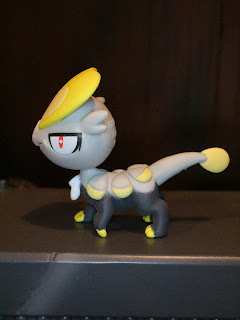 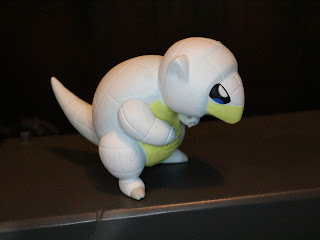 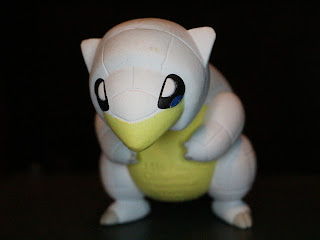 * He's quite cute! The Alolan Sandshrew has an adorable face and I love the white and yellow color scheme. He really is a solid little minifigure and is quite nicely done, if not perhaps a bit plain. 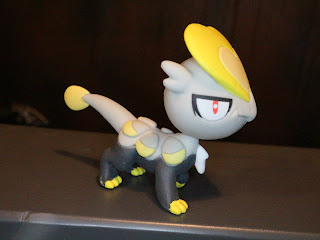 * The second part of the set is Jangmo-o, a scaly Dragon type Pokemon who also was first introduced in Generation VII. It's another adorable little fellow although the personality of the Jangmo-o is supposed to be quite valiant and dedicated to it's training. The little ovals hanging off of it's body are intended to be scaled of armor that help protect it during battle. 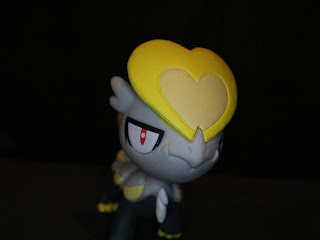 * Jangmo-o's beak and eyes are really well done as is the heart-shaped armored crest on it's forehead. The Jangmo-o uses this like a shield in battle, so it tends to only face forward when fighting. 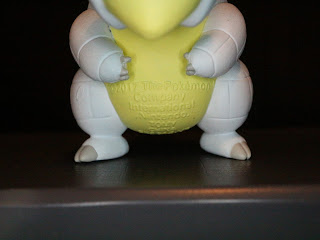 * Alolan Sandshrew has all of the legal information stamped right onto it's stomach where it is highly visible. That's a bit of a drag, right? 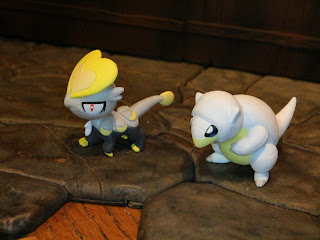 If you pay retail price for these, between $6-$7 bucks, you're getting two nice minifigures for around $3 and some change each. That's not bad, although it's a bit pricier than I would expect for mass market minifigures. Still, these are quality little guys and the fact that they're not blindbagged it impressive and very much welcome. This is a Good and a 1/2 set and makes for a nice pairing of two newer Pokemon minis. I believe that there are currently 809 Pokemon but I have no idea if Tomy has made that many. I do like that Tomy has continued with this line in a similar scale and style, only updating packaging, while also trying to be mindful of scale. If you dig these little guys, check your local GameStop and see if you can score a pack, too.

These are the first figures of Alolan Sandshrew and Jangmo-o I have reviewed on the site.

For more Pokemon reviews, check out the following: