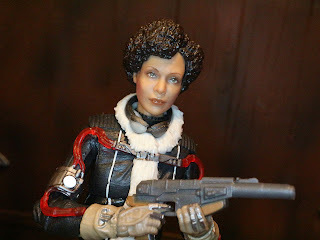 Today I'm checking out the last figure in the newest series of Star Wars: The Black Series figures and whether she's the best or not may just very well be a matter of personal opinion. Val is absolutely another star of the Black Series this year and is another figure likely to end up in the top 10. I really like Thandie Newton's role in Solo but, sadly, it was very short. Like with Rio Durant, Val really didn't get that much screen time to be fleshed out fully as a character. It's possible that this was done to not allow us to get attached to the characters and then have our hearts broken, like in Rogue One, but it still would have been great to have more time with Val. Hasbro certainly didn't skimp on the figure, though, so let's check her out more closely after the break... 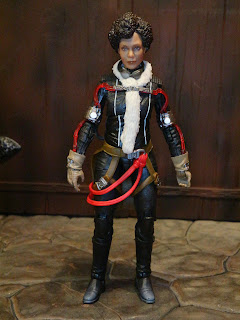 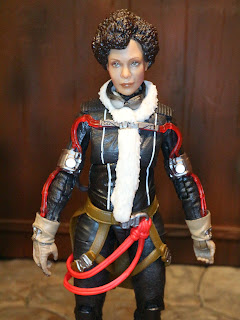 * Val is stunning. She's easily one of the most realistic looking figures in the line thanks to not only the fantastic work on the portrait but also the amount of detail and intricate sculpting on her outfit. She really has a cool costume and it's a shame that we got to see her in action for such a short time in the film. There are so many interesting elements here! 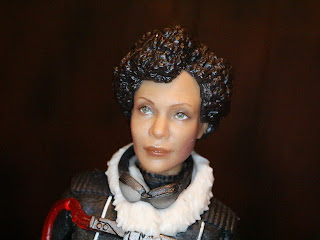 * The portrait is beautiful and again shows off the faceprinting technology so well. It looks just like Thandie Newton. The hair is perfect, too, and really looks like it has a very realistic texture to it. Of course, she also has a balljointed neck and a balljointed head, so you can get some great, expressive poses here. 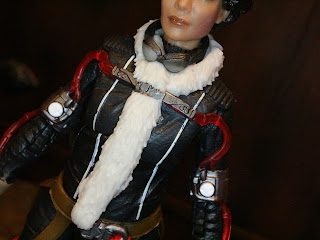 * Since this is Val in the outfit she wears on Vandor, she's wearing some gear to help her deal with the cold weather on the snowy world. Her jacket's Mastmot fur lining is well textured while her goggles are a separate piece (although permanently attached to the sculpt). The Official Guide mentions that these goggles were "borrowed" from the Xan sisters, a pair that Val mentions the Beckett Gang should have hired on Vandor rather than bringing along Han and Chewie. 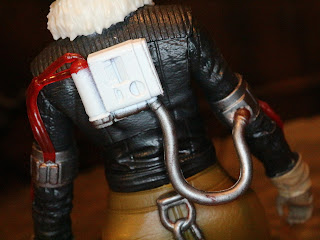 * Val is wearing an interesting backpack that seems to be a power source for both her electromagnetic climbing gloves and her sensor jamming equipment. I love the crisp detail and amount of paintwork here. It looks fantastic and really has that unusual, intriguing feel that some of the coolest Star Wars costume designs have. 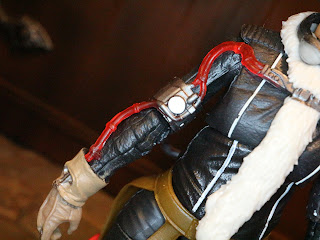 * The cables running up and down Val's arms are supposed to power her electromag grip gloves. The gripping plates are visible on the gloves and the translucent cord looks fantastic. It's flexible enough that you can pose the figure like normal, too. This is some darn cool work here. 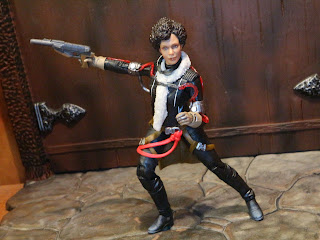 * Val has great articulation. Seriously, even with all of the cables and cords across her body this is still some of the best we've seen. She looks great in any number of poses and is insanely expressive. 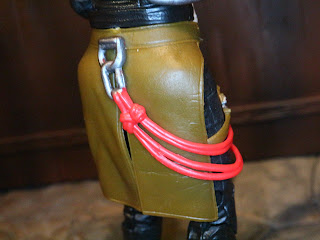 * Val has her climbing gear around her waist. It also is made from a softer, more pliable plastic and is neatly painted. I love how complex Val's outfit is! 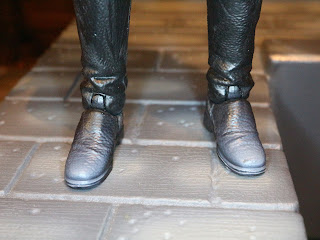 * Here's a small but cool detail: Val actually has a dusting of snow from Vandor on her boots. Cool, huh? 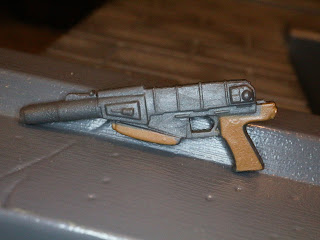 * Val's blaster looks awesome, doesn't it? Too bad we only got half of the weapon here! In the movie Val uses a grappling hook type weapon that is adapted from a net-throwing weapon. Here's what the weapon should look like! Looking closely at pictures I found online and in the Official Guide, I believe that this "blaster" is just the base weapon. Why not give us the whole device? 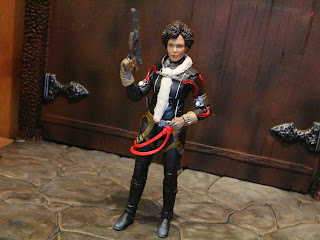 This is the first action figure of Val I've reviewed. For more Star Wars: The Black Series figures, check out the following: