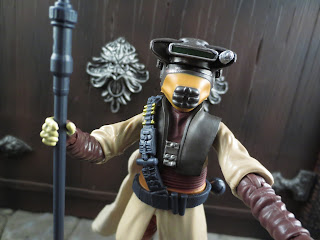 Does Princess Leia have any costume in the original Trilogy (or in the Force Awakens) that is less than awesome? I've always been a huge fan of Leia's Boushh disguise which she uses to infilitrate Jabba the Hutt's Palace. Impersonating the deceased Ubese bounty hunter Boushh and dragging Chewbacca along as her "bounty," Leia makes a valiant effort at attempting to free Han Solo from the clutches of the vile gangster. There have been four releases of Leia in this outfit in the traditional 1/18th scale line and I'm not sure there has been a bad figure of her yet. I remember how amazing the POTF2/ Shadows of the Empire version of this figure was back when it was first released! Released last year as part of The Black Series: Phase II, Leia is another figure I've never seen in stores. I finally just ordered her from an online vendor, paying a bit of a markup in order to secure her before her price sky rockets. Is Princess Leia Organa in her Boushh disguise as great as the figures which have come before her? Find out after the break... 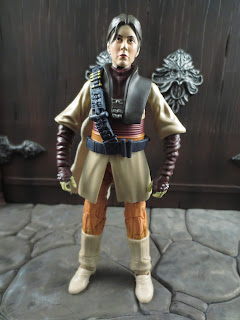 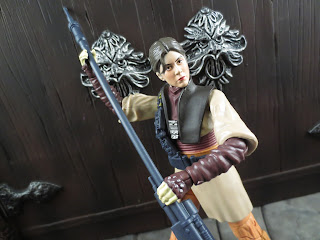 * Like most of the Black Series figures, Leia feels very durable and has some good quality articulation. Her upper torso articulation should allow you to pose her in multiple ways such as beating the snot out of Jabba's guards with the staff or threatening the big guy himself with a thermal detonator. 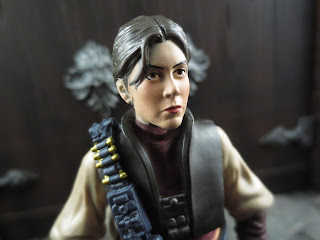 * This is a gorgeous Leia sculpt. Seriously, it's beautiful. I love it! Hasbro really dropped the ball on the Slave Leia figure but they've captured Carrie Fisher's likeness pretty well here. The determined look on her face is just perfect! 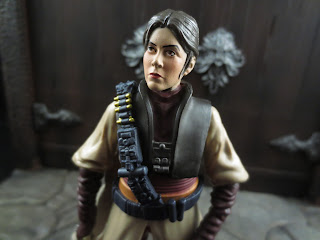 * I really just love the detail on the armor here. It's a bit soft in some places but it really does give off a layered look that seems like it would realistically serve as a disguise by hiding the frame of a smaller female like Leia. 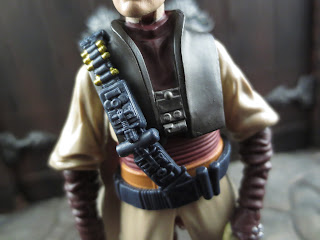 * The bandolier and belt combo is a nicely detailed piece that, while not removable, is a separate, free floating piece. There is a peg on the back of the belt that helps to keep it from shaking around. If you found a way to disassemble the torso, you could easily remove this piece. But why would you? It completes the Boushh disguise perfectly. 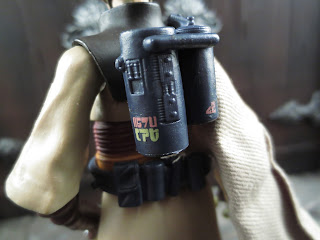 * The backpack is a separate piece. It attached on Leia's back easily and stay on nice and tight. It also has some cool writing on it. I really did pull up an Aurebesh alphabet to try and translate this but I've come to the decision that the writing is in Ubese, and thus there's no way to translate it. It's pretty sweet looking, though. 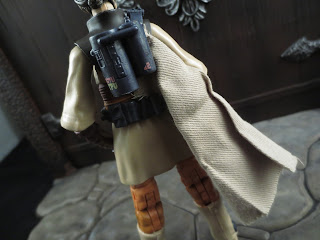 * The cape hanging off of the Boushh disguise is actually a soft goods item. It looks really good, much better than plastic could ever work, at conveying a cape. This is an excellent use of soft goods and shows how they can be handled effectively in a 6 inch scaled toyline. 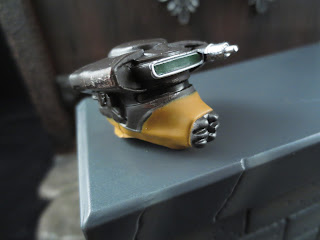 * Boushh's helmet has a nice amount of detail and looks pretty accurate. It could use a bit more weathering but overall I like it. 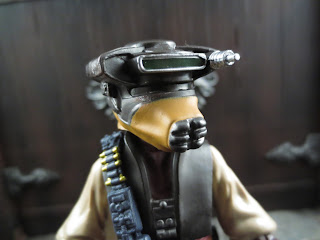 * I think the helmet looks good on Leia's head. The Boushh helmet is already a little big so the slightly oversized appearance seems to match up with the onscreen appearance of the costume. 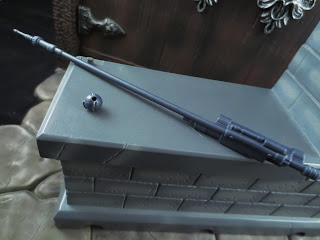 * Leia comes armed with her electrostaff and a thermal detonator. The electrostaff is way better than the version that came with Slave Leia and is actually taller than Leia, as it should be. The thermal detonator is a cool little accessory that easily fits into the palm of Leia's left hand. It's useful for aggressive negotiations. 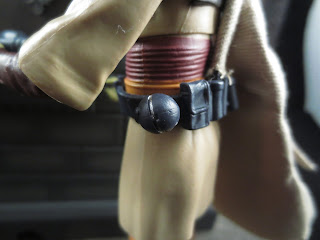 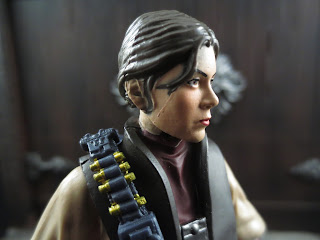 * There is a bit of funky paint on Leia's right cheek. It's tough to see with the naked eye but I noticed it when uploading this picture of her profile. Not sure what happened here. 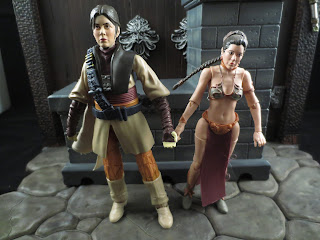 * Back in my review of Slave Leia from 2013 I pointed out that the scale between the main three (Luke, Leia, and Han) in Star Wars Black was indeed accurate. I actually tracked down the measurements of the stars, measured the toys, and did the math. The problem is that we're not accustomed to seeing toylines taking scale too seriously, so everyone complained that Leia was too small (but remember Carrie Fisher is only 5'1). Well, Hasbro made her larger. This new Leia doesn't look bad next to other figures but next to Slave Leia? She looks ginormous. 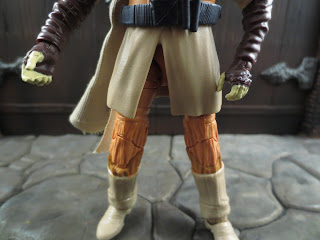 * There's a lot of good articulation in Leia's legs, but the hard plastic bottom of her tunic definitely inhibits them a but. You're really not going to get any wide or deep stances out of this Leia. 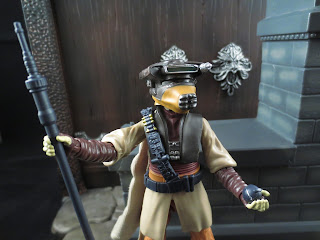 How have we only received two Princess Leia figures in the Black Series so far? Luke has six, Han has four (five if you count the piece of carbonite that came with the SDCC Boba Fett), but Leia only has two? There's a upcoming Episode IV Leia rumored, so let's hope that figure makes it's way to us soon. Fortunately, while Slave Leia was a bit disappointing, Leia in the Boushh disguise is one of the best figures in the Black Series. She's incredibly fun and nearly everything about the figure is done right. She gets a Great and a 1/2 from me!