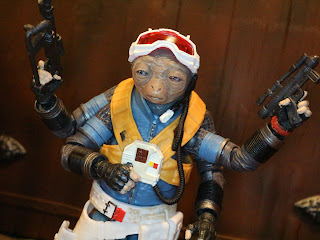 I'm getting ready to chastise Hasbro two times, but for completely different reasons. First: Darn it, Hasbro! Why in the world was Rio Durant not released as part of the initial line up of toys for the Solo product debut? Seriously, Hasbro: You should have had characters like Rio, L3-37, Tobias Beckett, Dryden Vos, and Qi'ra in the outfit she actually wears for most of the film ready for the film's release. What the heck? Now, for the second chastisement: Darn it, Hasbro! How am I supposed to make a list of the ten best Star Wars figures of 2018 when you keep putting out better and better figures? Rio Durant is another figure could easily be one of the best of the year. Discover why this Ardennian is one of the best Black Series figures yet released after the break... 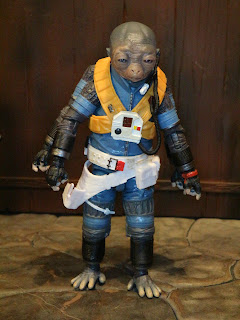 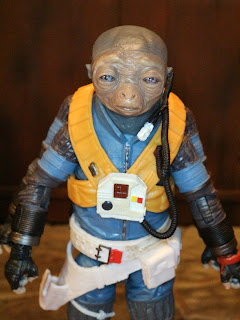 
* Dang, Rio looks great, doesn't he? Rio Durant is the first Ardennian we've met in the Star Wars galaxy and Hasbro did a great job of capturing the character's likeness. He's short and decked out in pilot's gear. With four arms, chest straps, a wired headset, and a holster, Rio feels like a very substantial figure who is loaded with sculpted detail. 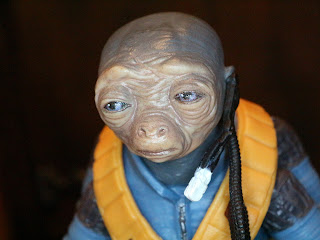 * The headsculpt is quite good. It's accurate and captures Rio's likeness well, particularly his wrinkly skin and his eyes. I wish he were a bit more expressive and had more visible hair on his face, but the likeness is solid. He also has an earpiece in his left ear that is attached via a cord to his vest. The earpiece is removable and can be positioned up and down, however. 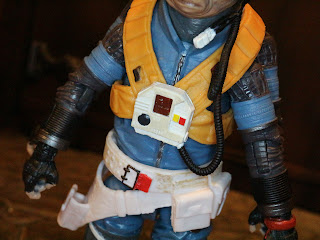 * Rio's harness is quite detailed. It's a separate piece and features lots of detailed paint applications. I'm really digging it as well as the flight-suit details underneath. 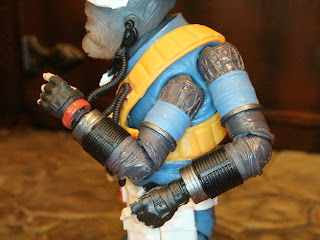 * Here's a quick shot of Rio Durant's arms. Again, as an Ardennian, Rio has four arms. He kind of reminds me of Deadeye Duck from Bucky O'Hare! Anyways, not only are his sleeves really detailed but hi arms are insanely well articulated. 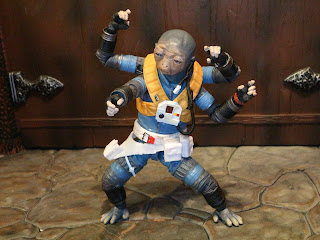 * While he is smaller than most figures in the line Rio Durant actually has more articulation, particularly due his multiple arms and inclusion of a balljointed waist. He is insanely fun to play with and looks great in multiple poses! 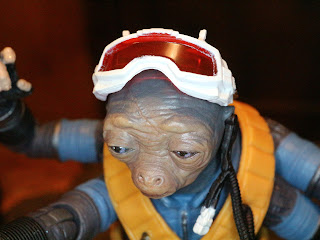 * I'm a sucker for goggles and this most recent series of Star Wars: The Black Series figures has a few figures with removable goggles. Rio has some great oversized goggles with translucent red lenses. They are meant to be displayed on the fiugre's forehead bit, with a little finagling, you can position them over Rio's eyes as well. 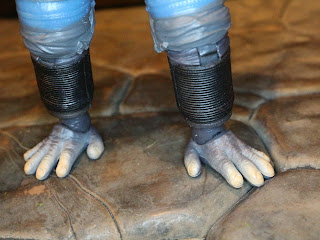 * Not only does Rio Durant have four hands but he also has interesting hand-like feet. They're well articulated and he can stand well on them. What else is there to ask for, right? 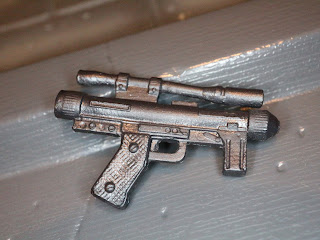 * Rio includes a SE-14r light repeating blaster. It's a really nicely sculpted version of one of my favorite Star Wars pistols and Rio Durant looks awesome wielding it. 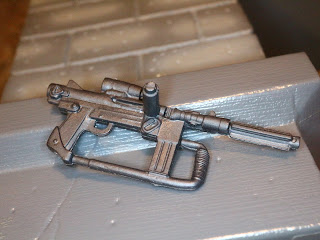 *  I'm not sure what model of blaster this is that Rio's toting but I like the design. It's really cool and has a great vibe to it. 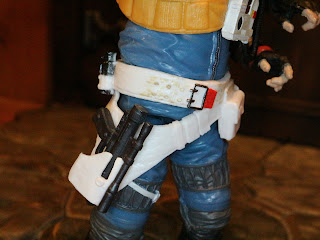 * Last, but not least, Rio has a belt with a functional holster to store his blaster. It's quite detailed and looks fantastic. 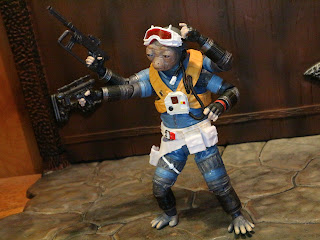 Man, Rio Durant is another homerun for this line, right? Awesome articulation, incredible sculpting and paint, lots of cool detail, and two blasters. While I wish Hasbro had figures of the main crew ready for retail when Solo first came out, that doesn't at all negate the fact that they did an amazing job with this one. Rio Durant is confirmed Epic and is absolutely going to be on my top ten Black Series figures of 2018 list. Probably. To be honest, Hasbro just keeps cranking out better and better figures in this line so it's tough to say who will make it on there. Rio has a pretty awesome shot, though.


This is the first action figure of Rio Durant I've reviewed on the site. For more Star Wars: The Black Series figures, check out the following: