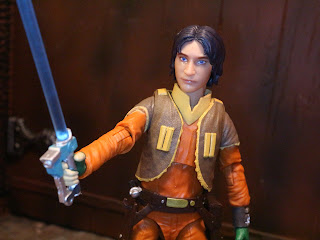 Behind the now-assembled ESB bounty hunters, my next most anticipated subset in the Black Series has been the crew of the Ghost, also know as the Spectres. I love Star Wars: Rebels; it's not only one of my favorite Star Wars things since Disney's take over of Star Wars but probably one of my favorite Star Wars things in general. The crew of the Ghost managed to not only be incredible characters but also had some of the most visually appealing character designs ever seen in Star Wars. The Rebels crew managed to have classic Star Wars looks while also having very colorful, appealing color schemes, a balance that the Sequel Trilogy has really struggled with finding in costume designs. Ezra changed and matured a lot during the Rebels, though this figure depicts him during the earlier seasons of the show. Let's take a look at young Ezra Bridger, aka Spectre 6, after the break... 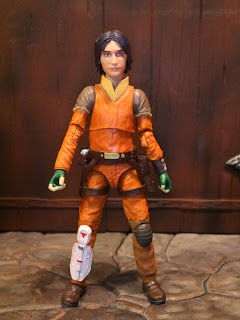 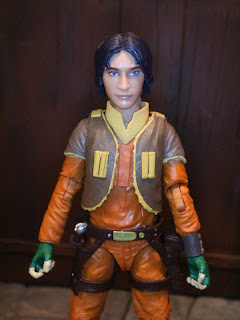 * I love how Hasbro has translated the animated appearances of the Rebels crew into the more realistic style of the Black Series toyline, making this feel like it was based off of an actual human actor. Ezra looks fantastic and his orange flightsuit and rugged brown vest really makes him stand out on the shelf. The paintwork and sculpting of the material of his costume is fantastic and perfectly captures Ezra's looking during Rebels seasons 1 and 2. Again, I love how the character design is colorful and stands out yet still manages to feel very classically Star Wars. 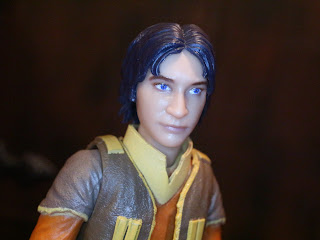 * The headsculpt is fantastic. This is definitely one of the best portraits I've seen in this line because even without being based on an actual actor, there's still a lifelike quality to the design. The paintwork and face printing look excellent here. I can still see some of the resemblance to Aladdin that folks joked about early in the series, but that's no issue: This is still a darn fine sculpt. 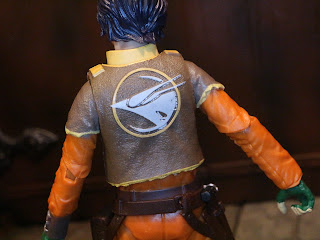 * The body of Ezra's vest is removable, although the sleeves aren't. That's to say you probably won't want to remove it as he'll just have floating sleeves. The texture of the vest is excellent and the design on the pack is very well done. 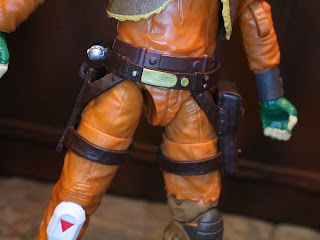 * Ezra is wearing a very complex belt that is actually removable. There is a peg around back that can be unplugged to allow for the belt to be removed by sliding the straps down over the legs. On the right is a comlink and a spot to hold his lightsaber (more on that in a minute) while the left has a large pouch for storage. 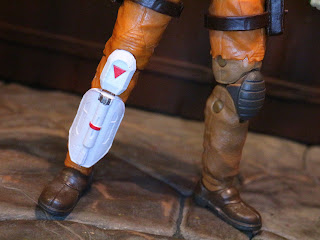 * Ezra's legs are very authentic to the show with the right shin having some random pieces of armor and the left leg having a knee pad exposed due to the flight suit being torn above the knee. 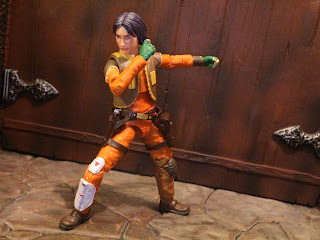 * The articulation is excellent, but that's just par for the Black Series now, isn't it? Seriously, Hasbro has nailed the articulation on these and I'm always very, very happy, particularly with the crazy range of motion on the elbows and with the head and neck. The hips are even a new design that feature a balljoint at the hip along with the traditional embedded balljoint in the thigh. I'm not sure the range of movement is really that much better here than on a standard figure but it's clearly a sign that Hasbro is always improving. 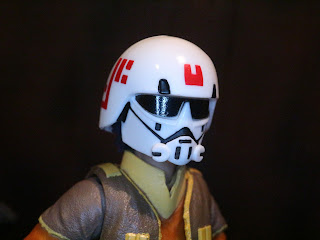 * One of Ezra's most endearing characteristics was the way he collected Imperial helmets. Hasbro included an Imperial cadet helmet with Ezra and it looks fantastic. Based on the Ralph McQuarrie preproduction art for the Snowtrooper, the Imperial cadet helmet has a terrific design with excellent, clean paint applications. It also fits quite securely on Ezra's noggin. 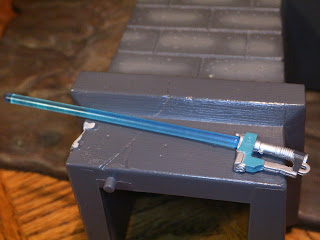 * Ezra also includes his lightsaber from the earlier seasons of the show. Ezra's lightsaber is unique in that it actually has a blaster built into the handle (Ezra and Kanan are fairly unconventional Jedi, after all). It's a cool design and the paint applications on it look great. 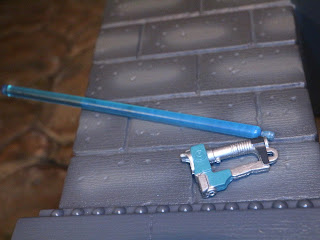 
* The lightsaber blade is removable from the hilt but, for some reason, this one feels a bit less sturdy than others. I'm really worried about breakage here, so I'm kind of planning on sticking it on and leaving it on. I wish Hasbro would move towards using solid sabers and just including extra hilts for display. 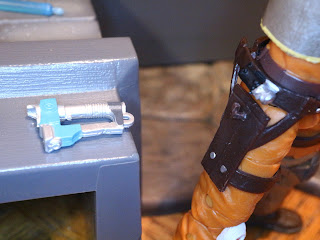 * Ezra's lightsaber is supposed to hang on the little hook on his left hip but it doesn't. The hook is too large and the loop on the lightsaber is too small. Bad design, I'm afraid. 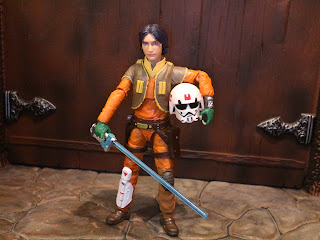 While he has some issues with his lightsaber, Ezra is still a very well crafted figure. I do wish he had his energy slingshot, though. The Rebels releases have always been some of my most anticipated figures and with Ezra in-hand I'm now down to just needing Chopper (I'll be reviewing him at some point as I do have him!) and Zeb. C'mon Hasbro! Bring us Zeb! Ezra is a Great and a 1/2 figure and another solid entry for the newest series of figures. Hasbro is absolutely on fire right now and I'm excited to see what they have in store for Triple Force Friday and SDCC 2019. Hopefully Zeb makes an appearance!