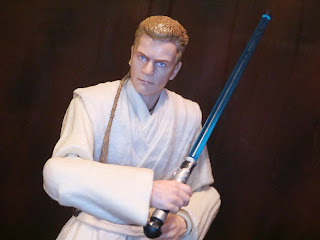 Today I'm checking out the sixth figure from the most recent series of Star Wars: The Black Series figures: Obi-Wan Kenobi from Episode 1. 2019 has finally been the year that we've gotten a decent collection of characters from the Prequels, possibly thanks to the fact that it is the 20th anniversary of The Phantom Menace. This isn't actually the first release of this version of Obi-Wan Kenobi, though; he was actually released as a Celebration exclusive in Episode I throwback packaging. I missed that one but I didn't fret too much because I knew this one was coming. Obi-Wan makes a great companion piece to hang alongside of Qui-Gon Jinn or to face off against Darth Maul, a figure released way back in the first series of figures from 2013. While largely the same figure as the Celebration exclusive, this figure is lacking the two interchangeable hands that figure came with. Picking up this figure reminds me a lot of getting the Episode I Jedi Duel Obi-Wan Kenobi back in 1999. Gosh, that was an exciting time back then, wasn't it? Let's check this figure out after the break... 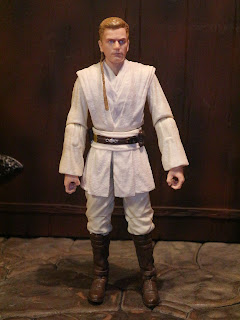 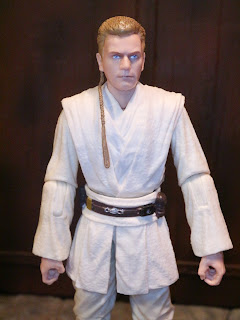 * There's no doubt that Obi-Wan is a fantastic looking figure. Without his robes he might not be the most exciting looking figure but Obi-Wan's cream colored Jedi outfit is definitely captured well here. The detail is excellent and the articulation is largely incorporated into the sculpt quite well. 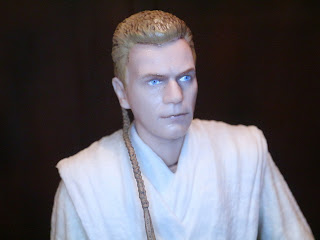 * The headsculpt is very good with solid face printing. It's not 100% dead on, but I think that has to do with the hair, which is off a bit. The face is quite realistic, though, especially the eyes. 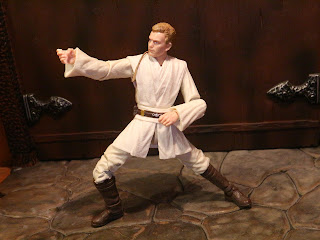 * Like the more recent Jedi figures, Obi-Wan can move with the best of them. I'd wager he's more articulated than even most Marvel Legends figures, particularly due to the excellent range of motion most of his joints have, the balljointed neck and head, and the "butterfly" hinged pectoral joints. Obi-Wan is a fun, durable figure who can do pretty much anything needed for a lightsaber duel. 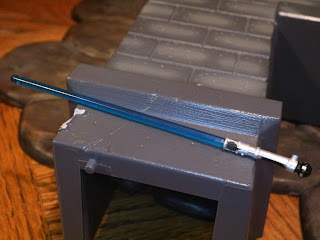 * Obi-Wan Kenobi comes with his lightsaber. Other than the sculpt and paint being different, there isn't really anything different here from any of the other lightsabers in the line. It's a necessary accessory for the figure and he looks great holding it, even with both hands. 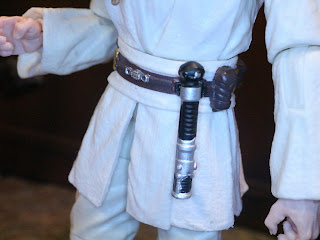 * When he needs to tote his lightsaber around on official Jedi business, just take off the blade and attach it to Obi-Wan's belt. The belt is nicely detailed with a couple small pouches and buckles, all with sharp, clean paintwork. 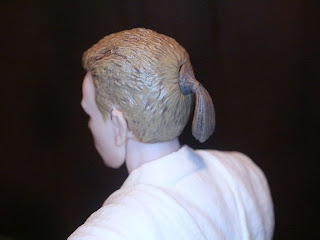 * I'm not so sure about Obi-Wan's hair. It looks too light to me, which throws off the likeness quite a bit. Oddly enough, his braid on the back is much darker than the rest of the hair, too. It seems more accurate than everything else. 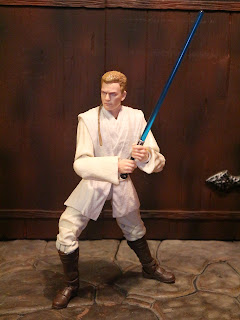 Obi-Wan is no doubt a well made figure and he shows off so many of the advances that the Black Series has made over the years, particularly in the areas of likeness and articulation. Unfortunately, Obi-Wan also still display one of the weaknesses from the early line that shows up from time to time: Weak accessorization. Why in the world would Hasbro release this Obi-Wan with no robe or Jedi communicator? Those are both key accessories for Obi-Wan in Episode I and the figure feels rather bare without them. Overall Hasbro has been improving and while Obi-Wan Kenobi (Padawan) is still a Good and a 1/2 figure, he feels incomplete. Seriously, it's so weird how hit or miss Hasbro is with the inclusion of robes for Jedi figures. Those always seem like a no-brainer of an accessory, right?