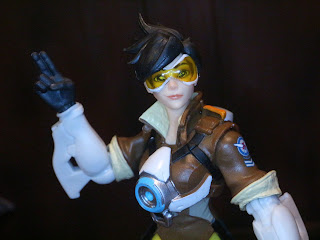 Even if you've never played Overwatch, perhaps even if you're barely aware that it exists, you're probably at least familiar with Tracer. While many of the characters from Overwatch have proven to be rather popular, inspiring loyalty among their fans, Tracer is pretty much the de facto face of the brand. She's sort of a staple of gaming pop culture at this point so it makes sense that Hasbro would include her in the first series of Overwatch Ultimates figures. In fact, it appears that she's going to appear in a series 2 in a white outfit along with a repainted McCree as well. This is definitely the most popular version of Tracer, the 26 year old British time traveler and adventurer, and I imagine that she'll prove to be the most popular figure from series one. Let's check Tracer out after the break... 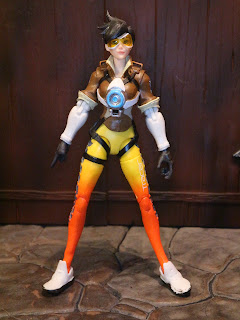 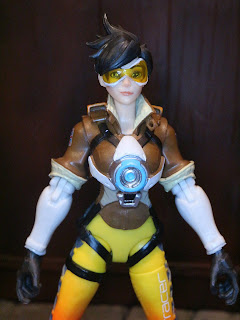 
* While these figures will ultimately see some repaints, the individual characters themselves feature all unique sculpts that show off their radically different looks and outfits. Tracer appears to be wearing a skintight bodysuit of some sort underneath a bomber jacket adorned with a teleportation device. The detail is excellent and little details such as the straps around her hips are separate pieces that give the sculpt an even more three dimensional appearance. The paintwork is incredibly neat and clean her, too. Hasbro is on a roll right now, aren't they? 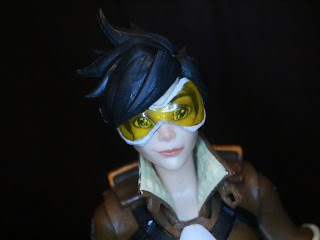 * Tracer's headsculpt is excellent. She's adorable and has fantastic hair! Her goggles are actually a separate piece. They're not removable but you can adjust them a bit to adjust things if needed. 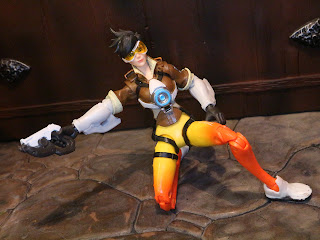 * While I do wish the elbows were a little better (and I have some problems with the ankles, but we'll get there in a minute), overall Tracer's articulation is fantastic. If you're at all familiar with the quality of Marvel Legends or Star Wars: The Black Series figures from the past few years then you know what to expect: Plentiful joints and great quality. 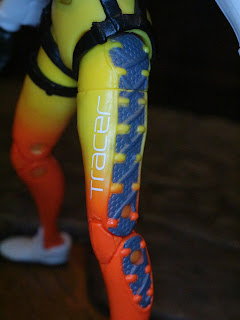 * Tracer's pants have three things going for them: A cool yellow to orange fade, really cool grey texturing on the side, and her name cleanly written on the front. I love the little touches like this that draw attention to how unique each figure in the line is. 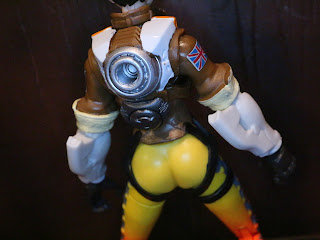 * Tracer's wearing a really cool backpack (which I assume allows her to warp through time and space) and she has a spot to store her pulse bomb accessory (which I'll get to in a minute). She also has some really cool patches on her shoulders. On her right shoulder is a Union Jack while her left shoulder has some sort of flight symbol. The printing is incredibly net and clan and everything looks fantastic. 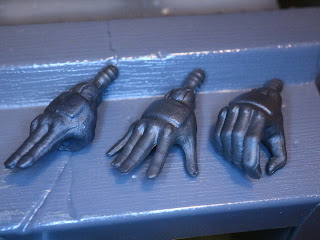 * Tracer has three alternate right hands that can be swapped out for different poses. She has two fingers extended to allow for a stylized salute, her fingers splayed open for striking a pose, and a right handed pistol grip for holding one of her two Pulse Pistols. They swap easily and I had no concerns about any breakage. 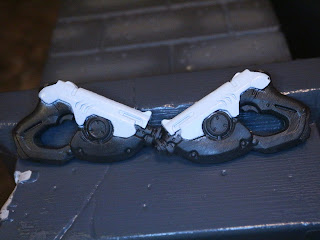 * To aid her in dealing damage Tracer comes wielding dual Pulse Pistols. These cool little pistols look great in Tracer's hands and definitely fit her personality. I love the paintwork, too. Fantastic stuff! 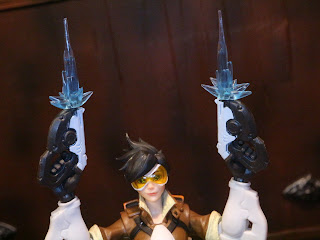 * Not only do Tracer's pistols look incredible but they also feature removable energy bursts. The translucent blue bursts fit easily onto the ends of the pistols and definitely add to the dynamic look of the figure. I really like the translucent energy effects that Hasbro has been giving each of these figures in the series and I hope they continue. 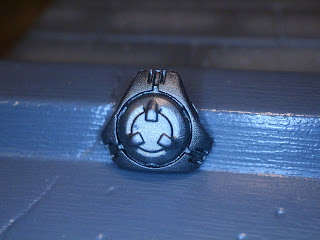 * I mentioned Tracer's Pulse Bomb earlier but here it is again. It reminds me of the various minds from GoldenEye 007, which probably dates me a bit, but that's OK. I love small accessories like this and the fact that Tracer can stow it on her back is another plus. 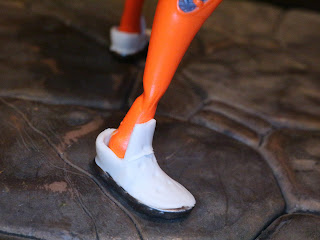 * I have a few problems with the figure and most involve her ankles and boots. First, check out her lower leg. It is so skinny that it actually looks like it bent. Seriously, there's damage from where it bend. What gives?

* Secondly, the swivel/hinge joint here is really wonky and makes the figure tough to stand. Not impossible to stand; just not easy. 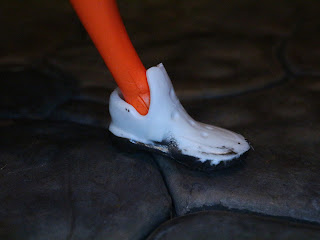 * Lastly, the paint on the shoes is incredibly messy. Seriously, what happened here? It looks like the the quality control just completely checked out at this point for some reason. 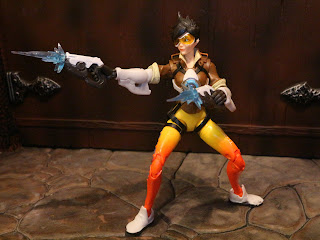 Tracer is another very, very good figure in this line. She's not perfect by any means but she's still a Great and a 1/2 figure. Other than the issues with the figure's lower legs and shoes, the paintwork, sculpt, and variety of accessories here are excellent. Hasbro is absolutely making the best mass market toys on the market today and the Overwatch Ultimates line just keeps delivering. Five new figures (three single packs and a 2-pack) have recently been found in Hong Kong along with a 2-pack of repaints, and Hasbro just showed off an SDCC exclusive Reinhardt, so it seems this line has a lot of life ahead of it! Bring them on, I say!


This is the first figure of Tracer I've reviewed on this site. For more Overwatch Ultimates reviews check out the following:
Ana (Shrike) and Soldier: 76
Mercy and Pharah
Reaper (Blackwatch Reyes)
Sombra
Posted by Barbecue17 at 7/04/2019