Action Figure Review: Hordak from Masters of the Universe ReAction by Super7 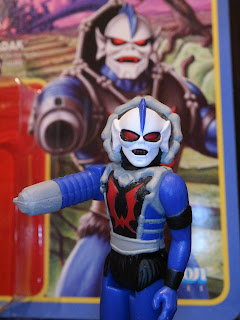 Who's ready for some more Hordak? The Evil Horde gets some major credit because right now they are the only faction of Masters of the Universe villains who are part of active, ongoing media. Yup, Hordak and some of the Evil Horde are part of the Netflix show "She-Ra and the Princesses of Power." Hordak doesn't get as much screen time in the new show as he did on the Filmation series but he's still there, darn it! This version of Hordak is indeed based on Filmation's "She-Ra: Princess of Power" and was actually released last year as an SDCC 2018 exclusive alongside of She-Ra. I don't own that set so this was a welcome release for me. So far as I can tell, the figures are exactly the same with the packaging being the only difference. Let's check out this Filmation inspired Hordak after the break... 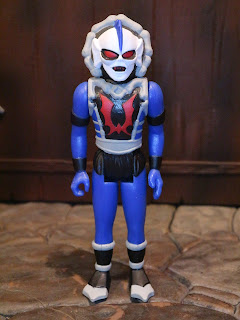 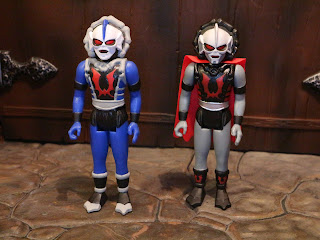 * While Hordak is a rerelease of the SDCC 2018 2-pack figure, he's also a paint variant of the recently released Hordak (Grey) figure, which was based off of the Malaysian release of the vintage Hordak toy. The paint and the absence of a cape are the only differences between this release and the previous one, so check that review out. This review's going to be a bit shorter since there isn't as much new to say here. 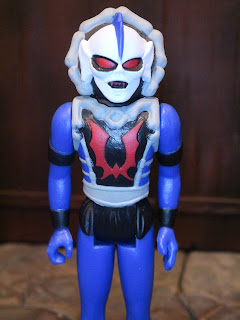 * Hordak's sculpt is very much a blend between the vintage toy and the Filmation design of the character, so it kind of works no mater how you paint it. Hordak is wearing his blue Filmation outfit here and he looks fantastic. The paintwork is neat and clean. Besides his outfit, the other major difference is that Hordak's head is white rather than a more subdued bone color, and it features the ridge across his head painted blue.

*  If you've ever picked up a retro figure like this, you know what to expect: 5 points of articulation and all swivel joints.Hordak feels quite well made and sturdy and definitely of a better quality than some of the earlier ReAction figures that Funko put out. Super7 has been very consistent in the quality of their ReAction lines over the past couple of years and has perfected the style. 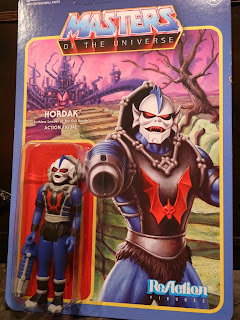 *  The card art on most ReAction figures released by Super7 is beautiful and their Masters of the Universe line is no exception. Hordak features an awesome illustration from Jason Edmiston of the character with a new Fright Zone background.  I like how the Evil Horde got their own unique backers. To preserve the card I actually made a slit in the top of the blister so I can slide the figure in and out. It work great and allows the figure to be displayed inside and outside of the card. I've got mine hanging on a metal pegboard similar to what you'd see in a retail store! 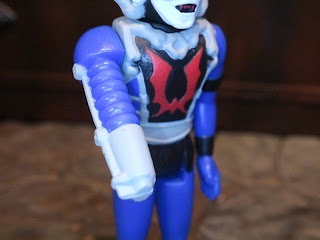 * Hordak comes with a cannon arm that can be swapped out with either his left or right arm. Both arms pull out easily (they simply slide in and out) and either can take the cannon arm. It's not overly detailed but it's clearly a cannon and it fits the style of the line. 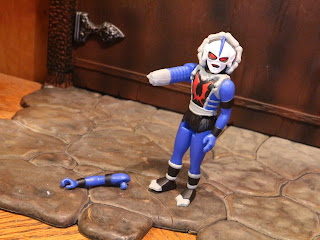 Filmation Hordak gets a Great rating from me. He's not as cool as the previous Hordak release but he's still well done. While ReAction isn't my favorite MOTU line ever I still love these ReAction figures. There is something incredibly appealing to me about them, perhaps it's the oddness of seeing MOTU in a style that never truly existed before now. It's interesting that Super7 has chosen to deliver the Evil Horde in their Filmation styles rather than a more vintage inspired style (like most of their previous releases) but any time we get some figures of the Horde it's a good thing.