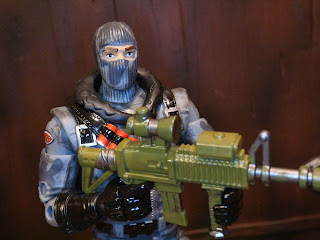 About two weeks ago I did my first review from Jazwares' 6 inch scaled Fortnite Legendary Series and today I'm checking out another figure from the line: Havoc. Now, to be completely honest, Havoc is the figure that got me interested in this line. I'm not a Fortnite player though I have admired the 1/18th scale figures from afar. Havoc appealed to me, though, because he looks just like Firefly from G.I. Joe. Sometimes all you gotta do is look cool and you've already grabbed my attention! I don't know much about Havoc. Fortnite doesn't really seem to have characters as much as they have "skins" as the most I can tell is that Havoc is an outfit players could get if they linked a Twitch Prime account with their Fortnite account before 5/9/2018. He's a cool looking tactical guy who would go well as a Marvel Legends villain or even another player in the old Special Forces line by Plan B. Heck, that might be who my figure gets displayed with in my hobby room. Let's check out Firef..err. Havoc after the break... 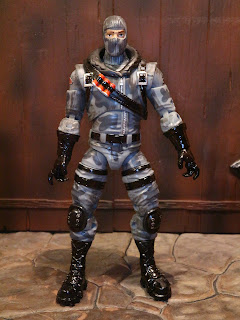 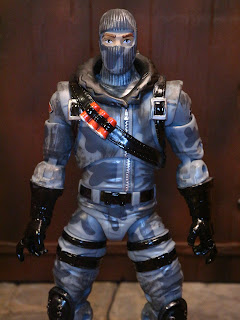 
* Havoc is a cool looking figure. I love the urban camouflage with lots of buckles and straps. He definitely looks like a G.I. Joe or Metal Gear Solid character, which definitely appeals to me. I loved that kind of stuff in middle and high school and this guy would have been one of my favorites back then. The paintwork is sharp with great work on the camouflage and a bit of drybrushing to give him a bit of weathering. 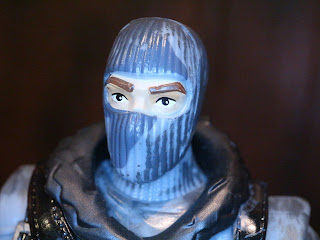 * Rather than swappable heads, the Fortnite Legendary Series figures have swappable face plates. The standard faceplate is Havoc in his textured balaclava. It's rendered in the somewhat cartoonish style of Fortnite, so while it's not insanely realistic there definitely looks to be a real head under there with masked features. The heads swap easily and stay on securely. 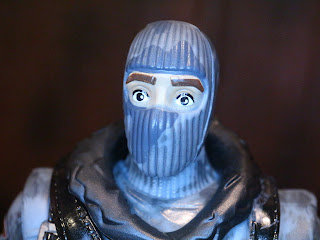 * The second headsculpt is a bit comedic as it showcases Havoc with a wide-eyed expression and his eyebrows raised arched. What kind of trouble did this guy just run into? 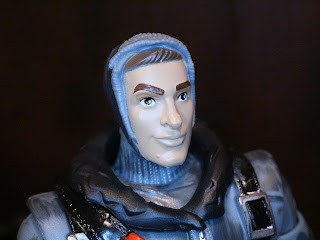 * The third face plate shows Havoc with the front of his balaclava pulled up, exposing his face. Those things get pretty hot and sweaty after awhile! 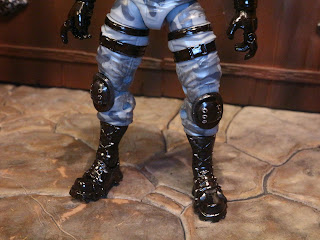 * Havoc's decked out in black combat boots and tactical kneepads. The sculpt features lots of rivets (all painted silver) and has a great shiny paintjob, making them look like rather intimidating. 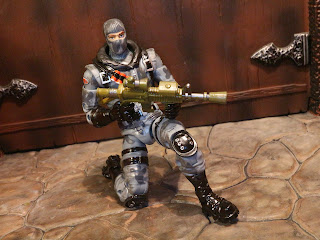 * The articulation on the Fortnite Legendary Series figures is incredible. Havoc feels sturdy, durable, and has articulation that feels like it could give Toy Biz's Marvel Legends line a run for its money. The inclusion of things like toe joints, lots of swivel hinges, double hinged elbows and knees, and butterfly pecs allow this guy to take some crazy poses and uses two-handed weapons with ease. 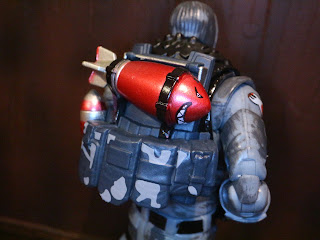 * Havoc includes a backpack which is called the Backup Plan. I don't believe it has any effect in the game but it certainly looks cool. It's a military styled backpack that's also camouflaged. It's also toting a smaller missile on the left side and a massive missile across the top, complete with a shark face. Over the top, for sure, but fun nonetheless. 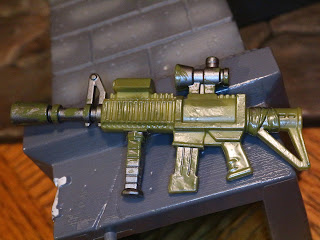 * Havoc includes the Thermal Scoped Assault Rifle which, at one time, was one of the rarest weapons in the game. It looks a little bit stubby, but that seems to be a stylistic choice. The weapon fits the figure well and even has a few paint applications to give it some more life. 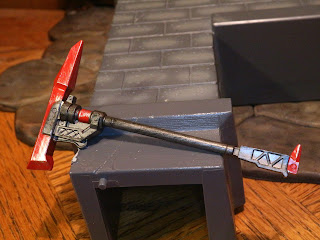 * The Instigator is a pretty cool looking Harvesting tool. It looks like something that a firefighter or Dreadnok would carry. The paintwork on this piece is excellent with lots of unique colors and weathering effects. The production quality on each accessory is pretty impressive, especially considering the price point on these and the amount of accessories each figure includes. 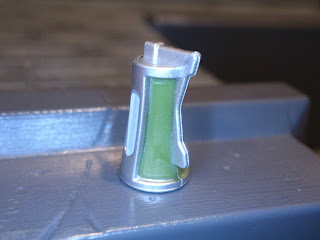 *Like the Skull Trooper, Havoc comes with a grenade. It has multiple paint apps, can fit in the figure's hand, and just looks kind of cool. 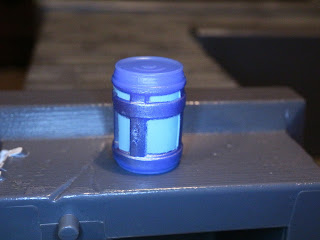 * Havoc also includes a Chug Jug, a potion of some sort from the game. I'm not familiar with it but I'm sure fans of the game who collect these love power-up based accessories like this. There is actually a slit in the side so that Havoc can grip a larger accessory like this, so that's a cool plus. 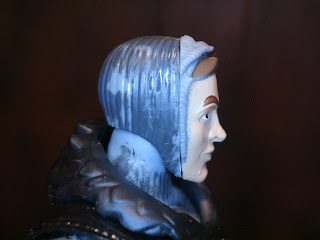 
* While the face plates are all a bit noticeable from the side, the unmasked face plate looks really off. It doesn't even look like it should go with the head. 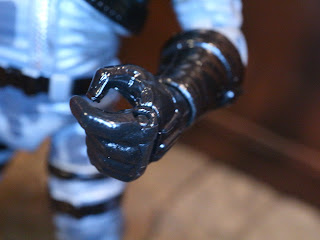 * My biggest complaint with this line is that Jazwares went with hinged fingers. The fingers move with one hinge and while they're not as problematic as the fingers on older Marvel Legends figures, I still don't like them as well as the use of alternate hands. They have a fairly tight grip, but sometimes they're still tough to us, especially for thinner accessories like the melee weapon or a gun grip. Articulated fingers rarely work and here they seem like a fairly useless feature. If they dropped the articulated fingers in series 2 of the line I'd be thrilled. 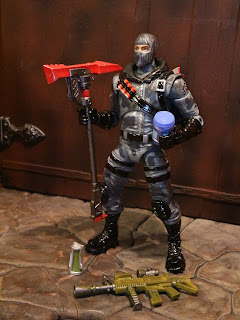 Again, I've got to give Havoc an Epic rating here. Not only is this a really nice, high-quality action figure but you're getting quite a few accessories for the money. Add in some more realistic weapons from another toyline and you've got a pretty good 6-inch scaled Firefly, too. That's gotta be worth something. Interestingly, both Hasbro's Overwatch Ultimates and Jazwares' Fortnite Legendary Series are toylines based on games I don't play yet they've captured my attention. They're just great toys with cool character designs (Overwatch having quite an edge there, though) and fun accessories. While I don't play as many games as I used to, gaming was my passion in middle and high school. Back then (late 90s/early 2000s) video game based action figures were a bit of a rarity. It's nice that fans of these modern games have some great options to play with! Havoc is well worth checking out and well worth the price tag.

This is the first figure of Havoc I've reviewed. For more reviews from the Fortnite Legendary Series check out the following:
Skull Trooper (Purple Glow)