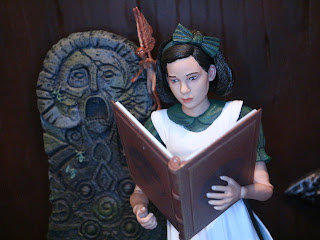 One of the coolest lines in recent memory is NECA's The Guillermo del Toro Signature Collection. It really is a very unique, very special action figure line. Not only do I love how NECA has selected characters from across three different del Toro films thus (Pan's Labyrinth, the Devil's Backbone, and The Shape of Water) but they've also been willing to give each figure multiple unique accessories. Ofelia is the protagonist of Pan's Labyrinth, so fans of the film will want her for that reason alone, but she also comes with an incredible statue of one of the ruins from the film. I believe it's actually made from polystone. It's amazing to see such an accessory come with a 6-7 inch scaled figure and it really makes this line feel like a signature, special event. Played by Ivana Baquero, Ofelia is a young girl who deals with the grim reality of the world she lives by embracing fantasy, believing that she may truly be the reincarnated Princess Moanna, the daughter of the king of the underworld. Let's delve in and explore the magic NECA has crafted with this figure after the break... 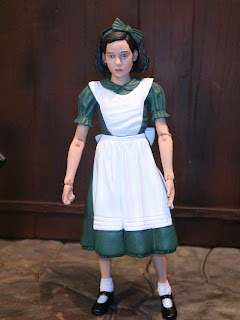 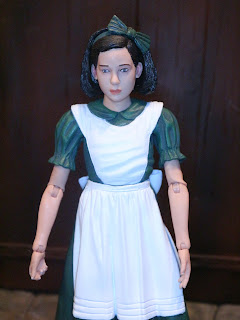 * While Ofelia is extremely plain compared to the other figures in this series such as the Pale Man and the Faun, NECA still did an admirable job of capturing her simple, childish dress. The sculpt is pretty much what you'd expect: Frills, folds, and buttons in all of the right pieces with fairly clean paintwork. 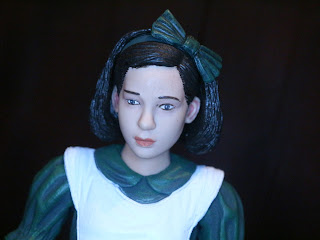 * The portrait looks quite accurate to the actress from the film. It's not perfect but you'll definitely recognize who this is supposed to be when you place her alongside the other figures in the series. The hair is not quite accurate but it still looks realistic with lots of texturing and visible strands in the sculpt. 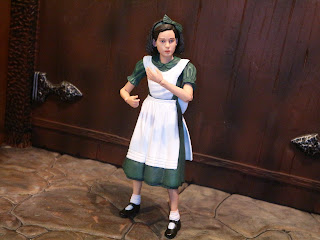 * The articulation is pretty standard for NECA: Lots of swivel hinge joints and a head that allows for a lot of expression in the pose. She's not the most action packed figure or anything (the dress prevents most of the leg articulation from being terribly useful) but you should definitely be happy with whatever poses you can find for her that help her fit in with the rest of the Pan's Labyrinth. I'm quite proud of these figures and have made a separate shelf for them in a glass display case in my living room. They're quite classy and cultured. 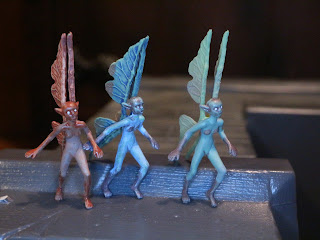 * The fairies serve as guides to Ofelia and snacks for the Pale Man. Ofelia comes with three fairies. The fairies come in three different colors and, while they utilize the same sculpt, the paint work really does differentiate them. The sculpts are quite nice for the tiny size (they're only 1 3/8ths inches from their feet to the top of their wings). 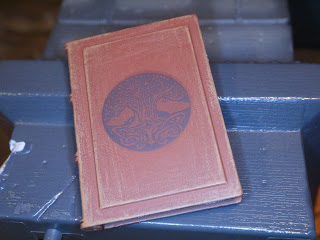 * Ofelia also comes with her storybook, another key element of the film. I love book accessories like this! The front and rear covers have a really cool image of a tree with labyrinthine roots and branches. Fitting, right? 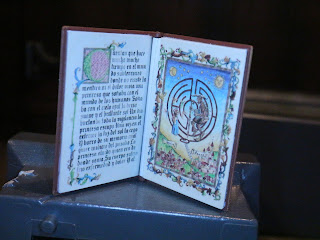 * Like the Necronomicon included with last year's Evil Dead II set, Ofelia's storybook also opens! Inside is the opening text that sets up the story, telling about Princess Moanna of the Underworld. It's in Spanish and it is rather legible, too, though you might need a magnifying glass. On the right is a beautiful image of the princess and the Faun in front of a castle and a labyrinth. How cool! Some time I'm going to have to do a feature on figures with cool books as accessories, as I can think of plenty that fit the bill. 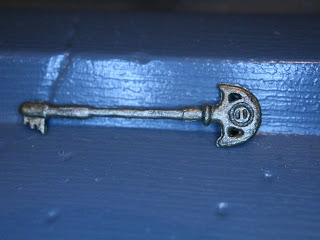 * Ofelia also comes with the key that she obtains from the body of the toad. She can hold it in her hand quite easily. I love the detail here and the drybrushed effect. I really do wish NECA would release the toad at some point, too, perhaps with the mandrake root and Ofelia's bug guide that becomes the fairy. 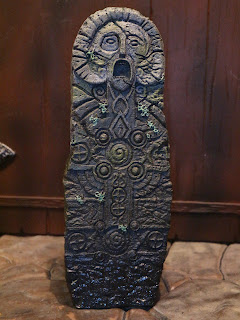 * Most impressively, perhaps of anything in the line, is this statue. It is heavy! Rather than being made of plastic this feels like it's made of polystone. The sculpt is amazingly beautiful and the paintwork is of the highest quality. I adore the wet look of the bottom of the pillar and the mossy growths all over it. 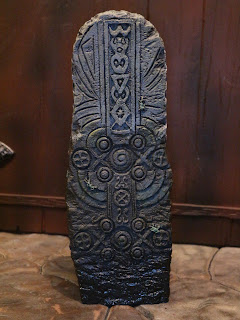 * This really is an amazing accessory and the fact that it is made of polystone (or a similar material) really shows the extra effort that NECA is putting into this line (and so many of their other lines as well). The pillar is about 5 3/8ths inches tall and definitely is an accessory that could convince someone who has never even seen this film to pick up Ofelia. It is just a marvel! 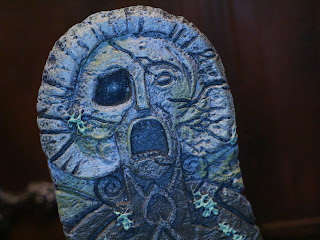 * While an insect doesn't come out of the mouth of the statue, the right eye is removable. Just like in the film you can actually have Ofelia insert the eye into the statue and it will stay in place beautifully. 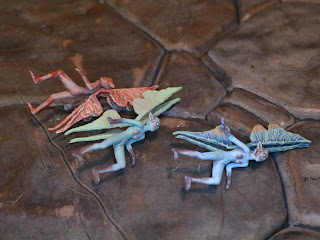 
* My only complaint here is that the fairies really cannot stand on their own. You can lean them up against something or use their wings and legs to grasp Ofelia's arms but giving them some sort of tiny stands would have been so, so much better. 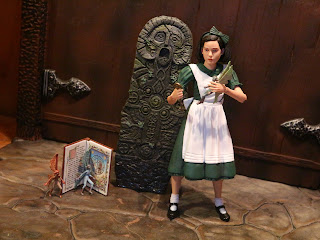 While Ofelia might not be the most exciting figure in the line, she's definitely very, very necessary and she comes with killer accessories. The fairies might be the weakest links (though they look fantastic) but the key, book, and the amazing statue really help sell this set. Little details like the actual text in the book, the beautiful sculpting and paintwork on the polystone statue, and the removable eye definitely show NECA's love for this line. While we still have the Amphibian Man coming out, I really do hope we see a few more figures in this line at SDCC. I really, really want some love for Cronos and Crimson Peak.