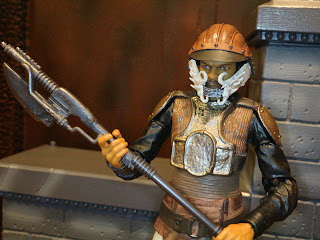 I hope everyone had a great Thanksgiving! With all of the cooking I've been doing (and eating) and a house full of family, I took some time away from reviewing stuff. I'm back now, though, and this time I'm checking out another figure from the newest series of Star Wars: The Black Series figures. This time it's Lando Calrissian in his Skiff Guard disguise from Return of the Jedi. Isn't it interesting how Jabba's Palace is pretty much the most toyetic part of the Original Trilogy and yet it's one of the scenes we've received the least amount of product from in the Black Series. What do we have from there other than Jabba and a Gamorrean Guard? Both of Leia's costumes and... that's it, right? I mean, I know R2-D2 came with Luke's lightsaber and Bossk and Dengar are in the background, but Jabba's Palace been pretty underutilized by the Black Series thus far. We need Bib Fortuna and we need him now! Anyways, this release of Lando in Tamtel Skreej's outfit gives us another figure from Jabba's Palace and another version of Lando (we now have half of his OT outfits!). Let's check him out after the break... 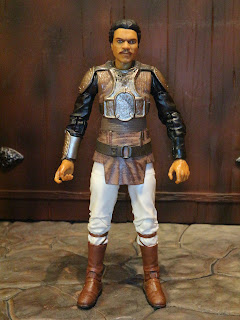 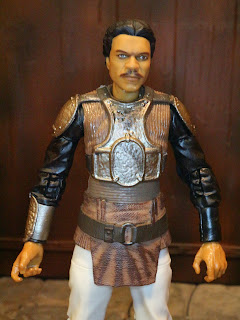 * Lando is looking sharp. The dirty, worn skiff guard disguise stands in sharp contrast to Lando's own clothes, which are always impeccably cleaned and tailored. The outfit has many different textures on it, particularly on the metal armored chest piece. Lando's held on to this for a number of years (Tobias Beckett wore it during Solo) so it's definitely appropriately worn and weathered. 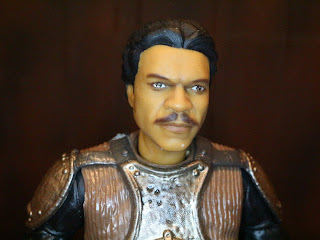 * Compare this version of Lando with the first version and I think you'll agree the likeness to Billy Dee Williams is much, much better. Hasbro did a solid job here. I do think there's something a bit off, but that's possibly because it captures Lando with a very serious look on his face. He's usually got that winning grin and honestly looks a bit off without it. It doesn't make sense here, but I do hope the inevitable General Calrissian figure includes a smiling portrait. Dang, I'm so glad that we got more Lando in Solo and that Billy Dee Williams will be in Episode IX. Lando is far too underrated. 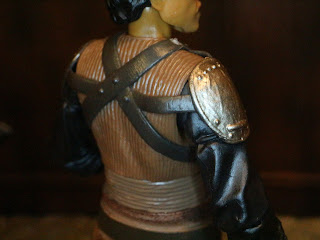 * The shoulderpads are actually extra pieces hanging out on Lando's shoulders. They're permanently attached but they bend and move with the shoulder joint, giving the figure a much more complex and lifelike feel. 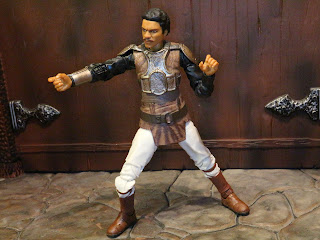 * As with most other Black Series figures released over the last year or so, Lando's articulation is excellent. Plentiful joints, a solid range of motion, and even the new balljointed neck and balljointed head for extra expressive poses. 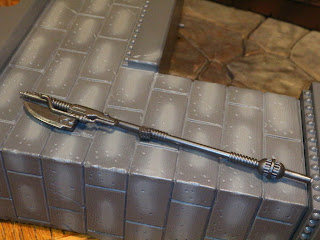 * Lando is a bit light on accessories but what he comes with is solid. The force pike has an excellent sculpt and is much more substantial than the pike included with the Phase I Slave Leia. 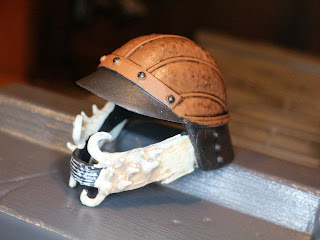 * The helmet is incredibly sculpted and painted. It's perfect and the figure looks so, so good wearing it. This is an incredible accessory. I'm sure some folks will want two of these figures so they can outfit Beckett with one of these helmets, huh? No one wears it like Lando, though. 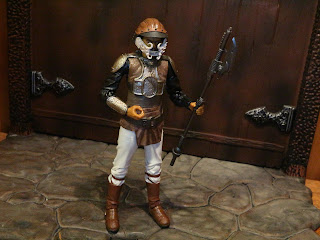 Man, this is a good figure. I was really looking forward to this guy and he delivered. The only thing I wish this figure included that it doesn't have is a DL-18 blaster pistol. Lando uses one during the fight at the Great Pit of Carkoon and it would have made a nice extra (especially considering he has a pistol grip right hand already). Still, you can't beat an Original Trilogy figure that's this well done. This is a Great and a 1/2 figure and another very solid entry in one of the best series we've seen in the Black Series.

For more Star Wars: The Black Series reviews, check out the following: