Re-Halloween Special: Sally (D30) from The Nightmare Before Christmas Metalfigs by Jada Toys 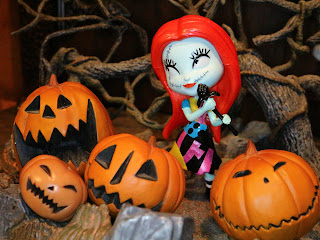 I reviewed the Jack Skellington Metalfig during The Revenge of 31 Days of Toy Terror and now I'm going to check out the second figure in the set: Sally! I picked these up at Walgreens near the end of September and, thus far, these are the only two figures I've seen in person (although I've seen images of a Zero and Jack as the Pumpkin King). These little metal figures are fun and while I don't like them as much as the Nano Metalfigs, they're still pretty cool. Let's check out Sally on today's Re-Halloween special after the break... 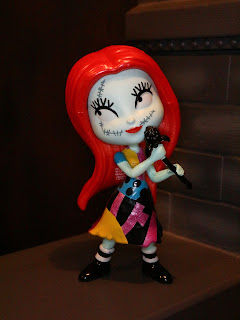 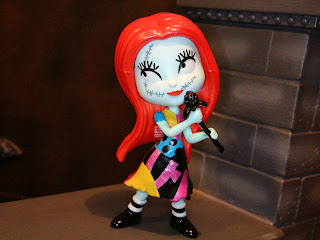 * I really like the pose and presentation on Sally. She looks very whimsical and fun, which is how I like to think of Sally. I love the sideways glance and the black rose. I've noticed some variance in where the flower is positioned, probably due to a bit of bending of the arms when being packed. 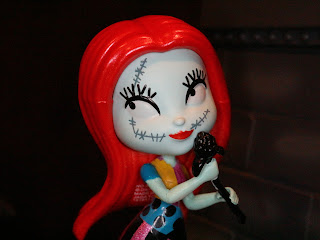 * Sally's face is really nice looking and the paint is quite clean, particularly considering she's just a bit shy of 2 1/2th inches tall. I love the work on the eyelashes and the little stitches across her face. 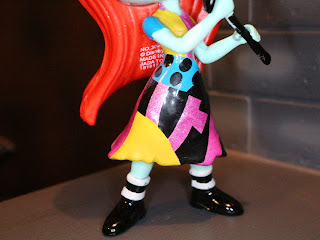 * Sally's dress is really nicely painted, too. I love the bright metallic paint used here as it really adds something to the mix of colors. 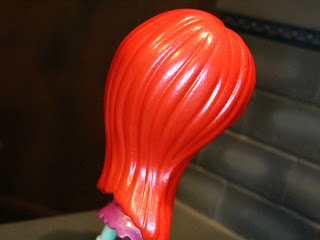 * The metallic paintwork also makes Sally's hair stand out. The metallic sheen here is just super appealing to me. 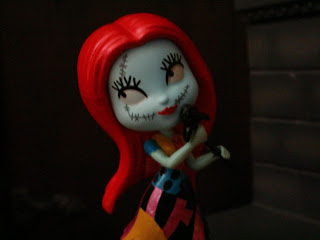 * Like Jack, Sally also glows in the dark. It's tough to capture the glow effect here but her face glows a nice bluish color. Very fun and spooky! 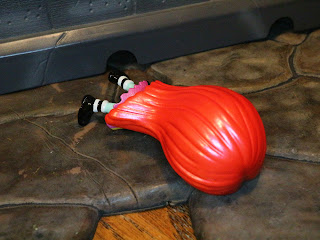 * Sally's legs and feet are a bit thin and thus she can fall over very easily. Just be careful when displaying her! 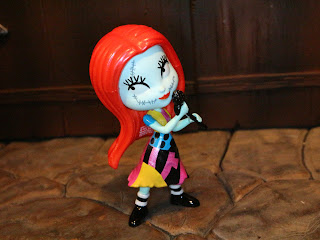 Sally is a Great little die-cast metal minifigure and I think I even like her better than Jack. Her colors are bright and vivid with exceptionally clean paintwork and a fitting pose for the character. I really like this line and I'm definitely going to be tempted to pick up more if Jada Toys continues with the line. The Nightmare Before Christmas cast would look phenomenal in this scale and style. Keep searching your local Walgreens for these as they've been a bit tricky to find. I've only seen a display of them once, so good luck!