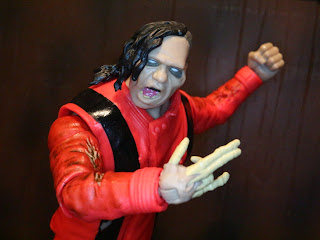 Today we're checking out the zombie version of Shinsuke Nakamura, the King of Strong Style, but there's a catch! He's a zombie! Yup, it's time for another review from series 3 of Mattel's WWE Zombies line and this time it's Shinsuke Nakamura dressed in one of his very cool outfits that really seems to bear a resemblance to Michael Jackson's outfit in Thriller. It's a cool not and the bright red outfit makes Shinsuke stand out in this line. Let's get ready to check out a review of a zombie who makes a better entrance than nearly any other after the break... 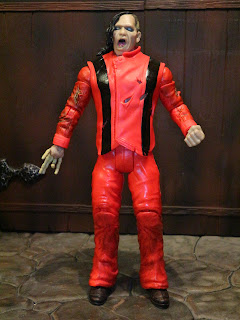 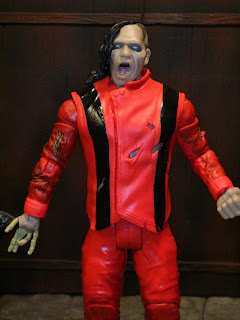 * While the jacket isn't removable, the presence of a jacket on a male wrestler is definitely something you'd expect to see on an Elite figure versus a Basic figure. The red and black color scheme really helps Shinsuke Nakamura to stand out from the other zombies in the line, adding a nice dose of color to a mostly green, grey, and black color palette. 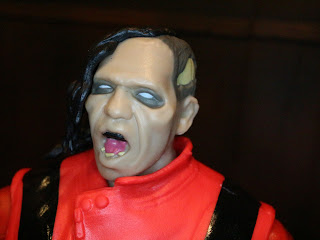 * The headsculpt is really very cool. It's clearly Shinsuke, but it's also clearly zombie Shinsuke. The missing teeth visible in his open mouth, the dark rings under the eyes, and the skull exposed on his scalp all make for a really cool and spooky appearance. 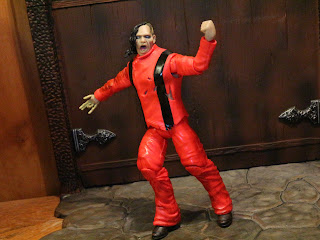 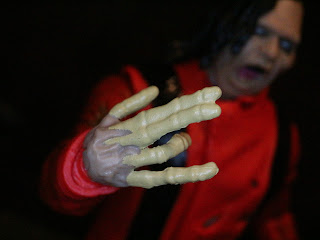 * Since Shinsuke Nakamura is known for his flamboyant, rock star like hand gestures, Mattel has given him a unique "gesturing" right hand. Not only is it expressive but it's also missing quite a bit of flesh, being exposed down to the bone. Gross! 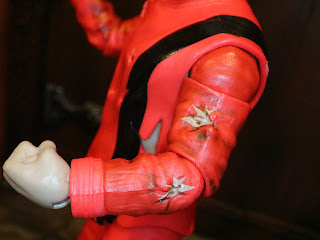 * Shinsuke's arms feature lots of rips and tears as well as a healthy covering of grime. This guy has been through the wringer, right? 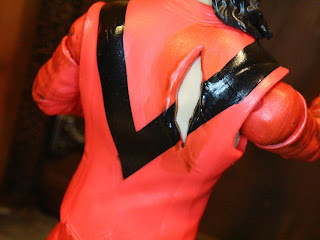 * Not only are there sculpted rips and such in the arms but there are some massive gashes in Shinsuke's jacket. They look cool and you can see Shinsuke's zombified flesh underneath. 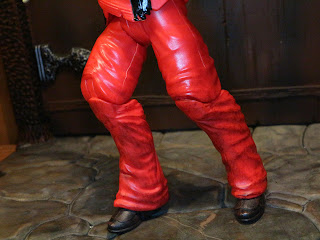 * The pants look OK but the articulation in the knees just looks really awkward. It just doesn't seem as smooth as most of the other WWE figures. 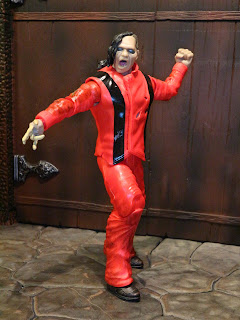 I really love the WWE Zombies line and series 3 has been quite good. Shinsuke Nakamura is one of my favorite Superstars currently on the roster and I'm glad to finally have an action figure of him, even if it is a zombified version of him. Matte did a great job of capturing Shinsuke's unique mannerisms and style in the figure. He's a Great figure and while he's not the best in the line, he's still pretty solid.


This is the first figure of Shinsuke Nakamura I've reviewed. For more WWE Zombies figures, check out the following: