Action Figure Review: Granita from Masters of the Universe Classics by Super7 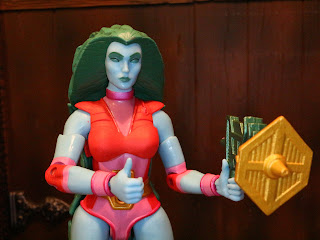 Today I'm checking out another figure from the newest series of Super7's Masters of the Universe Classics figures and this time it's the third member of the Comet Warriors: Granita! Way back in 2013 I reviewed the SDCC 2013 set of Rokkon and Stonedar, the two Comet Warriors from the vintage MOTU line, and here we are a little over five years later finally completing the trio. Granita was apparently originally planned for the vintage MOTU toyline at one point but never made her way to toy shelves. She did, however, make two appearances in the Filmation She-Ra: Princess of Power series (The Rock People and The Light of the Crystal) and it's probably for that reason that she has long been one of the most requested figures. While Rokkon and Stonedar had vintage figures to base their MOTUC classics figures off of, Granita only had her Filmation appearance. She fits quite nicely into the MOTUC line (she is quite similar to Tim Bryski's proposal art) and completes the Comet Warriors faction, so that's a big plus. Unfortunately, she does have some problems that definitely seem to make her the least well received figure of series 2 of Super7's MOTUC. Let's check her out after the break... 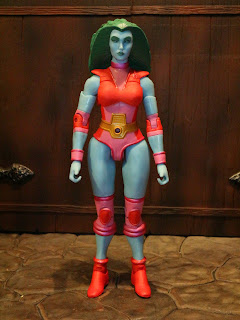 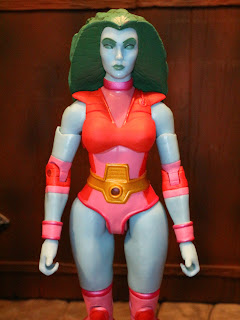 
* Granita looks great. Again, since we only have the Filmation series as a reference for her design she obviously looks a lot like that version of the character. To give her more detail, however, the Four Horsemen and Super7 gave her outfit more little technical doodads similar to the appearance of her compatriots who appeared in the vintage line. I love her bright colors and how she fits in so well with the rest of the line. 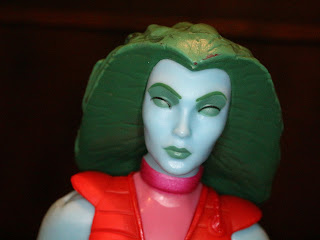 * The headsculpt is good. The rock people have very calm, very stoic expressions and Granita's fits that theme perfectly. The green rock "hair" is also quite well done. and gives her more personality. 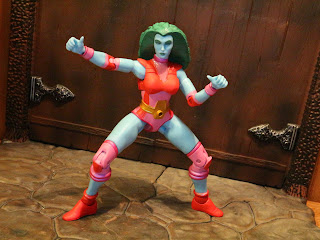 * Super7 has added in some improved articulation points to the series and Granita features swivel/hinge ankles and swivel/hinge wrists. Overall she's a well articulated figure that feels nearly as durable as most other figures previously released by Mattel but with a bit more movement. These are still quite fun to play with and look great on display in a variety of poses. 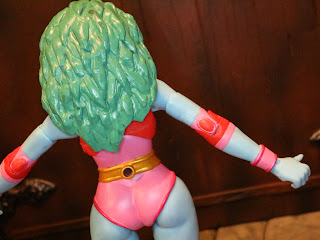 * The back of Granita's hair is very cool and features more sculpted detail that gives it a cool texture that lies somewhere between rock and hair. She also has cool elbow and knee pads, another detail directly from the Filmation series. 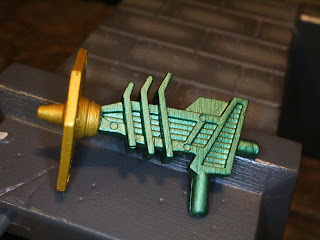 * Like her compatriots, Granita comes with a laser gun. While her laser looks fairly similar to Rokkon and Stonedar's, the barrel doesn't spin like theirs. Still, it's a cool weapon with a nice metallic green sheen. 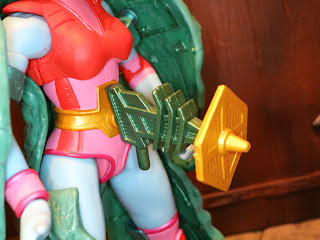 * Not only can Granita wield the laser gun in her hands but it can attach to the hole in her belt as well. The vintage Comet Warriors had this feature and it's cool to see Granita have it, too. 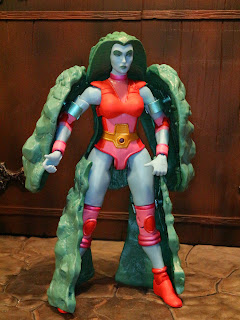 * To create her more rocky appearance Granita includes five panlels of "rock armor" that snap on to her legs, arms, and back. The arm and leg panels are a bit obtrusive but they stay on fairly well during normal display and posing. The green color matches her "hair" and differentiates her from Rokkon and Stonedar. 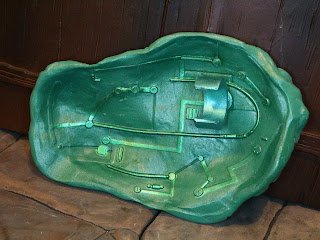 * Inside each of the panels is a variety of circuitry that, again, helps Granita to feel more like a MOTUC figure and not like one of the straight up Filmation figures from the Club Grayskull series. 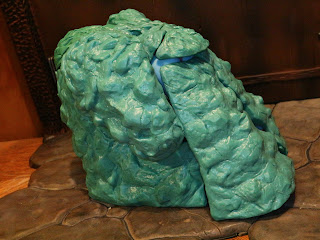 
* While Rokkon and Stonedar really fit together into their rock bases quite well, Granita's fit isn't that tight. It's a bit loose, messy, and haphazard feeling. I'm not sure what the problem here is but I can't get Granita to look right in her comet form. 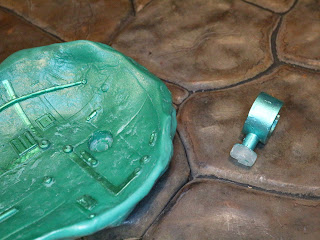 * The arm panels fit on well but the peg on one of them tends to slip out whenever it is being taken off. The glue seems to just not have been strong enough. 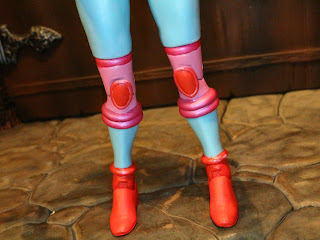 * Umm... I'm pretty sure my Granita has reversed knees or something, right? There is definitely something off here, but it's hard to put a finger on it. 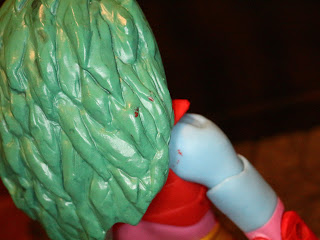 * There is quite a bit of red paint slop on the back of Granita and on the very front of her hair. It's a bit frustrating and seems to be indicative of some overall quality control problems with the figure. Again, it's not a sloppy paint job but random paint slop from another part of the figure. 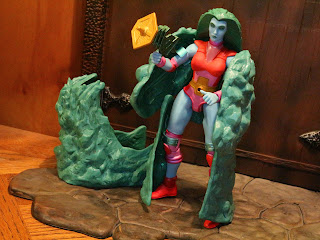 Thus far Karg and Quakke are the only other Super7 MOTUC figures I've reviewed and while they were both pretty incredible, Granita is... much less so. I like the overall look of the figure but the execution of the rock form is quite lacking. Tack on some little extras like the awkward (and possibly reversed) knees and the paint slop and you have a a rather Eh and a 1/2 figure. For collectors of this line and fans of Granita, I'm sure there's no stopping you from picking her up. For folks who tend to cherry pick a bit, only selecting their favorites, Granita definitely seems like the weakest link of this series. Hopefully she's a fluke!