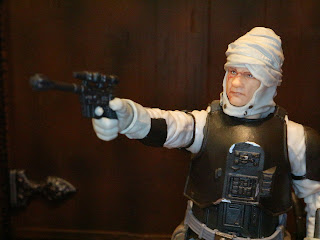 Recently I ended up with the newest series of figures from Star Wars: The Black Series and I think it is easily one of the best series of figures they've released yet. Today I'm checking out Dengar who may very well be the best figure in the series. In fact, Dengar could quite possibly be the best figure released in 2018. When I originally began collecting the Black Series I wasn't planning on going all in; my goal was to pick up cool figures I liked until I assembled the six bounty hunters from The Empire Strikes Back. Well, that plan changed, didn't it? Still, assembling the crew of bounty hunters has been my number one goal in this line and I'm glad to say I've accomplished it. It may be a week or more until I get around to reviewing Zuckuss but I now have him, I'm checking out Dengar today, and I've reviewed Boba Fett, Bossk, IG-88, and 4-LOM. It doesn't get any better than this, right? Let's check out Dengar and see why he's one of the best releases of 2018. 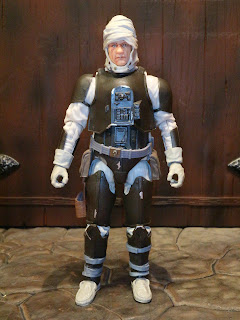 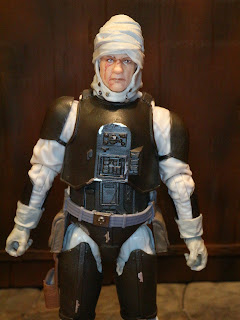 
* Dengar is easily one of the best figures in the Black Series thanks to the impeccable design and sculpting. Heck, the paintwork is really strong, too. While Hasbro has done a really good job with most figures this year it's always interesting to see what figures end up being absolute knockouts. Who would have thought it would be Dengar, right? Maybe he is someone's favorite over at Hasbro? 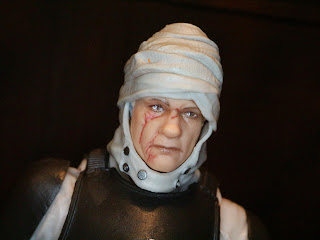 * That headsculpt is just aces and it really captures a great resemblance to the late Morris Bush who, interestingly enough, was in all three of the original trilogy films. Believe it! Yeah, he was Dengar in TESB but he also appeared as Dengar again briefly in Return of the Jedi at Jabba's palace and was Darth Vader in A New Hope. Yup! According to David Prowse, Bush filled in for him after the duel with Obi-Wan Kenobi and, thus, he is really the actor kicking Obi-Wan's cloak. What a cool fact, right? 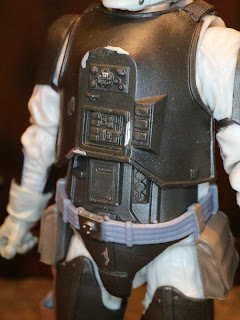 * Dengar wears various bits and pieces of Imperial armor that has been repainted a very dark, somewhat metallic brown. The detail is incredible and I love that the chest armor even seems to be a separate piece from the rest of the torso. 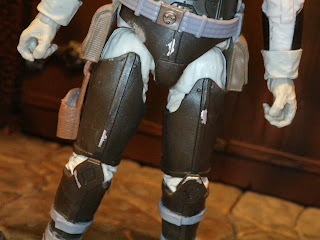 * The leg and waist armor is superb as well. The weathering and chipped paint on the armor looks great.  I love the Sandtrooper greaves as well. The mixture of Stormtrooper, Sandtrooper, and Snowtrooper armor is really quite cool. 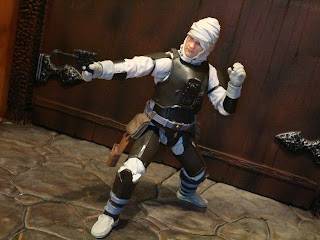 * Dengar is as well articulated as nearly any other figure in the line and each of those joints has a terrific range of motion. Factor in the newer styled balljointed neck and head, you're talking about a figure that can give off some very impressive, subtle expressions. This guy is easily one of my favorites to pick up and play around with. 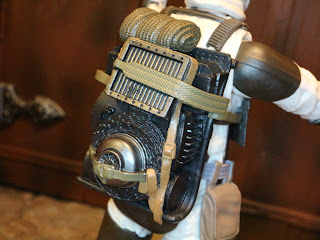 * I love that Dengar carries a backpack with him. It makes him seem even more rugged and weathered and ready for a long job. The backpack looks awesome and you clearly see the bedroll, canteen, and coil of rope he carries around. The backpack not only fits securely on Dengar's back but the straps on the side tuck into the sides of his armor. It looks incredible! 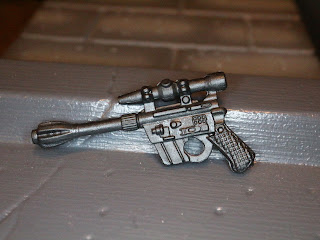 * While the Imperial officers come with DL-21 blasters, Dengar comes with a DL-21 with heat dissipation vanes on the muzzle. It looks awesome and makes for a cool sidearm for Dengar. 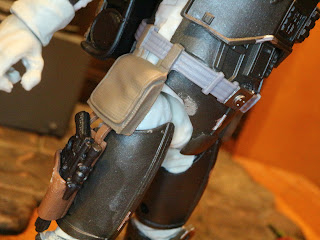 * Dengar's belt has two large pouches, a belt buckle, and a holster for the DL-21. It's really detailed and the holster is functional. 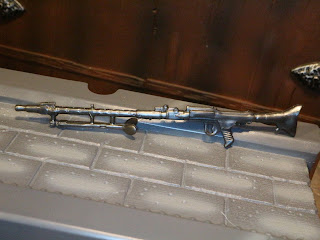 * Dengar certainly includes his primary rifle, a DLT-19 heavy blaster rifle. The sculpt is solid (although we've seen it before) and Dengar can hold it really well in multiple poses. 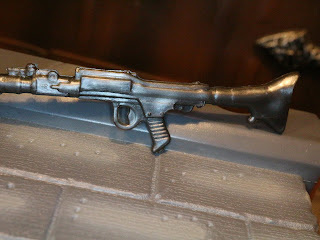 
* I really wish the DLT-19 had some weathering. Hasbro does a great job of painting some accessories but leaves others randomly barren of detail. This one could have used an extra bit of detail. Dengar is an Epic figure and is possibly the best Black Series release of 2018. This has been a seriously good year for this line Dengar shows what happens when the detail. paintwork, character likeness, and accessories fire on all cylinders. Dengar is probably my fourth favorite of the bounty hunters from the bridge of the Executor and I couldn't be happier with how he turned out. I'm really excited to hit the end of 2018 and take a look at the ten best figures of the year. Dengar definitely has a spot and might even take the top spot.

Who is your fourth favorite bounty hunter? Let me know in the comments below!


This is actually the first Dengar toy I've reviewed on the site. For more figures from Star Wars: The Black Series Phase III, check out the following: