Action Figure Review: Fang-Or from Masters of the Universe Classics by Super7 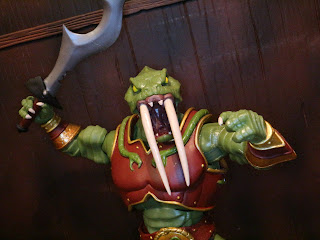 Guess what it's time for? Another Masters of the Universe Classics review! Today I'm checking out the third figure I've looked at from Super7's first series of new MOTUC figures and it's a new character: Fang-Or, the Freakishly- Fanged Snake Men Warrior. Well, Fang-Or isn't new but this is his first action figure. Fang-Or first appeared in one of the MOTUC minicomics (The Second Ultimate Battleground) and was created by Scott Neitlich to be a new character for the MOTUC storyline. He's easily one of the best new characters to come out of the MOTUC era due to how well he fits in with the Snake Men faction. Heck, if you showed him to someone who wasn't obsessed with Masters of the Universe they might believe that he was a character who existed in the vintage line. He's a great design and while he might seem like a strange choice for Super7's first series of Collector's Choice figures, he definitely is a solid one. Let's check him out after the break... 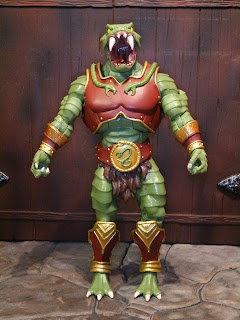 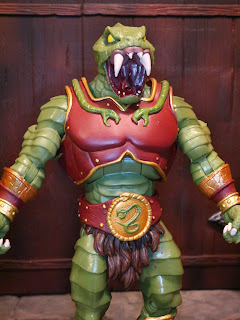 * Fang-Or looks fantastic and absolutely fits in well with the rest of the MOTUC Snake Men. He definitely has the 200x "Hyper Anime Detailed" styling (which I love) and looks incredibly unique even though he does share a lot of parts with previous releases (the limbs are from King Hsss while the feet are from Kobra Khan and the greaves are from Chief Carnivus. The armor and belt are all new, though, and I can't locate the source of the hands and wrist guards, so that's cool as well. This is a really well designed figure and is easily one of the coolest releases Super7 has done. The colors are quite nice and overall the paintwork is very solid. 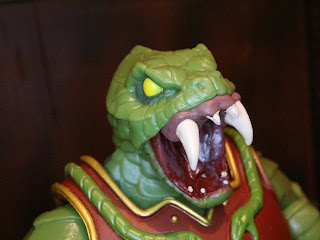 * I love the headsculpt here! Fang-Or has a great Snake Man vibe with lots of scales, creepy eyes, and some really wicked fangs. I love the wide open mouth, too. 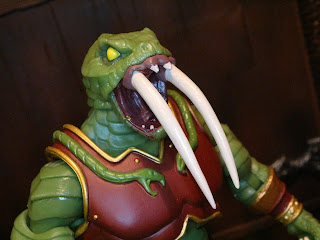 * To replicate his powers (apparently Fang-Or can launch his teeth and then grow them back) the figure includes an alternate head with long, extended fangs. The fangs are really cool, very solid, and help differentiate Fang-Or from the rest of the Snake Men. It's a "gimmick" we haven't seen among the rest of the figures and one that easily seems like something that would have worked well as an action figure in the vintage or 200x line. 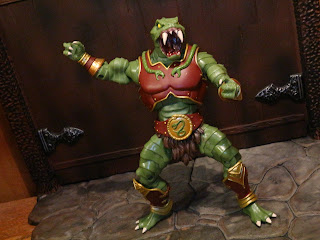 * The articulation is solid as usual. Super7 has taken Mattel's standard articulation model and added in swivel/ hinge hips ankles and wrists. Overall I like the range of movement and the quality of the figure. He feels quite durable. Super7 has been a bit inconsistent in the feel of the plastic quality in the figures but Fang-Or is definitely one of the best. 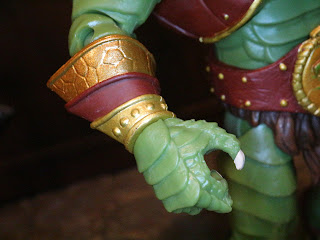 * Here is a close up of Fang-Or's cool wrist guards and hands. Again, I'm not sure if these are reused from any other figures, but they look really cool and have a bit more detail and paint than some of the standard MOTUC figures. 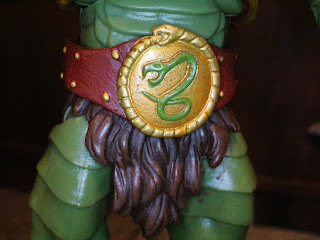 * The belt is really cool, too. I love the large logo with the classic Snake Men logo along with the ouroboros around the edges. 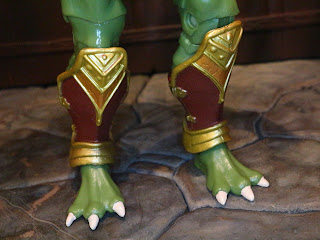 * The greaves are also quite slick. They're reused from Chief Carnivus but they work really well here. 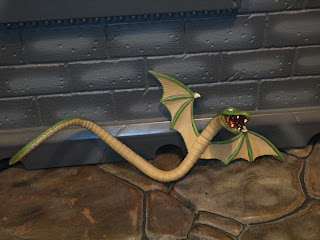 * Like with Kobra Khan, Fang-Or also comes with a companion figure. It's a winged snake and it's really pretty creepy, particularly to someone who loathes snakes. The paint is great and while the figure is solid (not at all bendable) it makes for a fun little extra addition to the Snake Men legions. 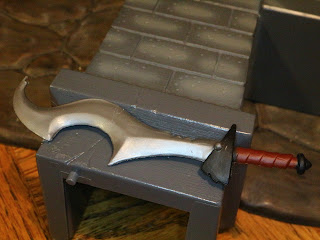 * To aid him in battle Fang-Or includes a massive sword. I love the wickedly shaped blade and the multiple paint applications. It's a fun weapon and it's well made; neither brittle nor rubbery. I like it. 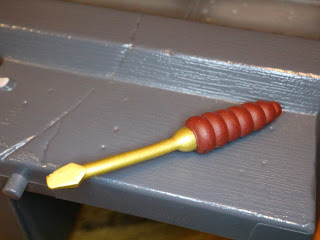 * The bio for Fang-Or depicts him as an inventor who has learned much of his craft from Snake Man-At-Arms. To convey this Super7 loaded Fang-Or down with lots of tools, first up is a screwdriver. It's a standard looking screwdriver although the handle does kind of look like a rattle. That's pretty cool, right? 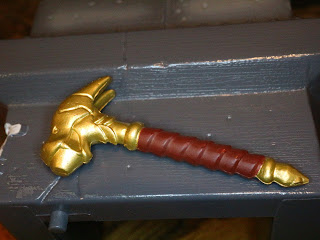 * Next up is a very stylized hammer with a head that looks like a snake. I dig it. 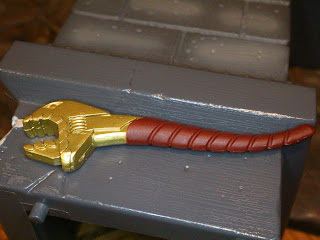 * Lastly, Fang-Or comes with a wrench. The detail on the wrench is quite impressive and I appreciate the ergonomically designed handle. 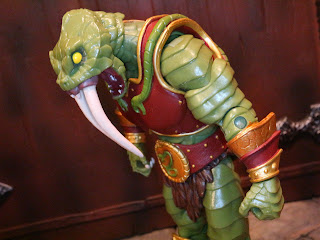 
* It's not the worst thing in the world but Fang-Or has a very loose torso and a very loose lower balljoint in his head. Overall he still takes poses quite well but the slight floppiness is still a bit frustrating. 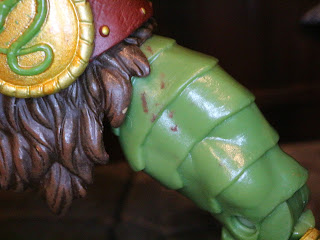 * There's some paint bleed on Fang-Or's thighs. It's not very noticeable or even visible but it definitely is a quality control issue that shows the paint wasn't fully dried when the figure was assembled. 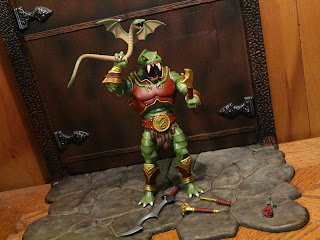 I am liking Super7's work on the MOTUC line thus far and Fang-Or, along with Karg, are the best figures they've put out thus far. Fang-Or is a great figure that reuses some previously tooled parts with lots of new parts, two alternate head sculpts, a companion figure, and lots of accessories. Super7 definitely raised the price on their MOTUC figures but if every figure came with as much stuff as Fang-Or, the price would easily feel justified. Fang-Or is an Epic figure and definitely makes for a fun addition to the Snake Men. He's probably the toughest Super7 Collector's Choice figure to get your hands on but he's well worth tracking down.

This is the first action figure of Fang-Or I've reviewed. For more MOTUC figures from Super7, check out the following: