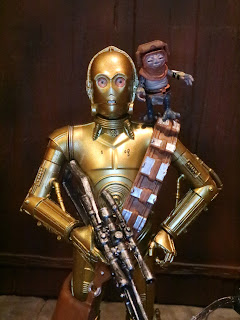 The Rise of Skywalker definitely hasn't had nearly the amount of merchandise released as the previous two saga installments, although the figures we've gotten definitely are of a much higher quality than we've seen before. Today I'm checking out Target's exclusive The Black Series release: C-3PO & Babu Frik. Warning! Once we get into the review, there are going to be some spoilers for The Rise of Skywalker as I want to talk about C-3PO's role in the film, which I really liked. Seriously, C-3PO had one of the best roles for a legacy character in the sequel trilogy in TROS. Ever since we saw the trailer showing C-3PO with those crazy red eyes I've been curious about his role in the film. When this guy was revealed, I had even more questions. Was C-3PO going to be reprogrammed to fight? Why does he have Chewbacca's stuff? Is something going to happen to Chewbacca? Who is Babu Frik? This guy was a perfect release to get me excited for the film and he turned out to be a darn fine figure, too. Let's check this pair out after the break... 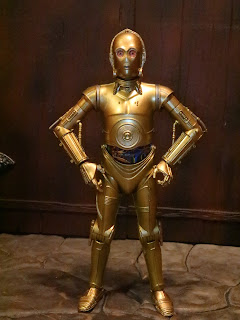 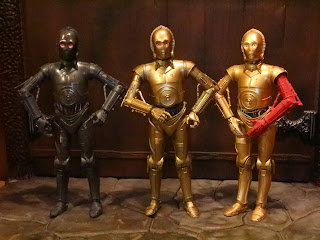 * This version of C-3PO is a mixture of previous versions with a new head. He uses most of the body and legs from C-3PO (Resistance Base), on the right, while adding in the newer arms and hands that 0-0-0 (on the left) borrowed from 4-LOM. 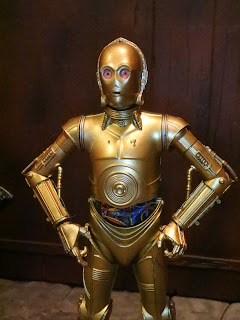 
* As I mentioned above, if you own any of the other C-3PO figures and one of the newer protocol styled droids like 4-LOM or 0-0-0 then you know what to expect here. That's not a bad thing, though, as it gives the protocol droids a nice uniformity but also means that C-3PO has the new elbows with functioning pistons and hands designed for holding blasters. I like the color of Threepio better, too. He seems more metallic than previous releases. The paintwork is neat and clean, even on the wires in his stomach. 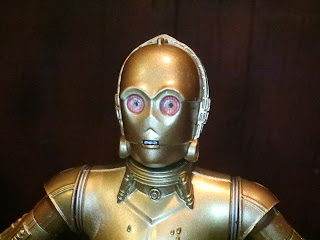 * This is a new (or slightly modified, at least) portrait. From the front you won't notice too much, but turn this guy around... 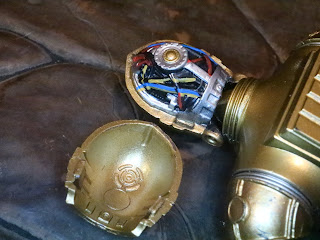 * And you can see where Babu Frik has opened up C-3PO's head to perform a memory wipe, thus bypassing the restriction in place that keeps him from sharing his translation of the writing on a Sith dagger! This is a cool feature that works really well and makes this an improvement over the previous releases. 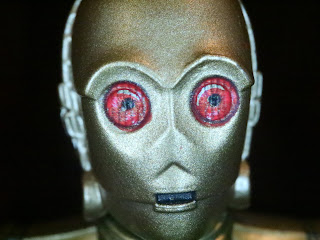 * It's not mentioned on the package but when you put C-3PO in the freezer his eyes turn red, just like in the film! (Dryden Vos has a similar unadvertised feature.) In TROS, C-3PO's eyes turn red when he reads and translates the Sith text found on the dagger hiding the location of the Sith wayfinder. I wish C-3PO came with the Sith dagger, too. That would have been another killer extra. 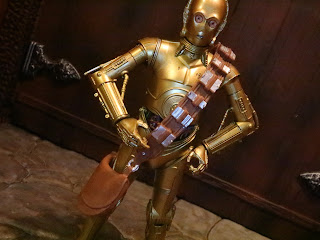 * When I first saw that this C-3PO figure came with Chewbacca's satchel and bowcaster, I was geared up for the worst. Fortunately, Chewie does survive TROS (c'mon, I told y'all there would be spoilers in here), although C-3PO does carry the satchel and bowcaster briefly while on a mission to rescue Chewbacca. The satchel is from the Chewbacca figure released for The Force Awakens and doesn't really seem to be any different. Surprisingly, it does stay on Threepio fairly well. 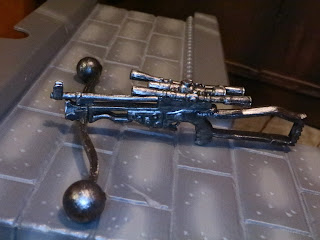 * Threepio also comes with the bowcaster from the same Episode VII Chewbacca figure. It is a two piece accessory (the crossbar is removable) and and the paintwork is much better than the accessory included with Chewbacca. 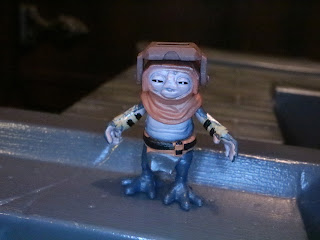 * One of the biggest err.., key selling parts of this figure is the inclusion of Babu Frik, the Anzellan droidsmith who assist the Resistance by performing a mind wipe on C-3PO. Baby Frik is tiny, by the way: He's less than an inch tall! He's quite sharp, though, with an excellent sculpt and paintjob for such a tiny character. 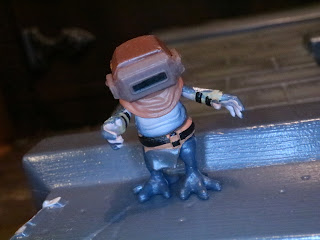 * He not only looks nice but Babu Frik is also articulated! He features a swivel waist, balljointed shoulders, and hinged welding goggles. That's pretty impressive, right? 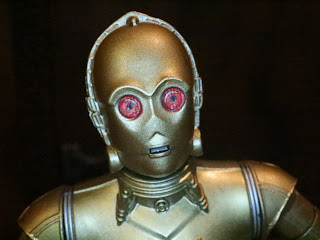 
* I love C-3PO's red eyes but I hate that I gotta stick him in the freezer to see them. this guy really would have benefited from an alternate head with red eyes. 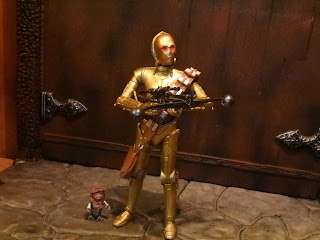 I gotta say that while there's a lot of reuse here, there's also so much cool stuff that this is an easily Epic figure. Babu Frik is quite impressive given his minuscule size and this is the best version of C-3PO yet. Even though this didn't turn out to be as necessary version of C-3PO as you might be lead to think considering he's running around with Chewie's bowcaster and bandolier, the figure itself is loaded with excellence. This guy's a Target exclusive and he seems to be a little harder to come by than most previous Target exclusives thus far. Threepio's a legacy character and fan favorite that includes another pack-in character. What's not to like about him?