Action Figure Review: Shadow Weaver from Masters of the Universe by Super7 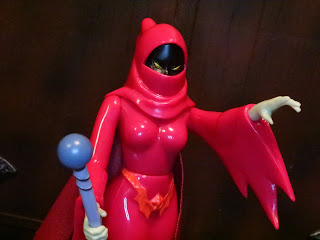 Today I'm checking out one of the most exciting releases in Super7's Filmation inspired continuation of the vintage Masters of the Universe line: Shadow Weaver. I'm willing to bet if you calculated which He-Man or She-Ra character had the most screen time in the cartoons while still not having an action figure in the vintage toyline, it'd probably be Shadow Weaver (Madame Razz and Broom would be my second and third guesses, respectively, followed by Queen Marlena and Scorpia). Shadow Weaver was such a major part of the Evil Horde in She-Ra: Princess of Power that it's baffling as to why she never had a toy in either the MOTU or Princess of Power lines. Having an official release in this scale and style definitely feels like a major victory for fans of the vintage line. While it was fun getting Filmation inspired versions of vintage characters in the line, Shadow Weaver feels like the kind of figure this line was made more. I'm quite happy with her! 2019 has been a big year for Shadow Weaver, so let's check out another cool toy based on the Evil Mistress of Dark Magic after the break... 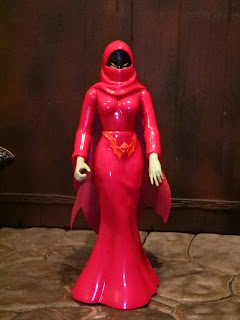 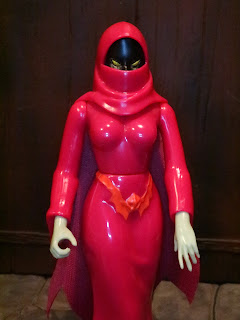 * I love Shadow Weaver! She's definitely one of the best looking figures Super7 has produced in this line. In my pictures she looks a bit shinier and brighter, but some of that is my lighting. In person, she doesn't seem as shiny or bright. Shadow Weaver is a fantastic character design, mixing a very feminine shape with a creepy hooded visage in a dramatic, flowing costume. Other than maybe the look of the plastic, sculpting wise I could see this very much being what Shadow Weaver would have looked like had she appeared alongside the Horde in the vintage MOTU line. I'm sure she would have looked different had she appeared in the PoP line, but I imagine PoP fans will still be glad to have her. The spell casting left hand looks fantastic and makes this Mistress of Magic even more threatening! 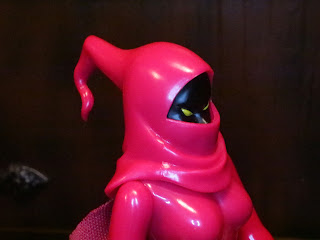 * The headsculpt is excellent. Well, you don't really get to see her head, but you can see her shadowy "face" with those glowing yellow eyes and her magenta hood. I love it! She seriously looks great in person. Having her head/ face being a separate piece under the hood definitely ups her mysteriousness. 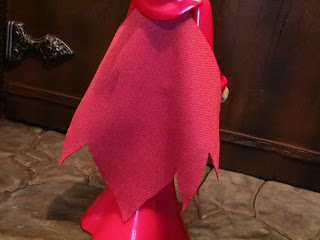 * While most of her robes are simply sculpted, Super7 did give Shadow Weaver an actual fabric cape. There were definitely vintage MOTU figures with cloth outfits (Ninjor and Scareglow come to mind) and nearly all of the PoP figures had cloth outfits, so this feels very natural. It also makes me think of Prime Evil from the Tyco/ Schaper Filmation's Ghostbusters. Does anyone else want Super7 or someone to pick up that license? I sure do! 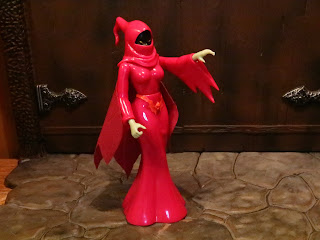 * While Shadow Weaver is kind of a "salt and pepper shaker" figure, like Evil Seed or the vintage Gwildor, she does have swivel wrists and shoulders, so you can do a bit more spellcasting than you would expect. She feels pretty solid and seems like a step up in quality from some of the earlier figures in the line. 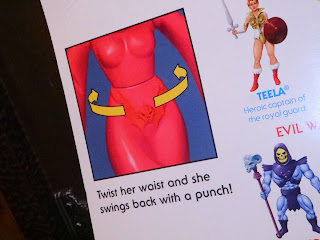 * I as surprised that Shadow Weaver features a swivel waist,  like most of Super7's neo-vintage figures. It's fun to have a genuine action feature in a MOTU figure again, allowing Shadow Weaver to swing her wand and cast spells at her foes with just a turn of the waist. 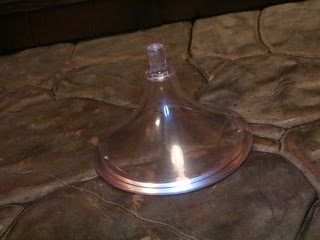 * To help give her the creepy floating appearance she's know for, Shadow Weaver comes with a translucent plastic stand. This plugs into a hole on the bottom of the figure and stands secure, letting her eerily "hover" off of the ground. Oooohhh!! 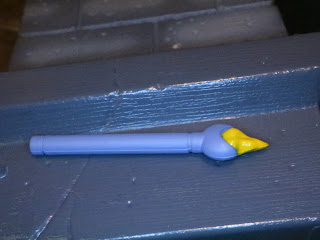 * Shadow Weaver comes with two wands, one of which is the Wizard's Wand from the She-Ra episode Bow's Magical Gift. 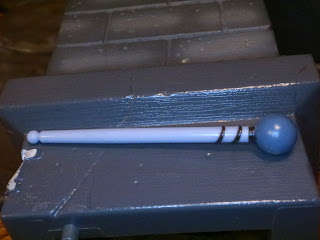 * The second wand is Shadow Weaver's default wand which she uses most of the time. 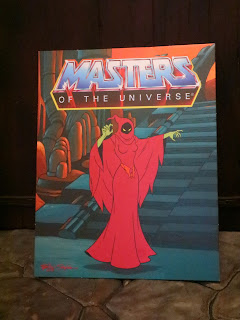 *  I really am quite fond of the art cards included with these figures. They kind of mimic the look of the minicomics in the vintage packaging but they're a simple cardstock art print. On the front is a really cool image of Shadow Weaver from Emiliano Santalucia while the back features an image of the Filmation model of the character next to a concept sketch of Shadow Weaver along with some text. 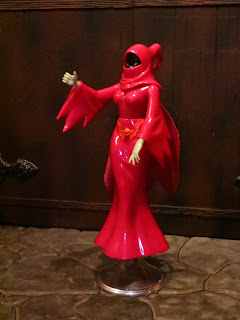 
* My only complaint with this figure is that Shadow Weaver's stand causes her to lever high above everyone else. She looks fine on her own or maybe standing behind the rest of the Horde but, if you pose her interacting with other figures, she looks like she's just floating way above their eye level. If the stand had been a bit shorter it would have worked much better. 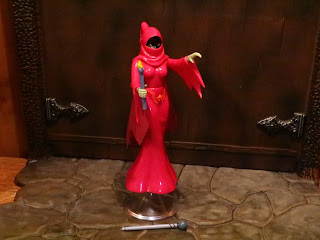 Shadow Weaver is the perfect example of what Super7's main focus with this line should have been. I like most of the figures we've received but Shadow Weaver definitely sits above the rest, I think. She's not only a cool vintage styled figure on her own but she really does make a vintage MOTU or PoP collection feel more complete. Nice accessories, a great sculpt, and fantastic, bold colors will definitely help ensure that Shadow Weaver is an eye-catching and enchanting part of your MOTU collection.