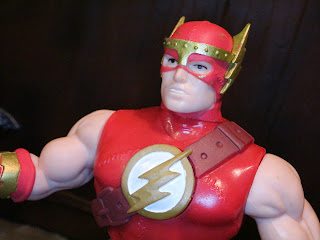 I'm kind of speeding through reviewing series 2 of Funko's DC Primal Age so it only makes sense that I'd check out the fastest of the fast, The Flash! Series 2 offers up the rest of the Justice League introduced in the DC Primal Age comic (anyone else find it odd that Cyborg wasn't in the comic? He could have had a real Roboto vibe here) with the Flash and Superman. Let's check out the Flash after the break... 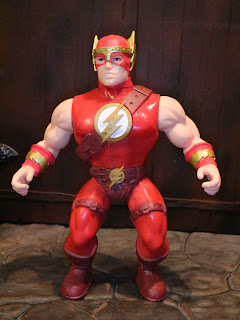 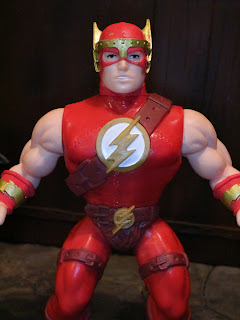 
* While this is without a doubt the Flash, I definitely get a vibe that makes me think of either Mercury or Hermes as well. Something about the strap across the Flash's chest coupled with the short sleeves definitely helps to depict the character visually as a messenger. The paintwork on most of the body is excellent. Like on other figures, there is also stitching present on the bodysuit to give it a more primitive, handmade appearance. 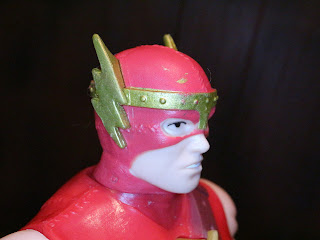 * The headsculpt is pretty cool, particularly because of the gold circlet with the lightning bolts on the side. It's a great way of translating the Flash's usual lightning bolts on his cowl into the swords and sorcery world of DC Primal Age. 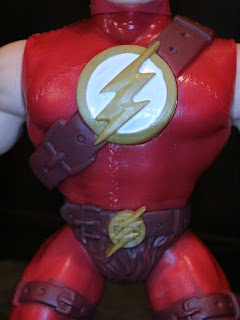 * One of the things I really like in this line is that many of the details are separate pieces that are embedded in the main sculpt. I always feel this makes for a crisper, more attractive presentation. Flash's logo, both on his chest and his belt, are just incredibly sharp looking! 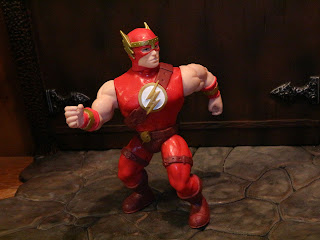 * The Primal Age figures are definitely built in such a way as to look similar to a Masters of the Universe figure or any other similar barbarian fantasy figure from the 1980s, although the hip joints are more traditional ball joints rather than the rubber banded legs of the vintage MOTU figures. Like the Target re-releases of series 1, these feel very sturdy and well made. Probably even better than those releases, actually. 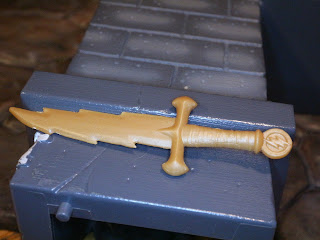 * The Flash only has one weapon: A lightning bold shaped blade with a lightning bolt design on the pommel. It's a cool weapon, fitting with Flash's design, and it looks great in his hands. 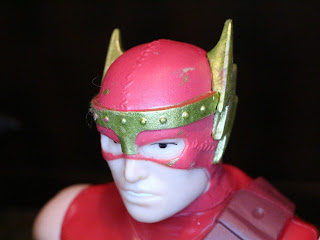 * I've praised Series 2 for it's incredibly clean paint work and, while that's been true overall so far, The Flash unfortunately has some errant slop on his head that seems to come from his gold circlet. This might vary on a case by case basis but it's at least worth nothing. 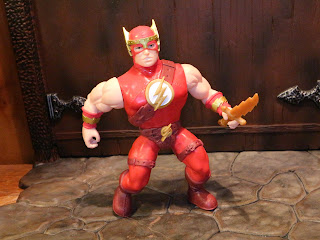 The Flash isn't the best figure in series 2 but he's far from bad. I'd give him a Good and a 1/2 as he's well made and fun, although the errant paint streaks on his head and the lack of accessories bring do bring him down a bit. I wonder why the series 2 figures have fewer accessories than series 1? A shield or some clip on lightning effects would have been incredibly fun. The Flash looks great alongside his fellow Justice League DC Primal Age teammates. In fact, this series just looks amazing as a group!