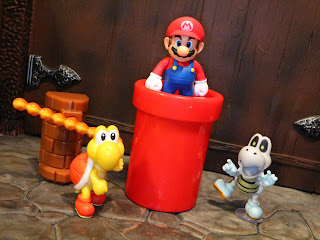 Today I'm checking out another item from Super7's new Super Mario line but rather than being an item from the standard from the 4 inch line, this time I'm checking out a set from the minifigure line. Jakks also released a fairly extensive minifigure line for the World of Nintendo collection, too, and these will fit right in with that series. I picked this up at GameStop about a month ago and managed to get it for 25% off as well thanks to a sale they were running. GameStop is getting to be the premiere retail destination for picking these figures up so it's always worth checking them out if you collect this line. Jakks has released playsets and diorama sets before in the World of Nintendo line but this one really appealed to me thanks to the spinning Fire Bar accessory. The Fire Bars have been an obstacle for Mario and Luigi ever since 1985's Super Mario Bros. and having them as an accessory is just too cool. You're also getting three other minifigures and a pipe, meaning that this set is loaded with fun stuff to reenact one of myriad of dungeons populating the Mushroom Kingdom. Let's check this one out after the break... 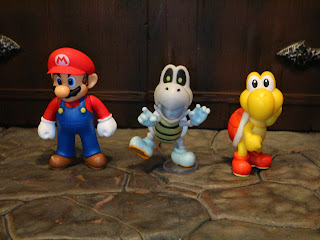 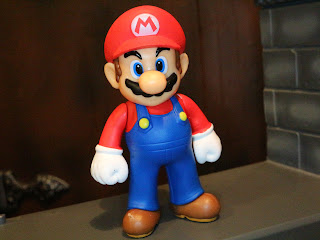 * This Mario has been released before (in 2-7 of the World of Nintendo series) and he's also available in the new 5-pack of Mario characters, too. This is the first 2.5 inch Mario I've owned and I gotta say I really like him. He looks fantastic and has amazingly clean paintwork for the smaller scale. This is a perfect minifigure of Mario's modern look! 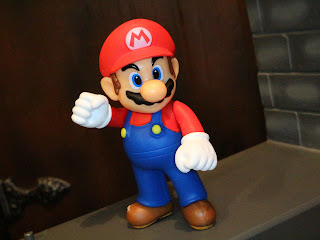 * Not only does Mario look great but he actually has some articulation, too: Swivel shoulders and a swivel head. He's fun to play with and can actually take a few cool poses for a better display. 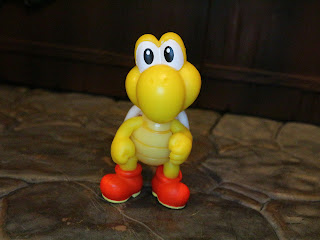 * Next up is a Koopa Troopa, another one of the main enemies Mario faces over and over again. He's another reused sculpt (as both a green shelled Koopa Troopa and as green and red Para Troopas) but so far as I can tell this is the first time the standard Koopa Troopa has come in red in the 2.5 inch line. The sculpt is excellent as are the paintworks. These guys are really colorful and very, very fun! 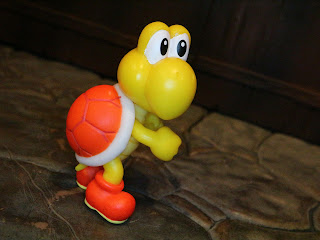 * The Koopa Troopa features a little bit of articulation, too: Swivel shoulders and a swivel neck. His articulation doesn't give him as many posing options as Mario has but it still allows for some fun poses. If you had a couple of these I could see you being able to make some really fun dioramas. 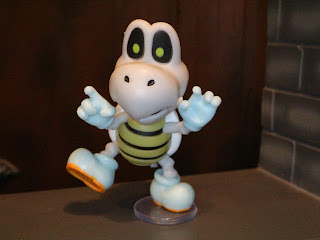 * Last up is Dry Bones. He's been one of my favorites since Super Mario Bros. 3 and I've contemplated picking up this 2.5 inch minifigure in the past. Dry Bones is another reused figure but since he's an army builder it's not as big of a deal. I love him (I didn't own one of these yet), especially his unique walking pose. He does require a clear plastic display to stand up but once he's attached to that he stands very, very well. 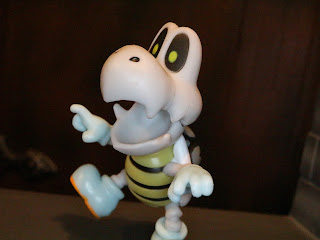 * Dry Bones has some articulation as well: Swivel shoulders, a swivel neck, and a hinged jaw. The hinged jaw is the best as it allows for some really expressive poses of the figure. Hinged jaws are always fun, aren't they? 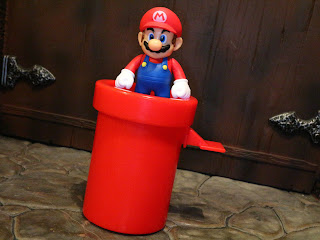 * One of the pieces that makes this a diorama set is the red Warp Pipe. It's pretty simple so far as sculpt goes but all it really has to do is look like a pipe, doesn't it? The pipe actually has a little platform inside so Mario can stand inside the pipe as if he's getting ready to go down. 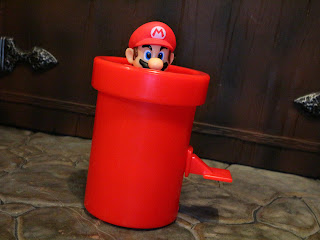 * See the lever on the side? Slide it down and Mario can descend all the way into the pipe (I've only got him about halfway down or so in the picture). It's a fun feature and, if you don't like the look of the tab, you can simply turn the pipe so the tab is hidden at the rear. 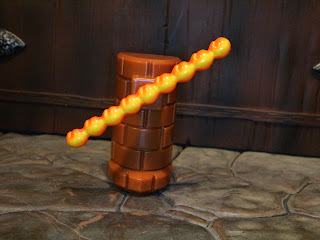 * Last, and certainly not least because it's the main reason I bought the set, is the Fire Bar. It's got a chain of fire balls on it and is permanently attached to a brick column. The Fire Bar is able to spin, however, and thus creates a cool looking obstacle for Mario to overcome. 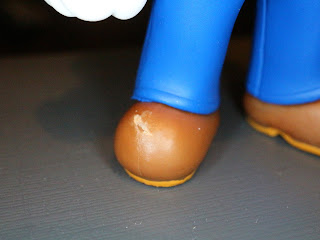 
* Out of this whole set the only problem I found was that Mario's shoe has an off paint defect. It's a little thing but worth pointing out. 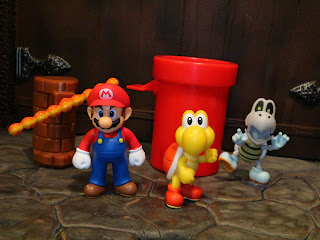 You know what? For $20 dollars ($15 for me thanks to a GameStop sale) this is a pretty impressive set. Three really nice articulated minifigures, a spinning Fire Bar, and a "working" Warp Pipe makes for a really fun playset. Whether you're a collector of Nintendo stuff, plan to add the Fire Bar, pipe, and Koopas to your 4 inch WoN/ Super Mario collection, or are giving this as a gift to a kid who likes Nintendo this set is well worth the money. It's an Epic playset that captures the fun and colorfulness of Nintendo's world. Great job, Jakks!

I've reviewed quite a few Mario figures (something I never thought I'd be able to say) including the standard Mario, the 2-4 Mario, the classic Fire Mario, the indestructible Gold Mario, the water-hating Cat Mario, the industrious Mario Maker Mario, the take charge Mario with Cappy, the high flying Racoon Mario, the magical Tanooki Mario, and the repacked Mario with Super Star.

If you're a fan of Dry Bones/ Parabones, I've also reviewed the 4 inch Super Mario Parabones.

I've also reviewed the Para Troopa and the Koopa Troopa.