Action Figure Review: Mekaneck from Masters of the Universe ReAction by Super7 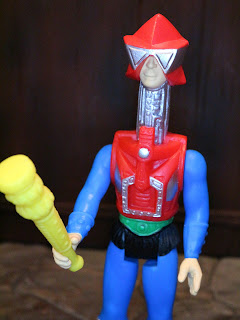 Finally I'm reviewing a hero! Today I'm checking out another figure from the newest series of Masters of the Universe ReAction figures and this time it's the Heroic Human Periscope, Mekaneck! Mekaneck isn't necessarily one of my favorite MOTU characters but for some reason he's one I always like to draw on the place mats at restaurants. There's something fun about his helmet and goggles, plus getting to draw a long crazy neck. Mekaneck is one of the figures from the third series of vintage figures and definitely seems to be one of the figures that most folks remember. Having an extendable neck is pretty memorable, don't you think? So far as I'm aware, he's the first figure from the Masters of the Universe ReAction line to have an action feature (Scare Glow really glows, so maybe that counts?). That's pretty cool! Let's check him out after the break... 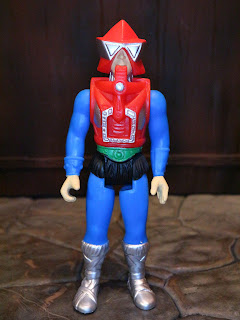 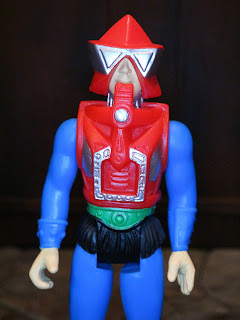 
* Mekaneck looks great. Seriously, I think he's one of the most impressive looking of the ReAction figures. The bright primary colors (mixed with some silver) always look good in Masters of the Universe but Mekaneck adds in the immensely cool armor that Mekaneck wears. The detail on the chest armor is excellent and captures the unusual tech stylings of classic MOTU. 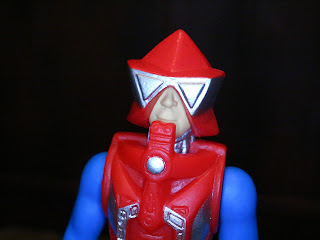 * As mentioned above, I love the look of Mekaneck's helmet. It's such an odd shape, but Orius looks really cool in it. I love the angular points and the silver lenses. 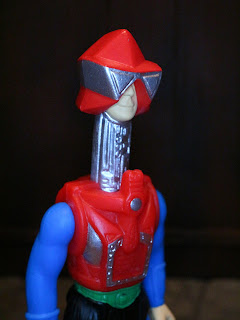 * Similar to the vintage figure and the 200x figure, Mekaneck's neck actually extends out of his torso to reveal a long mechanical looking neck. A mecha neck, if you will. Unlike those figures, though, (which required you to swivel the waist of the figure) this Mekaneck's neck simply slides in and out of his torso. There is a slot on his back with a small tab you can use to raise and lower the neck, too. It works great and really just adds to the coolness of the figure. While many adult collectors prefer for companies to avoid action features (because sometimes they're terrible), stuff like this just makes a figure so much more playable! 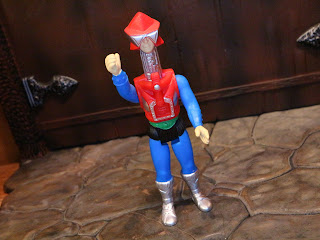 * If you've ever picked up a retro figure like this, you know what to expect, although the sliding neck is a bit unique. Mekaneck feels quite well made and sturdy and definitely of a better quality than some of the earlier ReAction figures that Funko put out. Super7 has been very consistent in the quality of their ReAction lines and I'm excited to see if they add any more similar action features to various ReAction figures in the future. 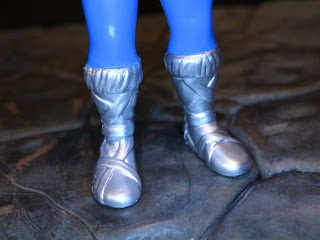 * I absolutely love Mekaneck's silver boots. I love that they're silver while still having furry cuffs and apparently being wrapped. The silver is just incredible and helps this guy stand out all the more. 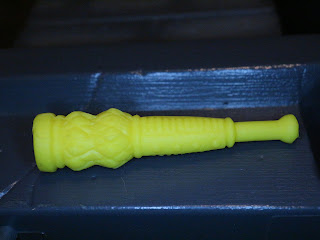 * Mekaneck's weapon was never one of my favorites but the sculpt of his club is pretty detailed. He holds it well and it matches the vintage toy rather nicely. 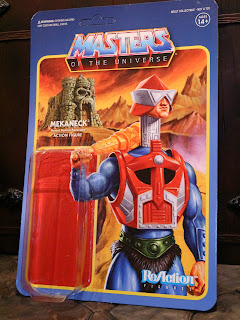 * The card art on most ReAction figures released by Super7 is beautiful and their Masters of the Universe line is no exception. Mekaneck features a beautiful illustration of the character by Jason Edmiston. I love how he's casually hoisting his weapon over his shoulder. Mekneck ain't bothered! To preserve the card I actually made a slit in the top of the blister so I can slide the figure in and out. It work great and allows the figure to be displayed inside and outside of the card. I installed some retail like pegs in my hobby room to hang these from. They look great! 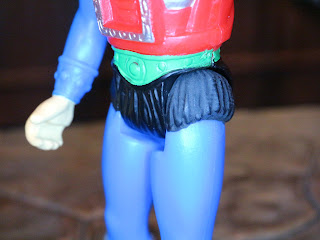 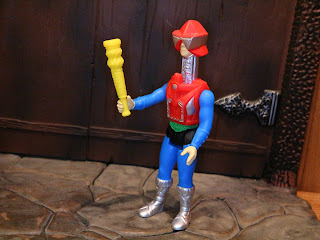 You know what? I'm absolutely loving Mekaneck. So far he's my favorite figure from the Masters of the Universe ReAction line. I know these aren't for everyone but for fans of the character or for MOTU fans who dig seeing an "alternate history take on the line, this is really, really cool. The action feature really sells this guy, along with the beautiful card art. He's a Great and a 1/2 figure and one of the most fun faux vintage figures I've owned. Reach out and grab him if you dig him!

If you're a Mekaneck fan check out my review of the M.U.S.C.L.E. Mekaneck from series 3, Pack D

For more Masters of the Universe ReAction figures check out the following:
Evil-Lyn
Faker