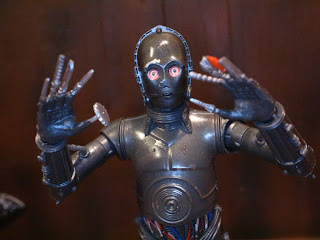 Today I'm checking out 0-0-0 (Triple Zero), another character from Marvel's Star Wars comic series. Alongside his murderous companion BT-1, 0-0-0 roams the galaxy looking for savage and sadistic ways to harm humans. Wouldn't this guy get along well with HK-47? 0-0-0 is the result of  something called the Triple-Zero protocol personality matrix, a device studied by Wat Tambor, later being put into the body of a standard protocol droid shortly after the Battle of Yavin. In the most recent series of Black Series figures Hasbro has included three characters from the new canon: BT-1, 0-0-0 here, and Doctor Aphra. What's interesting is that all three of these figures largely rely on reuse. Smart reuse, however. While Hasbro has definitely reused sculpts for figures like Stormtroopers, Clone Troopers, and other figures of the sort, reuse has been pretty minimal in this line. With smart reuse, however, hopefully Hasbro is more willing to give us more figures from both the New Canon and the Expanded Universe/ Legends that might not warrant completely new sculpts. Let's check out 0-0-0 and see how effective a figure that's 95% reuse can fully be! 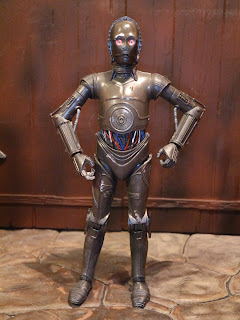 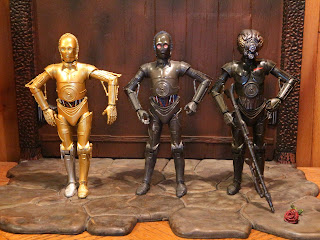 * Other than his weaponized hands 0-0-0 is all reused from C-3PO and 4-LOM. His legs, body, and head completely come from C-3PO while the improved arms and regular hands come from 4-LOM. Hasbro did a great job of combining to make the most accurate and best version of a protocol droid we've yet seen. When Hasbro ever releases any future protocol droids, this is the model they need to go with. 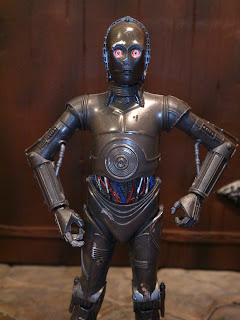 * Triple Zero is an awesome protocol droid build. Hasbro did a great job with the sculpt on both figures that 0-0-0 borrows parts from. I love the darker color scheme here, which is just such a key part of the character. It's fun, although a bit unnerving, to have two droids that look so much like C-3PO and R2-D2 yet who act so completely differently. He's very terrifying and frightening in a very subtle, underplayed way. 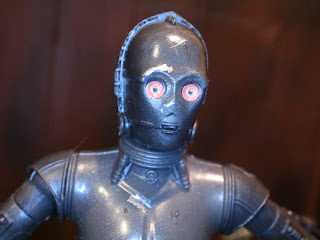 * The headsculpt is also reused from C-3PO but, again, the darker color and the bright red eyes are spot on. Isn't it weird to have this degree of menace emanating from a face that looks like Threepio? 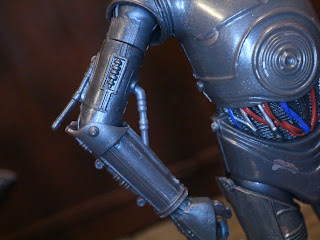 * Both C-3PO figures had "fixed" elbows, but this figure uses the articulated elbows with working hinged from 4-LOM. It's a fun addition that really improves the figure. 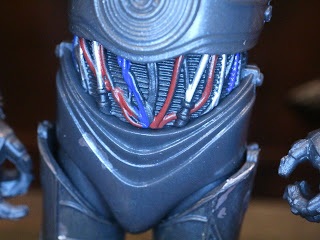 * 0-0-0 has the same visible wiring in his mid-section that C-3PO has. The paintwork is excellent and very neat and clean. 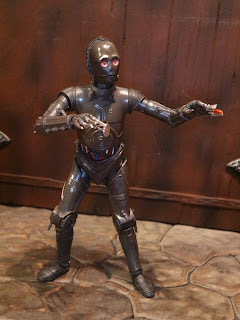 * While 0-0-0 is a protocol droid he still has a pretty great complement of articulation featuring every joint you'd expect from a Black Series figure. The joints are really well worked out to fit the droid's body, though, as the mid-torso joint is right above the mass of wires at his stomach and his hinged knees function in the way you'd expect due to the design of the costume. He's another quality, durable figure from Hasbro. 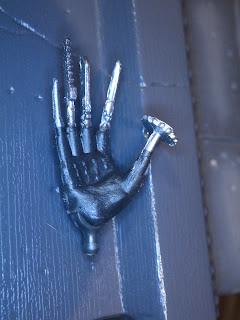 * The only new elements here are 0-0-0's weaponized hands. His standard hands pop out and these babies can slip right in. The right hand features all kinds of blades, saws, and a spinning circular saw in place of a right thumb. 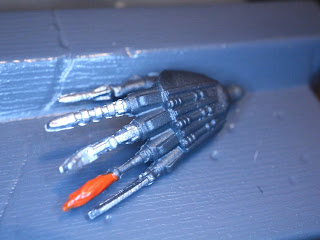 * The left hand feaures more blades, blasters, shockers, and a blowtorch on the left ring finger. 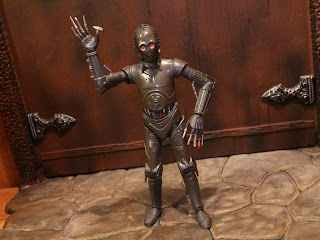 You know what? 0-0-0 is an Epic figure. Yeah, he's not really all that "new" but Hasbro took the best parts from two other droids, gave him some new hands, and a killer paint job and created a brand new character. I'm loving the Marvel Comics series, as it's some of my favorite Star Wars stuff ever and I'm glad to get some figures from it. Hopefully Hasbro keeps it up. I'm all about some creative reuse and 0-0-0 does it well. Pick this guy up! You'll be glad you did!