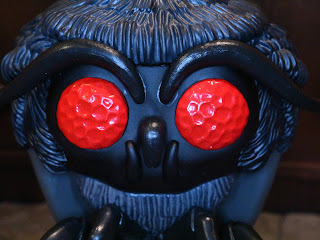 I haven't played Fallout 76 nor do I have any intention of playing it. I bought this POP! vinyl simply because it is based on Mothman, a legendary cryptid that I've been fascinated with since I was 8 years old. In addition to having a small but respectable collection of Mothman items and artwork and a shelf full of Motham books I've also made the pilgrimage to Point Pleasant, West Virginia a few times (including once to attend the Mothman Festival), so I'm always down for anything Mothman related. Since Fallout 76 takes place in Appalachia and the Mothman Museum in Point Pleasant is a location in the game, it's no surprise that the Mothman makes an appearance. I was really pleased that Funko added this legendary being as a POP! to coincide with the game's release. Let's check out the mysterious Mothman of Point Pleasant after the break... 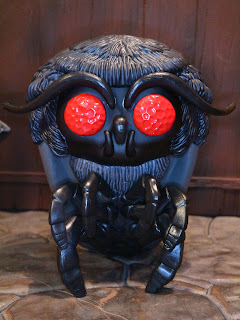 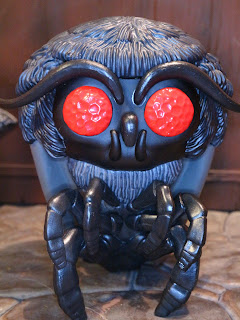 
* I've reviewed a lot of POP! vinyls on the site but Mothman is very unlike most other POP! vinyls. His eyes are definitely more accurate to the eyes of the creature in the game than standard POP! eyes and the body type isn't really distinctively POP! either. It really feels like its own, unique thing. It doesn't have any articulation and it's actually rather heavy, especially compared to most other POP! vinyls.  I love it, though. There really are not that many Mothman items out there so this is really appealing to Mothman fans. I get the feeling that this will be a really solid seller. 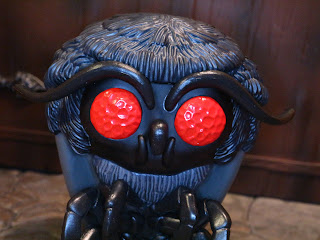 * The head is great. Fallout's Mothman actually looks very moth-like and less humanoid than some depictions of the cryptid, so this one shows all of the bug-like features. I love the eyes on this, by the way. I know I mentioned them already but they're so incredible that they need to be mentioned again. They look like the red golf balls at the put-put golf course! Very insect-like and striking. The red eyes are Mothman's defining feature and Funko nailed them here. 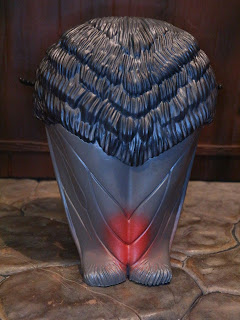 * The paintwork is incredible, too. Check out the red glow on the creature's wings (a very cool feature) and the paintwork, with bits of dry-brushing to bring out all of the detail of the fur, is extremely neat and clean. This is just an amazing looking figure. 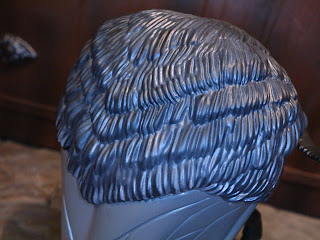 * Check out the sculpted detail of the furry body, by the way. I love it. It's very insect-like and adds some extra imposing size to Mothman's build. 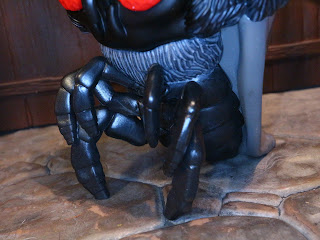 * Last, and certainly not least, Mothman actually has six insect-like legs. This is definitely a huge departure from the traditional depictions of the creature, who usually is portrayed as being more humanoid. I still like this interpretation, though, and the legs add a lot of character and uniqueness to the sculpt. 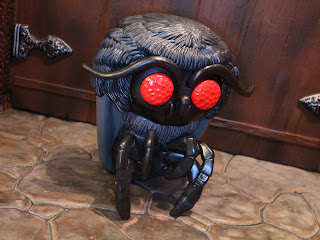 Combing an excellent sculpt and design, the usual low price for most Funko items, and my love of the Mothman, I'm going to have to give this an Epic. It's easily one of the coolest Mothman collectibles out there, and the fact that it's so readily available and affordable makes it all the more appealing. Mothman is easy one of my favorite POP! vinyls. I'd really love to see Funko just straight up do a line of various Cryptids, maybe with a more traditional Mothman. Cryptozoic has a line out of miniature cryptids already, which also includes a couple of Mothman variants. If you're a Mothman devotee, check them out too!

This is actually the first Mothman item I've reviewed on the site. I should have had a Mothman from the Legendary Monsters toyline but after releasing one figure to Kickstarter backers Nevermore Toys failed to release the other three figures that were supposed to be part of the set and ghosted backers.  For more POP! Games reviews, check out the following: