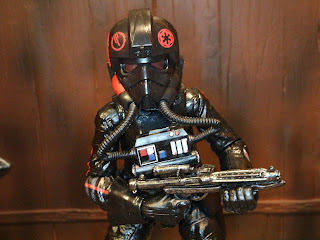 GameStop has really been putting out the Star Wars: The Black Series exclusives lately, huh? They've already put out the deluxe Supreme Leader Snoke and the Guardians of Evil 4-Pack and now the third exclusive is showing up: The Inferno Squad Agent from the upcoming Star Wars Battlefront II. I really don't play many video games these days, particularly games that require online play or that rely heavily on online multiplayer so I ignored the first Battlefront due to its lack of a story mode. Battlefront II has my attention, however, as it seems to have a pretty impressive story mode based around the new Imperial special forces unit Inferno Squad. The tie-in book Battlefront II: Inferno Squad was pretty good and definitely has me interested to see where the game goes story wise. Action figure wise, I do wish we had received a figure of Iden Version first. As the field commander of Inferno Squad, Iden Versio is easily the main protagonist of the game, so her absence is noted. Of course, this generic Inferno Squad Agent is mostly a simple repaint of the previously released TIE Pilot. Let's see what's new after the break... 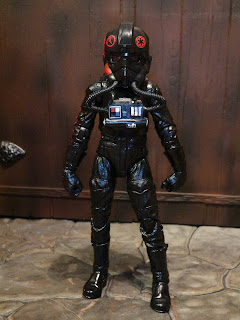 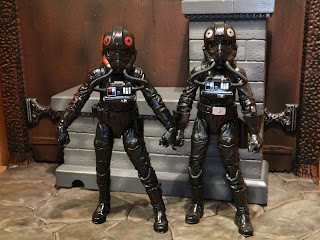 * As I mentioned in the into, the Inferno Squad Agent is mostly a repaint of the Phase II TIE Pilot figure. The only real difference other than paint applications is that the belt is different. While the TIE Pilot has a non-removable belt with a simple holster, the Inferno Squad Agent uses the same removable Stormtrooper belt that came with Han Solo. For the full scoop on the figure's sculpting and articulation, check out the original TIE Pilot review. 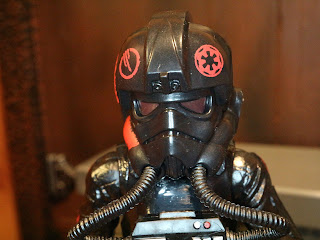 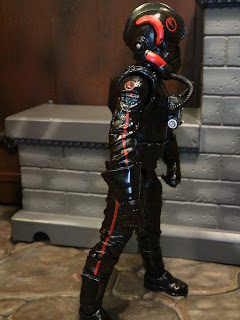 * The right side of the figure also has a red blood stripe down the right sleeve and right pants leg. It's a simple feature but it does look pretty cool. Both the left and right shoulder also feature the Inferno Squad logo. 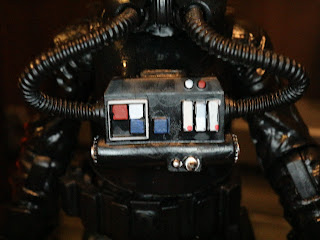 * The chest box features the slightly different color pattern that the Inferno Squad Agents seem to be sporting in the game stills we've seen so far. 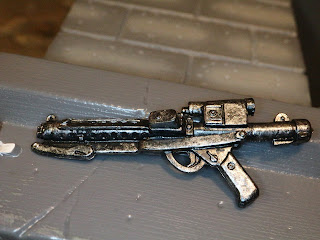 * Like most Imperial figures, the Inferno Squad Agent includes an E-11. It's the same model we've seen dozens of time before but this time it has been given a drybrushed effect to give it the appearance of burnished steel. It's a nice effect that does help to give it a cooler, more weathered vibe. 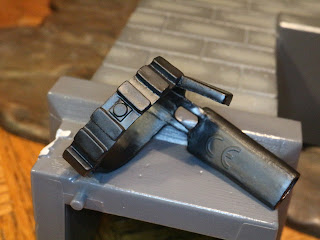 * The removable Stormtrooper utility belt is a nice effect and does seem to be accurate to what some of the Inferno Squad Agents wear. It snaps easily and has a holster for the E-11. 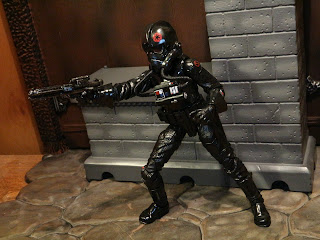 The Inferno Squad Agent is an interesting figure. On one hand, it's not as interesting a release as getting any of the named, more unique looking characters would have been. It's essentially just a repainted TIE Pilot. On the other hand, it is a nice looking repaint. There aren't too many differences between this figure and the standard release but it is a decent release for a store exclusive. This is a Good and a 1/2 release that should be nice for die hard collectors, fans of the game, and Imperial collectors but not a necessity.