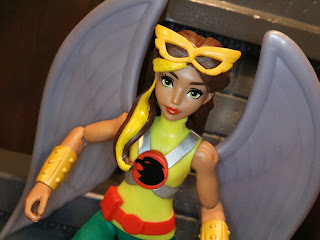 Admittedly, I am not the core demographic for the DC Super Hero Girls line. As a huge DC Comics fan who collects as many 6 inch DC Comics figures as I can afford, I definitely pay attention to the line and have certainly grabbed a number of the figures that interest me. My 4 year old daughter loves the 12-inch figures and that line seems to have a much more diverse roster of characters than the 6-inch line, although both lines seem to have characters not yet released in the other. Hawkgirl is a new figure in the 6-inch line that doesn't seem to have yet been released in the 12-inch line. I've never seen any of the show but I have been able to learn that the DC Super Hero Girls version of the character is the Kendra Saunders version and is a hall monitor. Let's take a closer look at Hawkgirl after the break... 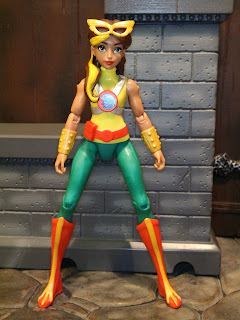 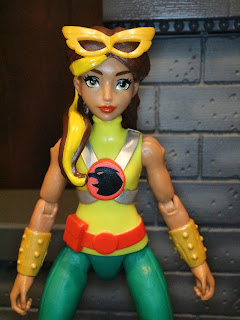 * Hawkgirl has an incredibly vibrant paintjob. The design is very similar to her classic design and has an awesome mixture of colors. I love the bold colors and the clean work on the symbol on her chest. 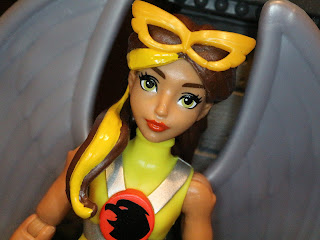 * The headsculpt and work on the hair both are really good. The paintwork on the face is also super neat and clean, particularly the eyes. 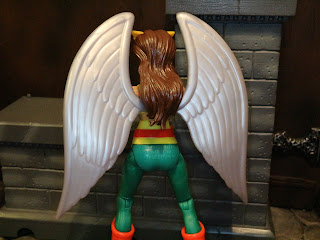 * Hawkgirl's wings are included as accessories and you do have to plug them in (they come separate from the figure). They simply plug in and you can rotate each wing at the base. I love the metallic color used for the plastic. It works pretty well on a fairly "toyish" line like this one. 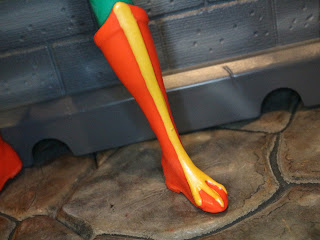 * Hawkgirl's boots are pretty cool. The orangish-yellow design kind of looks like the foot of a bird, doesn't it? 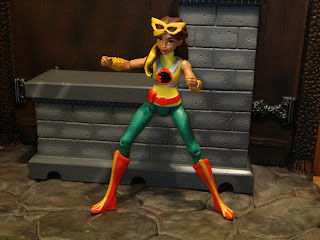 * These figures definitely have a decent amount of articulation are clearly meant to be action based toys rather than just shelf display pieces. That's nice to see in a kid's line.

*Hawkgirl does tend to fall over. There's something about the design of the figure that makes her tough to stand up on her own. 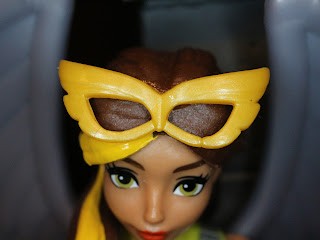 * I love the design of her goggles but I wish they were either a separate piece or that they could be swiveled down over Kendra's eyes. They have such a cool appearance and it's disappointing that the only way the figure can utilize them is stuck on her forehead. 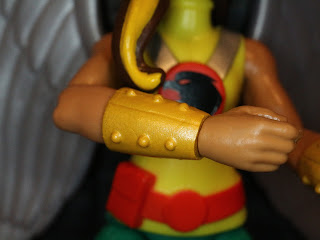 * Kendra's bracers are cool but where is her mace? It's kind of her signature accessory and I know it's used on the show. It really seems like an oversight. 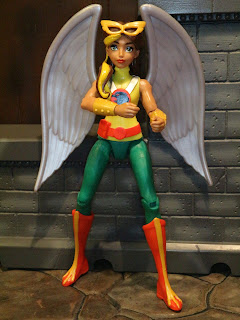 I love the design and concept of this line. It's very cool that girls are getting the chance to have superhero toys marketed specifically towards them. To be honest though, speaking as a DC fan I'm just really glad to see most of these characters get some support at mainstream retail. It's been nearly 9 years since a Hawkgirl action figure was available in stores so it's good to see that any young DC fan can get their hands on a toy of this character. She certainly has some design choices that could have been improved but, considering the line and the price point, she's a Good figure. I just wish Mattel had included her Nth metal mace.


If you're looking for another Hawkgirl review you can check out my review of the DC Comics Lil Bombshells Hawkgirl minifigure.