The Curse of 31 Days of Toy Terror: The Reaper (Batman: Year Two) from DC Comics Multiverse by Mattel 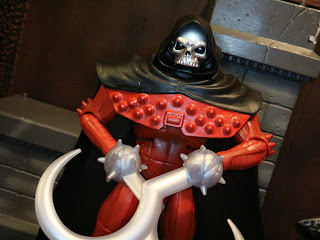 Tomorrow's Halloween, so I wanted to give you something really cool for today's installment of The Curse of 31 Days of Toy Terror. How about the Reaper from Batman: Year Two? Perhaps one of the most out of left field offerings in Mattel's DC Comics Multiverse line, the Reaper is a Batman villain from Batman Year Two who has never before been released in action figure form. That's pretty special, right? Also, he's a spooky dude in red leather and a black cloak with a silver skull mask and sickles for hands. I feel like the definitely qualifies his inclusion as part of 31 Days of Toy Terror. Let's check out the Reaper after the break... 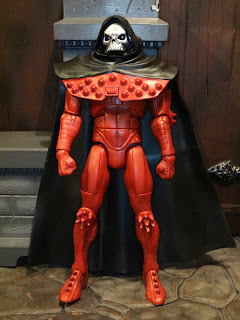 Accessories: Interchangeable sickle hands and the torso and chest plate for the Collect & Connect Rookie figure. 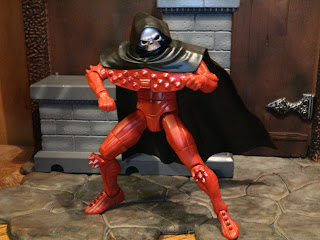 * You know what? The Reaper actually has some pretty good articulation. Not perfect, mind you, but the hips work better and all of the joints have a pretty full range of motion. The shoulders have an excellent range of motion, too. This is easily one of the best figures in terms of articulation released in the Multiverse series. 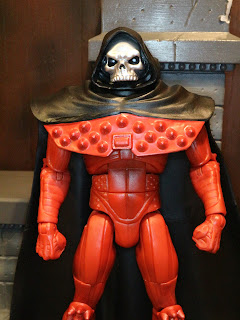 * The Reaper looks very faithful to his appearance in Batman: Year Two. There's a lot of red year but the unique sculpt (so far as I can tell, anyway) definitely makes this feel like an impressive release. Different depictions of the Reaper depict the character's shoulder pads/ chest plate as being different sizes. Mattel went with a larger appearance that makes the Reaper look like he could fit in as a member of The Road Warriors. It's a very unique look that I'm absolutely digging. 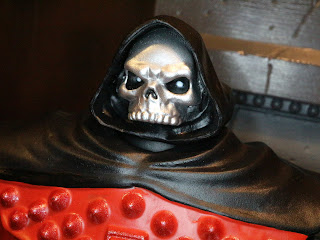 * The silver skull mask is pretty cool. The detail is quite sharp, the metallic color chosen stands out, and there are even little dots in the eye sockets to help catch some light and draw attention to the "eyes." 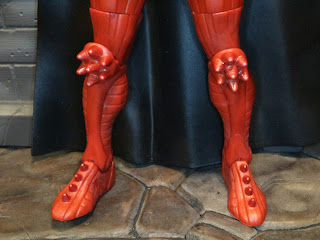 * The Reaper is wearing some seriously menacing boots. He's got spiked knee pads and spikes on the tops of his feet. You don't want this guy showing you any moves he learned in a women's self defense course, that's for sure. 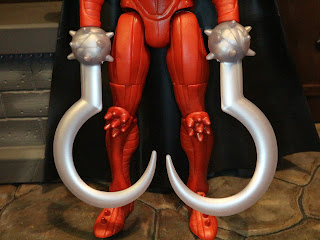 * The Reaper includes two of his signature sickle weapons with spiked balls at the bottom. These swap out really easily and look incredibly wicked. I love them! 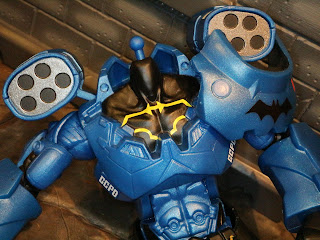 * Being part of the Rookie series, the Reaper includes the torso and chest plate of the Rookie suit. I'll be reviewing this figure in its entirety soon, but for now I'm just giving the Reaper props for including these parts. I always appreciate Build-a-Figure/ Collect & Connect pieces. 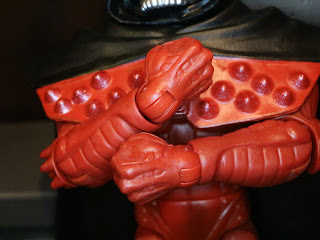 * Lastly, can I just give this guy some props for including swivel/hinge hands? While they're standard in Mattel's own WWE figures and most other lines, they haven't been seen too often on the Multiverse figures. It's nice to see them here. I really hope they become a mainstay on future figures. 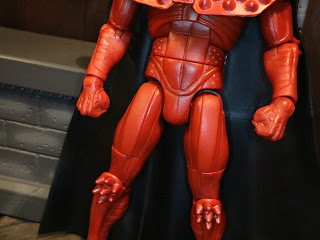 * While it is largely in matching the red, boiled leather armor of the character in his comic appearances, it seems like the Reaper could have really used a dark wash to add some shadow to his costume. There's a lot of red here and a nice, dark wash would have done wonders for the figure. 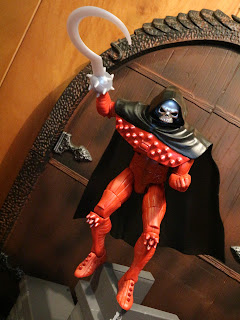 I'm pretty impressed with the Reaper. He's a good character choice that features unique sculpting, better articulation, and cool accessories that function well (the hands really do swap in and out perfectly). If Mattel could get every figure in their Multiverse line to the standards of the Reaper, I'd be a happy camper. This guy is a Great and a 1/2 figure and easily one of the best Multiverse listings for the year. I'll be releasing a top 10 list of the best Multiverse in January (just like last year) and you can rest assured that this guy will be on it. He's excellent and a real treat for Batman fans and collectors.