Unite the League: Deadshot No.038 from Suicide Squad MAFEX by Medicom 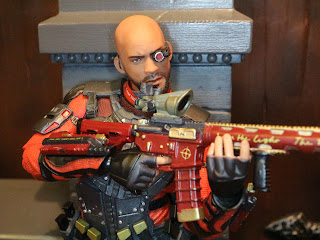 My birthday was last month and I received a few really cool presents. One of them is the subject of today's review: The MAFEX Deadshot from Suicide Squad. Over the past year I've really come to appreciate Medicom's work on their DC MAFEX line. They've really been improving their product and their last few releases, particularly the Harley Quinn and the Knightmare Batman figures, have been exceptional. Early buzz on Deadshot seemed pretty favorable and I was excited to be able to receive him as a gift. Let's check out this very cool rendition of Will Smith's portrayal of master assassin Floyd Lawton after the break... 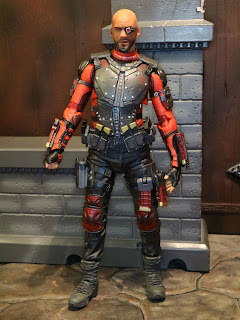 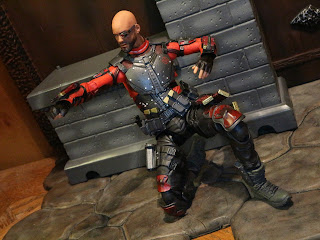 * I really like the articulation on the MAFEX line and Deadshot has some of the best articulation yet. He really can take some incredible poses and feels much more sturdy than previous figures. The MAFEX figures largely utilize true balljoints meaning that some of the body parts can pop out with a bit of force. They'll pop back in, though, and it's greatly preferable to breakage. 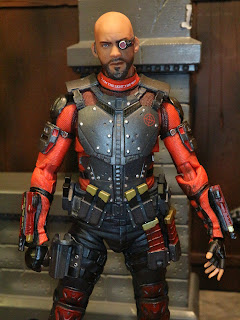 * Medicom has been doing an excellent job with the sculpting and paintwork on their action figures and it is absolutely possible that Deadshot is the best DC release yet. The paint and sculpting blends together perfectly, making this figure look amazingly realistic. 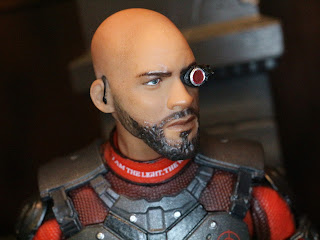 * Check out this incredible headsculpt. This is a great Will Smith portrait, especially considering this figure is in the 6-7 inch range. The sculpt is sharp and the paintwork is excellent, too. The eyepiece is also incredible. I love the work, here, and it's one of my favorite sculpts of this past year. 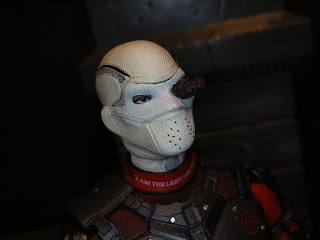 * Here's another insanely awesome headsculpt. His alternate headsculpt is Deadshot's hooded head and the sculpt and paintwork are impressive, too. We didn't see this look too much in the film but it makes for a great way to display the figure. I don't like it as well as the unmasked head, but it's a close second. 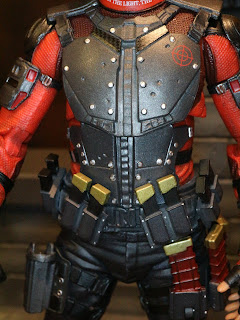 * Here's a closer look at all of the awesome work on Deadshot's chest armor and the various magazines he carries on his belt. 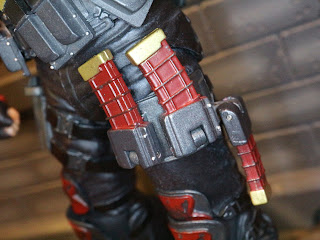 * One really cool feature that Deadshot has are these articulated magazines on his left hip. The articulation might seem random but they do aid in making sure the figure's hip movement is preserved while still allowing for the busy appearance of his ammo belt. 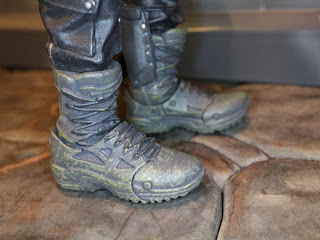 * Not only does Deadshot sport some cool footwear but it's also pretty nicely detailed and weathered. 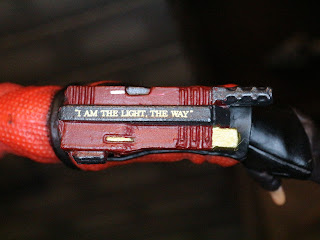 * Deadshot's custom wrist magnums are impressive. Not only is the sculpt awesome but the paint and text on them are neat, clean, and very legible. 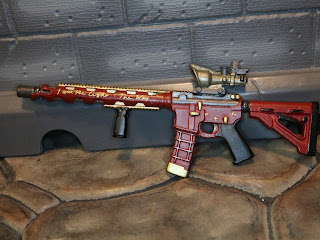 * Matching Floyd's wrist magnums is his customized AR-15 assault rifle. This is an impressive accessory and the figure looks so darn cool carrying it. I love the custom red and gold paintjob. 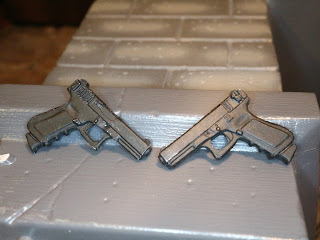 * Deadshot also includes two Glock 18s. They have a great sculpt and are easily recognizable. 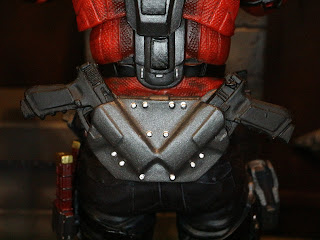 * The Glock 18s fit easily in this holster on Floyd's back. Not only do the holsters securely hold the pistols but they have a hinge joint that helps them move around keep Deadshot's articulation from being impeded. 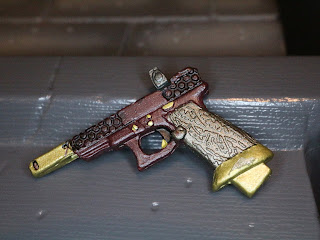 * Deadpool's customized Glock-17 is impressive. Check out the texturing on the slide and the grip. Nice paintwork here, too. 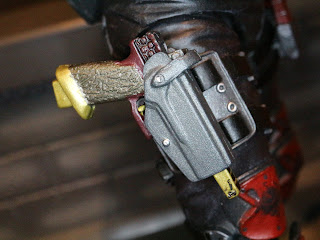 * The Glock-17 also has a really cool holster. 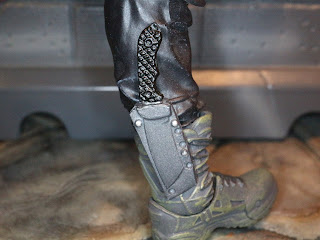 * When bullets won't do the job, Floyd includes a knife for cutting and slicing. It slides securely into the sheathe on the inside of Deadshot's left boot. 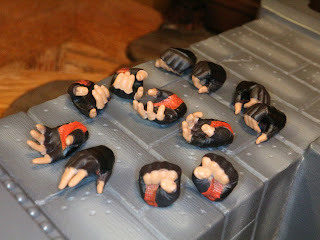 * To hold all of these weapons, Deadshot includes six pairs of hands specially tailored for each accessory. There is a pair of pistol grips, a pair of fists, a pair of open palms, a pair of gesturing/ cradling hands, a pair of standard grips, and a pair of knife holding grips. They swap on and off pretty easily. 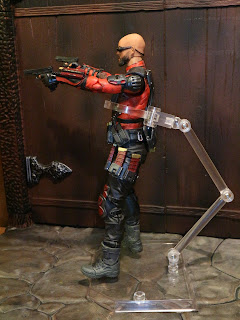 * Deadshot comes with the same stand that a number of other MAFEX figures include. The stand comes fully assembled and features multiple points of articulation to help keep your figure posed: A swivel at the base, three hinges on the arm, a swivel at the top, and a hinged clasp to secure the figure. The arm can be removed from the base and placed in any one of the three holes present there. These seem to be pretty standard across MAFEX releases. 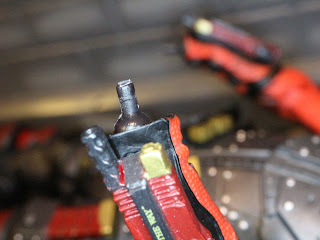 
* My only negative/ concern with this figure is that the wrist pegs so seem a bit frail. I haven't had any breakage or problems, but I definitely advise taking care when using them. 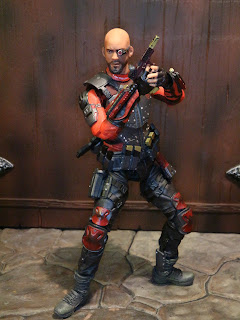 The DC MAFEX figures have definitely become one of my favorite lines of this past year. While the character selection isn't as diverse as I would like, Medicom certainly seems to put a lot of thought into each figure. Deadshot is an excellent figure and is certainly far more impressive than last year's Multiverse release. With multiple weapons, killer articulation, and two amazing headsculpts, Medicom has delivered another hit. This is an Epic figure.


I've reviewed a few other Deadshot figures on the site: The Mattel DC Comics Multiverse Deadshot,  Deadshot from Arkham City, and the New 52 Suicide Squad Deadshot.

If you're looking for more MAFEX DC figures, check out the following: