The Curse of 31 Days of Toy Terror: Puppet Boy from Imaginext Collectible Figures Series 8 by Fisher-Price 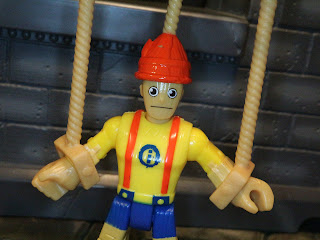 Today might seem like another head scratcher for The Curse of 31 Days of Toy Terror but it's a know fact that puppets freak people out. Puppets and dolls: People are terrified of these things! Think about how many movies or stories are about creepy puppets or dolls! As I'm making my way through the 8th series of the Imaginext Collectible Figures I figured this little puppet might just have a place in 31 Days of Toy Terror. What do you think? Let's check him out after the break... 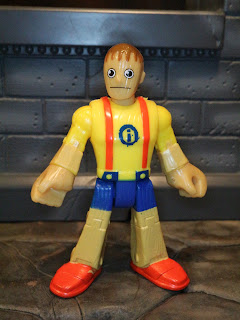 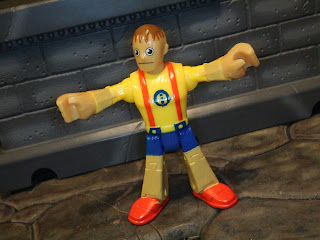 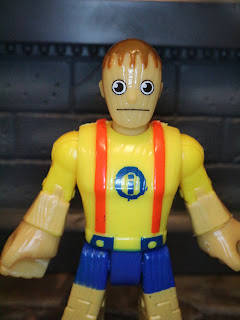 * The Puppet Boy definitely has a Pinocchio like vibe going on. He'd decked out in a yellow shirt (with the Imaginext "i" logo, blue shorts, and red suspenders. Well, kind of. Actually, it looks like these clothes are painted on him since he's just a wooden puppet. The face has a blank expression and is very clearly designed to look as if it is sculpted from wood and painted on. Imagine waking up and finding this guy just staring at you. Shivers! 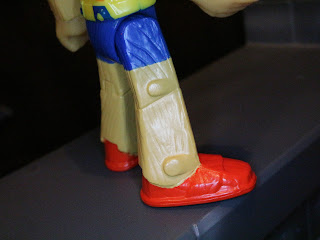 * Looking at the Puppet Boys limbs you can see all of the joints you would expect on a marionette. You can also see the texture of the wood throughout the figure. There is some excellent sculpting work here. 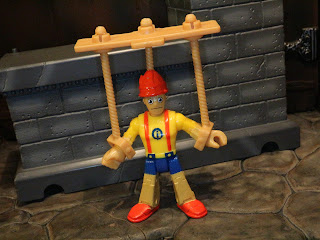 * The Puppet Boy includes just one accessory but it's pretty elaborate: A marionette control bar. The control bar has three articulated posts (one for the head and two for the arms) and attaches to the figure via two arm clasps and a Pinocchio styled hat. It's a cool way to display the figure and is definitely an out of left field accessory. I can respect that. 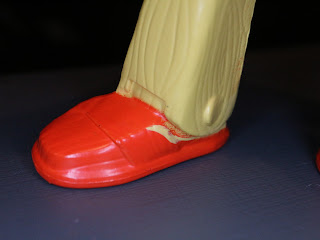 * I don't know if Geppetto has been slacking off or what but my Puppet Boy has some sloppy paintwork on his painted on "shoes." 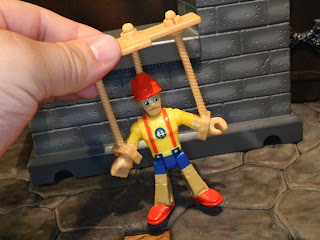 The Puppet Boy is a rather unique figure with a cool gimmick. I'm not sure how he'd fit into an actual Imaginext collection that a kid might play with but, for someone who sits these on a shelf and relishes in their strangeness, he gets the job done. He's a Good and a 1/2 addition to the line and one of the better figures in this set.


If you're looking for more Imaginext reviews, check out the following: