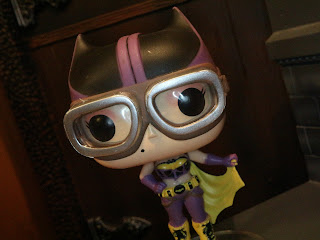 A few weeks ago I received a very cool birthday present from a friend: The Bombshells Batgirl POP! from Funko! Being a fan of Batgirl, Funko POP! vinyls, and DC Comics Bombshells, this figure is a pretty amazing blend of stuff I like. While I wasn't a huge fan of the Batgirl Bombshells statue due to the face sculpt, I like the overall character design and I've been a much bigger fan of the various other products released based on the character. Let's take a closer look at this very cool POP! vinyl after the break... 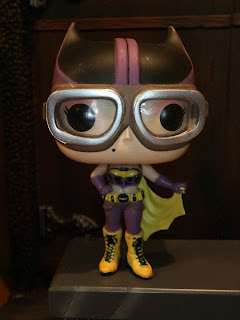 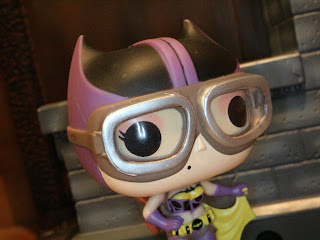 
* I love the flight goggles on Batgirl's head. They actually have translucent lenses and look awesome. The face is nice, too, showing off the Bombshells Batgirl's trademark beauty mark. 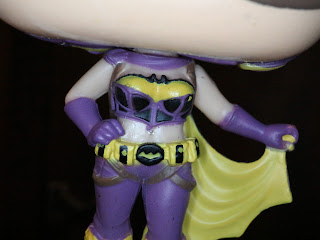 * Her costume is very detailed and shows off a perfect mixture of a World War II era pilot's outfit, Batgirl's traditional superhero appearance, and the rockabilly and pinup aesthetic that characterizes the Bombshells aesthetic. The paintwork is very clean and neat, particularly when considering how many details are present on the figure. I love the Batlogo emblazoned corset and the utility belt. 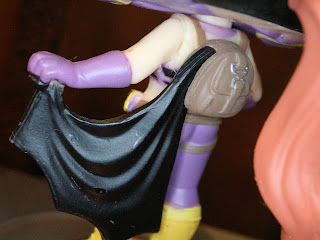 * Batgirl's cape flows out of her backpack like a parachute. It's a clever detail and gives the POP! a nice object to interact with to give her a cooler pose. 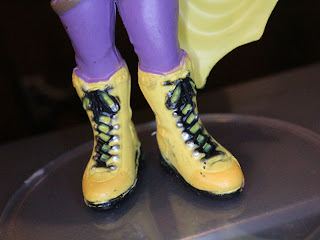 * Batgirl's yellow boots are both cool and functional. They also have a pretty nice paintjob. Don't worry: The Little bit of paint slop you see here is hardly noticeable when holding the figure in hand. 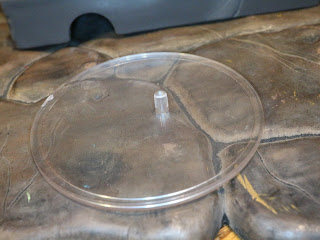 * Since Batgirl has a smaller frame Funko has included a clear plastic stand. I kind of wish all POP! vinyls included stands to help them stay upright (even though they don't all need them). Batgirl can stand on her own to some extent but the stand definitely helps to make her easier to display. 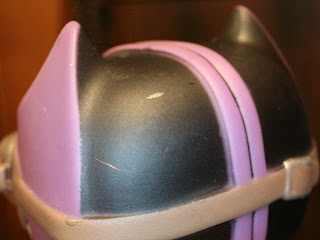 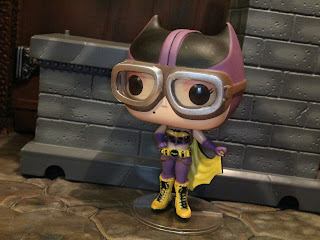 Bombshells Batgirl turned out to be a Great POP! This is my first POP! from the Bombshells series, probably because I opted to collect Cryptozoic's Lil Bombshells line to get my smaller Bombshells fix, but I do have plans to pick up Batwoman when she is released in the next month or two. Batgirl is a Great POP! vinyl and well worth adding to your collection if you're a fan of the character or of the Bombshells in general. The purple and yellow color scheme just looks excellent and really stands out from the pack!

I've reviewed plenty of other Batgirl items and you can check them all out right here!

I've also reviewed a few other POP! Heroes, including: