The Curse of 31 Days of Toy Terror: Godzilla from Big Bucket of Monsters 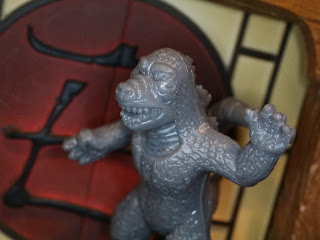 Today we're going big with another minifigure review from the Big Bucket of Monsters! It's Godzilla! Fun Fact: The name Godzilla, or Gojira, comes from a mixture of the Japanese words for whale and gorilla. The creature has been around since 1954 and has appeared in 29 official Toho Studios films. That's a lot of film appearances! Godzilla is undoubtedly one of the most recognizable characters ever and tends to have lots of unlicensed merchandise floating around. You know, like this minifigure. Let's take a closer look at this very cool "totally not Godzilla for legal purposes but definitely meant to be Godzilla" minifigure after the break... 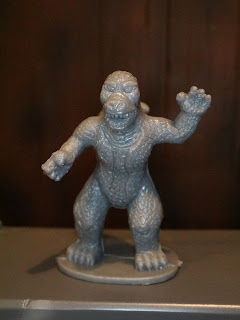 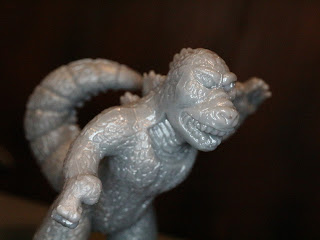 * The sculpting is really good on this figure. It's definitely a very classic take on Godzilla with more rounded teeth and a shorter snout. The skin texture is impressive, too. The harder plastic that these minifigures are molded in definitely catches the crisp detail quite nicely. 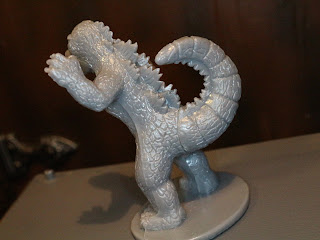 * The tail and spikes on ol' Godzilla are pretty cool, too. The tail actually looks like a non-removable separate piece added on to the body. 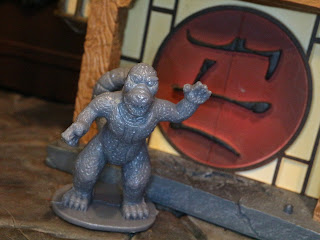 I haven't reviewed any other Godzilla toys on the site but I have reviewed a couple of other Big Bucket of Monsters minis, including:
Dracula
Restless Ghoul