The Curse of 31 Days of Toy Terror: Ghost from Monster in My Pocket by Matchbox 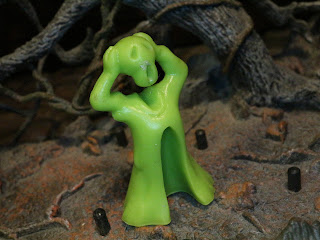 This year look forward to lots of minifigure reviews during 31 Days of Toy Terror. I'm part of a few minifigure related Facebook groups (Minifigure Militia!) and it's always fun to participate in their various Halloween events involving pictures of spooky minifigures. This year the first minifigure of the Halloween 2017 season is 27 years old and part of the first series of Monster in My Pocket: It's the Ghost! I only owned a few MIMP figures as a kid and the Ghost certainly wasn't one of them. I managed to pick him up a year or two ago. I've always wanted him and I love his simplicity. He's just a simple, classic ghost that's removing his head. How can this go wrong? Let's check out the Ghost after the break... 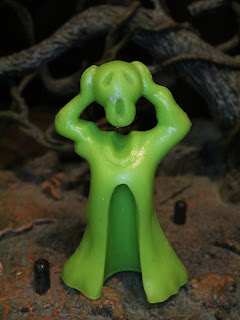 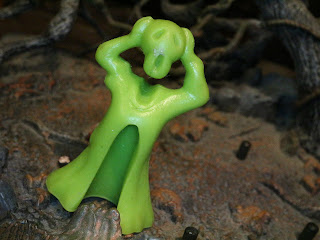 * Again, it's the simplistic and classic nature of this guy that appeals to me. The only way he could be more traditional is if he literally just looked like someone with a sheet over their head. There is a bit more going on here, though, and I love the look on the Ghost's face. It definitely seems to be letting out an eerie moan. Due to the way the robe is sculpted open, you might assume that this guy is some sort of exhibitionist. Actually, I think the intention is to show that he is indeed ethereal now, with no fleshly body. 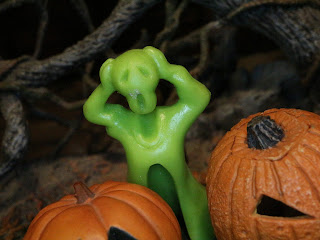 If you're looking for more Monster in My Pocket reviews, check out the following: