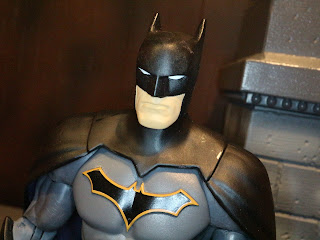 While I read the trade paperback releases and am always a bit behind, I ca tell you that from everything I've read of Rebirth so far (which is quite a bit) it is excellent. The eponymous Batman series by Tom King and David Finch has been incredible, nicely differentiating itself from Scott Snyder and Greg Capullo's very unique run on the series during the New 52. Being that he's Batman, you know that Mattel just had to get a figure of him released in his New 52 costume as soon as possible. Mattel seems to be quite invested in Rebirth which is a good thing as it has been a quality run of books, easily offering up some of the best and most consistent stuff DC has ever done. Let's see if Mattel is also offering up some quality product after the break... 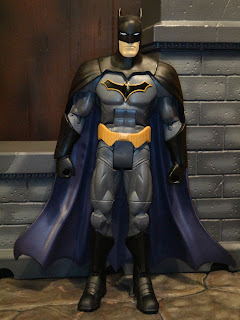 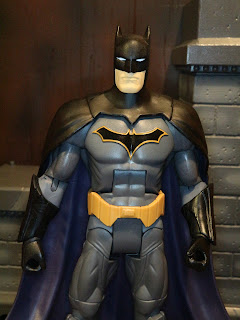 
* I really like the style of this figure. It has a very clean, modern look to it that sets it apart from a number of other releases. It appears to mostly be a unique sculpt, too, as nearly every piece features some very distinctive elements that resemble the costume seen in the Rebirth Batman suit. 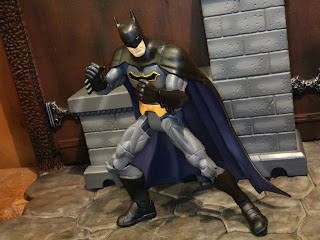 * While the articulation is the standard DCUC styled articulation that I've complained about on most of the DCEU figures, it's decent here. While I still await the day Mattel gives all of the figures swivel/hinge wrists and swivel/hinge ankles, this guy can take some decent poses and is plenty of fun to play around with. 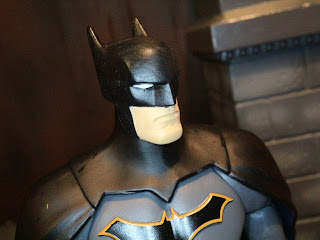 * Here's a close-up of he headsculpt. It's classic Batman and looks great. It almost reminds me of a slightly less caricatured version of the Batman: The Animated Series design. 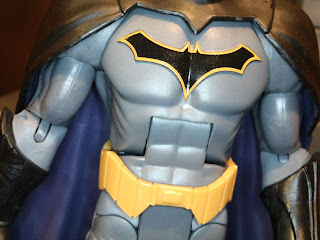 * The logo on Bruce's chest not only looks great but it is also a sculpted element. That's a nice feature. The belt is a separate piece too and helps to give the figure a much more interesting feel. 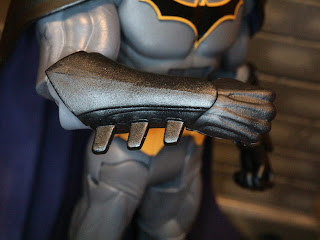 * The gauntlet spikes are short but they look good and are nice and straight. No bending at all! 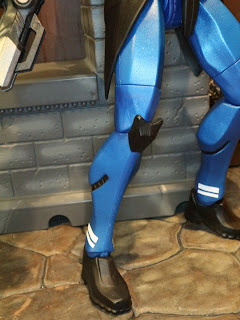 *  Batman includes the right leg of the Rookie. I'll review this guy fully once I review all of the other figures but, for now, let's just say he looks pretty cool. 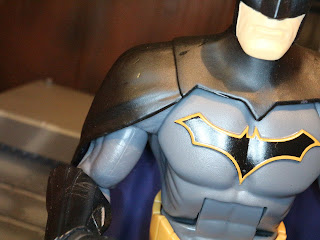 * I love the way the cape sits on the shoulders. It does hinder the shoulder movement pretty severely, though. You can get some movement, but it's a chore. 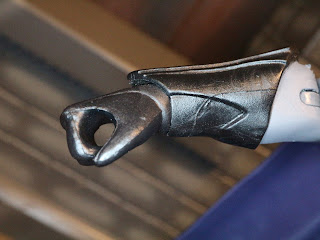 * Batman. Comes. Empty. Handed. Batman should never come empty handed. The guy uses so many cool gadgets, so why would you ever send him in empty handed? 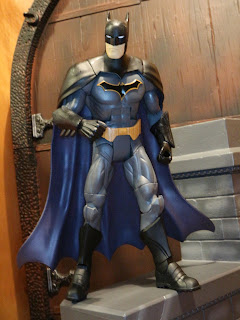 I really like Mattel's Rebirth Batman. He definitely could be improved upon but the figure we've received looks really could and matches the comic styling well. There have been lots of Batman figures released in the Multiverse line (way more than I think DCUC ever had) but this guy adds definitely feels like a worthwhile addition. As a DC reader I'm really liking that Mattel is trying to offer us modern interpretations of characters who are currently appearing in stories (because, let's be honest, DC Collectibles sure as heck seems to have no interest in doing so). Batman is a Good and a 1/2 figure and a nice version of Batman that should be pretty significant in showing off another stage in the character's long and storied history.

I've reviewed so many Batman figures that he has his own review archive on the website. Check them all out here! If you're looking for more DC Comics Multiverse figures, check out the following: