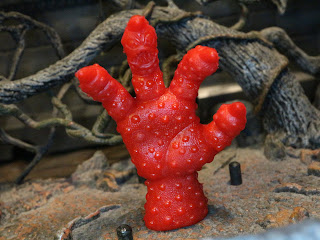 The Curse of 31 Days of Toy Terror is going to some strange places this year and perhaps it gets no stranger than Sunigator Shotail from M.U.S.C.L.E. Typically known affectionately as The Claw, Sunigator Shotai is probably one of the most recognizable and popular of Mattel's M.U.S.C.L.E. figures. Based on the Japanese anime and manga Kinnikuman, M.U.S.C.L.E. only gave these figures numbers but they actually have names and pretty impressive backstories as well. It took a bit of Google-fu, but I did find that this guy's name is also transliterated as Sneagator. Sneagator/ Sunigator is a Choujin (a super powered being) from the Republic of the Congo who is one of the Akuma Knights, a team of six individuals who sold their souls and serve Satan as a group of powerful, wrestling warriors. Sneagator/ Sunigator is a reptilian shape-shifter who could take a multitude of forms, including the giant claw from that we're checking out today. A shotai is a Japanese military unit, similar to a platoon, so I'm wondering if this refers to the fact that this version of Sunigator/ Sneagator has multiple fingers at his disposal to aid him in battle? Who knows! Heck, who knew, the Claw was such a complex and nuanced character? Let's check this cool guy out after the break... 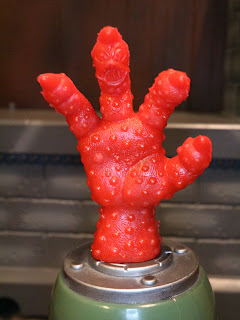 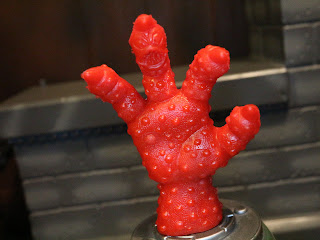 * Sunigator Shotai is one of the most unique looking minifigures out there. To say that about a M.U.S.C.L.E. figure is pretty significant because that series, borrowing from Kinnikuman, had some pretty insane designs. My Sunigator Shotai is cast in red, but this particular sculpt appeared in multiple other colors, too during the lines run. 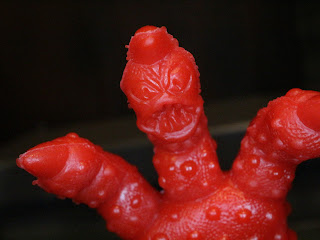 * The face on the most prominent digit is incredibly creepy. That is absolutely terrifying! My gosh, someone needs to give this guy his own film franchise of horror films. He would eat Jason Voorhees's lunch and back hand that guy from Jeepers Creepers. 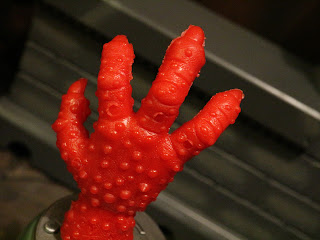 * Turn Sunigator Shotai around and you can see the super cool sculpting work. Lots of ridges on his fingers and lots of warty bumps. The level of detail is super impressive. 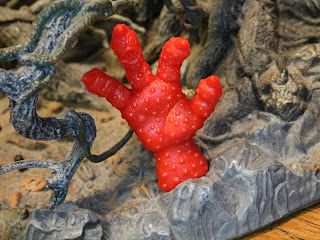 Sunigator Shotai/ Sneagator/ The Claw is easily one of the greatest M.U.S.C.L.E. figures ever made. This guy is pure Epic. Look up Epic minifigure in the Wiktionary and this is what you'll see: A picture of two Sunigator Shotais: One flipping you the bird and the other high-fiving Batman. That's how incredible this guy is. M.U.S.C.L.E. is still one of my favorite toylines ever and Sunigator Shotai still stands as the boss among these little guys.

If you're looking for more M.U.S.C.L.E. reviews, check out the following:


If you're looking for more 31 Days of Toy Terror, check it out here!