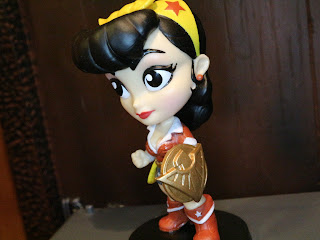 Series 2 of DC Comics Lil Bombshells has two resculpts of characters who also appeared in series 1: Harley Quinn, who I reviewed a week or so ago, and Wonder Woman. Kind of tells you who DC's two most prominent are, doesn't it? I reviewed the first series Wonder Woman figure last year and today I'm checking out this second version. Ready for a new minifigure of the first lady of DC Comics? Then join me after the break... 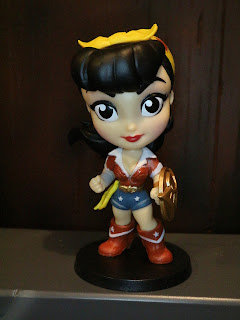 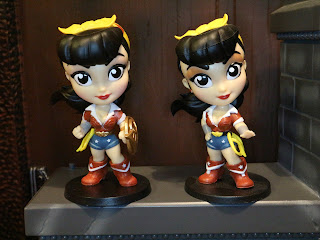 * The series 2 Wonder Woman (left) is very similar to the series 1 version (right). The difference is a slightly different pose and the addition of a shield in left hand of the series 2 figure. I really wish Cryptozoic had tried to do more to differentiate these two as they look very similar on the shelf, even more so than the two Harley Quinn figures. 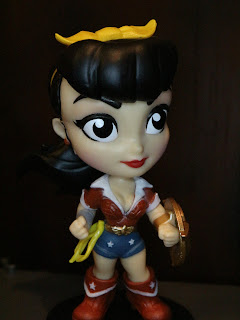 * Despite looking really similar to the series 1 figure, this is still a really nice minifigure. The sculpt and paintwork are impressive, particularly in this small scale. 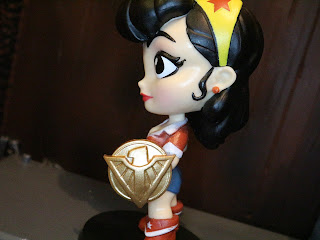 * The shield is the biggest thing that differentiates the two figures and it's a cool piece. It's very stylized, certainly not insanely detailed or anything, but looks pretty cool. I kind of wish Diana were wielding a sword, too, though, to really differentiate this look. A sword or a wrench would have been ideal to help complete the warrior look. 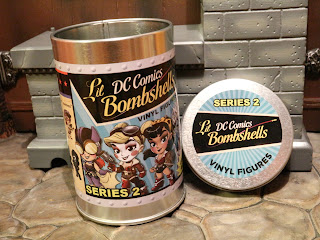 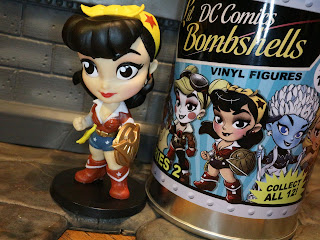 Nothing wrong with this figure at all; it's a solid minifigure of Wonder Woman with excellent paint and sculpting. I am a bit disappointed, though, that Cryptozoic Entertainment had done a bit more to differentiate the two different Wonder Woman figures. The Bombshells line seems to have lots of variations and different color schemes and something to set this figure apart more would have been welcome. She's a Good and a 1/2 figure considering how similar she looks to what you might already have.

If you're looking for more DC Comics Lil Bombshells, check out the following: