The Curse of 31 Days of Toy Terror: The Crone from Sleepy Hollow by McFarlane Toys 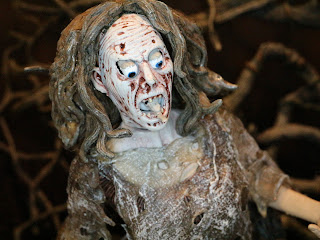 Today for The Curse of 31 Days of Toy Terror we have another review of a toy from a Tim Burton film. The Crone from McFarlane Toys' Sleepy Hollow toyline is such a creepy toy that I had to give her a slot in this year's festivities. I'm not going to say that Sleepy Hollow is my favorite Tim Burton movie, but I'm not going to say it isn't, either. I love this movie and I will say that it certainly sits above anything Tim Burton released after it on my list of my favorite Tim Burton films. This is my absolute favorite depiction of the Sleepy Hollow story and one of my favorite horror movies overall. In 1999 McFarlane was really on a roll. While 1998's Movie Maniacs began to show what McFarlane toys was truly capable of, 1999 was the year that McFarlane raised the sculpting and paintwork bar to unseen levels with both their Austin Powers and Sleepy Hollow lines. The Sleepy Hollow line was fairly small: Only three figures and a deluxe boxed set of the Headless Horseman with his steed. The fact that we never received a Katrina Van Tassel figure is criminal, by the way. Rather than immortalizing Christina Ricci in action figure form, McFarlane toys instead gave us the Crone, the mysterious witch who lives in the woods and guides Ichabod Crane towards the Tree of the Dead. I'm assuming that McFarlane toys thought this would be a more interesting looking figure and a better use of their sculpting talents which is probably true. The Crone is an impressive figure that still manages to be rather spooky almost 20 years later. Care to spend an October day with a spooky old witch? Then join me after the break... 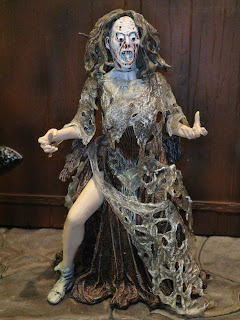 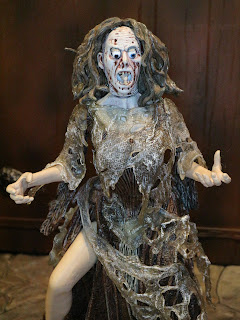 * McFarlane Toys is know (or should I saw "was known") for their incredible work in horror action figures and you probably won't be surprised that the Crone was a pretty creepy looking figure. It's tough to judge accuracy here, though, as this version seems to be based on the Crone as she appears when she goes into a trance with Ichabod Crane at her cave in the woods. It's all a bit ethereal in the film but the figure is impressive and manages to capture most of the significant details. It's definitely unsettling to see the creepy, rotted head and the exposed, normal looking leg together, but I think that's what McFarlane was going for with the design. 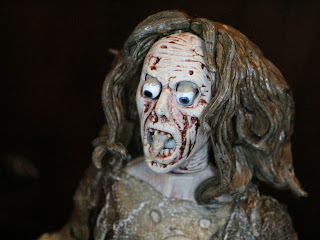 * McFarlane had two choices for the crone: Going with the eyeless, CGI monstrosity or with the look of actress Miranda Richardson. McFarlane chose the more horrifying image and thus we have the horrifying old crone seen here. Unfortunately, due to the action feature, I'm not sure the sculpt holds up as well as it should but it's still a pretty decent sculpt with solid paintwork. 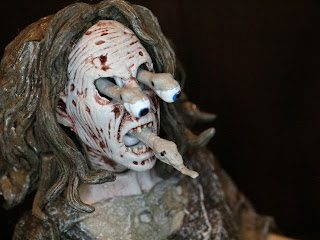 * There's a snake hanging out of the back of the Crone's hair. Push it in and these three snakes pop out, two of which are holding the Crone's eyeballs in their mouths. 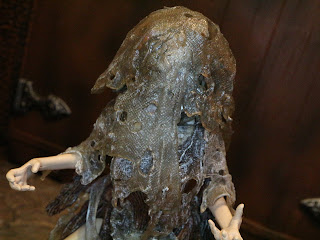 * A translucent veil covers the Crone's horrifying visage from passerby. 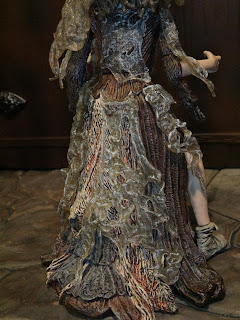 * The Crone's dress is covered by what appears to be spiderwebs. Translucent plastic is used to great effect here to pull off an impressive effect. Add in some excellent paintwork and you can really see why everyone thought McFarlane was best of the best in the late 1990s and early 2000s. 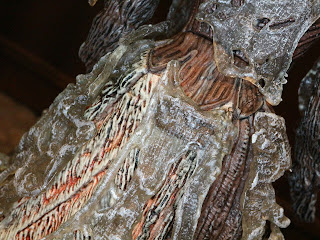 * Here's a close up of the intricate paint and sculpting on the dress. 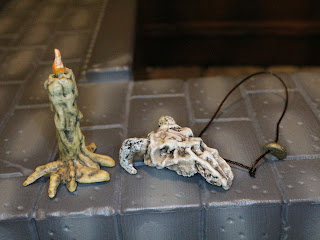 * The Crone includes quite a few extras. She has a creepy candle, the skull of a ram, and a necklace. * She also has a mortar and pestle and two bowls filled with lots of weird stuff. 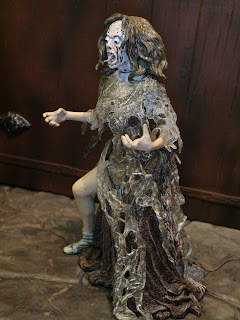 * The Crone is very much a "salt and pepper" shaker of a figure with little articulation. Heck, the articulation she does have feels more like it was added just to make the figure easier to assemble rather than to serve a real purpose. She's just going to stand around and look creepy. 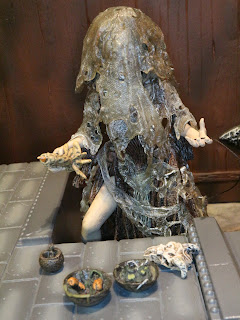 I still have a soft spot for McFarlane's late 1990s lines and Sleepy Hollow is one of my favorites. The Crone is definitely the weakest figure in the line, but considering how cool the overall line is that's not really much of a negative. She's a Great figure. Isn't it crazy to imagine that you could have purchased a toy like this at Wal-Mart in the late 1990s? It was a crazy time for toy collecting, man.