The Curse of 31 Days of Toy Terror: Witch from Monster in My Pocket by Matchbox 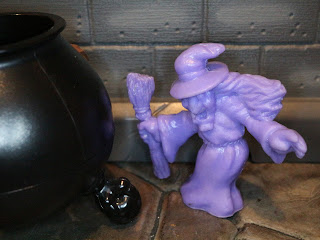 It;s time for another Monster in My Pocket review for The Curse of 31 Days of Toy Terror. Today I'm looking at another of the Monster in My Pocket figures I've owned since my childhood: The spooky Witch! The Witch is one of the most common symbols of Halloween and this is a great representation of what most people probably conjure to mind when they think of one. Warty nose? Check. Broomstick? Check. Non-talking Sorting Hat? Double check. Let's stir up something scary after the break... 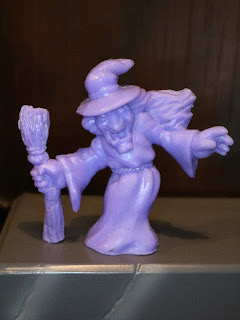 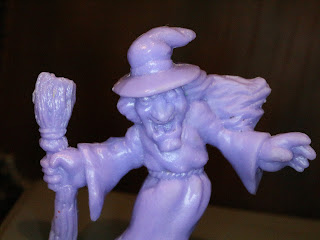 * The Witch has an incredible sculpt. I love how gnarled and wild she looks. She kind of reminds me of the Old Witch from EC Comics. While the plastic is a bit rubbery on Monster in My Pocket (much more so than on M.U.S.C.L.E.) the detail is still pretty crisp. 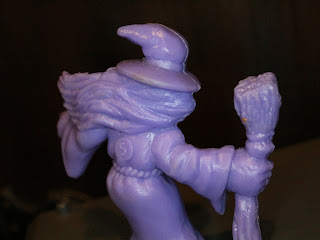 * From the back you can see the way the witches hair has been sculpted as if it is being blown by a cold wind on a moonlit Halloween night. You can also see that she was one of the lower valued monsters of series 1, being only worth 5 points. 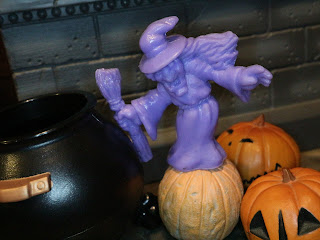 I think the Witch is another one of the most classic Monster in My Pocket Monsters. If you asked anyone familiar with the line to pick five figures from the line, my guess is the Witch would end up on quite a few of those lists. She's a great, classic sculpt that still manages to impress. A Great and a 1/2 minifigure in my (spell) book!

The Funko POP! of Lucy Van Pelt in her Witch Costume
Elivra in a Witch Costume from Elvira, Mistress of the Dark


The Goth Witch from Goth Hotties
The Imaginext Collectible Figures series 4 Witch
Does the Lego Fortune Teller count?
I also picked up the Lego Witch polybag set.
The Funko MLP Trixie Lulamoon
The ReAction Lo Pan is basically a warlock!
Radagast the Brown from the Hobbit is a wizard.
I'm pretty sure the Monsters set by Hing Fat had a witch in it.
This terrible Rita Repulsa is definitely a space witch!