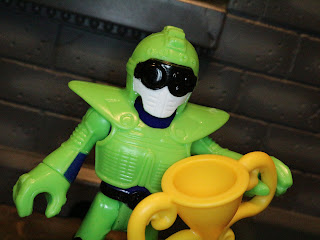 I'm making my way through the 8th series of Imaginext figures and I think I'm at my least favorite figure of the group: The Moto Rider. First off, I'm just not a big fan of sports figures in general. They really just don't usually do anything for me. Secondly, I'm just not finding this to be that interesting of a figure. The colors are bright but they don't blend well. To be honest, I'm reviewing this guy out of a devotion to completeness rather than enthusiasm. I'm also watching Jurassic Park while reviewing this, so I'm actually probably going to be more interested in that than the review. Jeff Goldblum just said "What have they got in there? King King?" Darn, this movie is incredible. 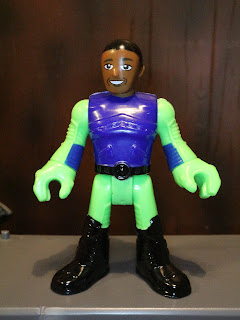 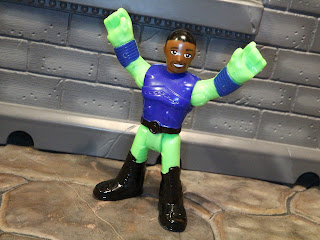 * I'm always happy with the quality and the articulation on these little guys. While they're only about 2 7/8ths inches, they remind me a lot of some of the various toylines of the 1980s and 1990s due to the random character selection, the durability, and the accessories. Dang, Samuel L. Jackson smokes through the whole movie, doesn't he? Is there a bad performance in this whole movie? Everyone is so darn convincing and distinctive! Even the help make each character unique. 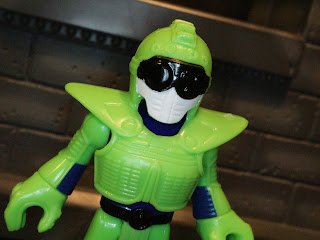 * The Moto Rider has a helmet/ vest combo that fits over his head. It's definitely too much just green but it does look pretty cool.

So... it definitely seems that just driving around in jeeps on a road separated from fences was probably going to lead to some disappointing tourists. By the way, did anyone catch in the movie where Donald Generro (the bloodsucking lawyer) thinks the lab technicians are animatronics but he stumbles and calls them auto-erotica? I've seen this movies at least 100 times since it came out and I just caught that joke. 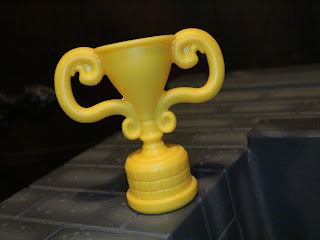 * The trophy is kind of cool. I do dig little accessories like this because you can do so much with them. This is the same trophy as the series 1 Race Car Driver, just FYI.

Did you know I dressed like Robert Muldoon for Halloween one year? I think I forgot to include that in my list of my Halloween costumes of my childhood. 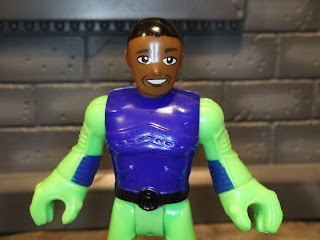 * The outfit is pretty boring. While I like the combination of green and purple, there's just nothing very interesting going on here. 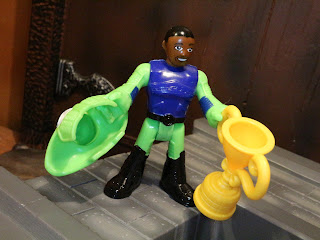 The Moto Rider is a pretty Eh and a 1/2 figure in this line. I mean, compared to a Future Cop with a robotic dog, a pizza monster, and a blue satyr mystic, this guy is pretty dull. And that's all I have to say about that. The T-rex attack is beginning in Jurassic Park and I want to watch!