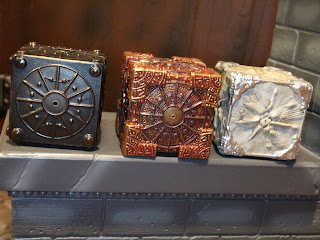 Today I'm reviewing a rather interesting Connect & Connect accessory from the DC Comics Multiverse line: A set of three Mother Boxes. Apparently the Mother Boxes play a significant role in Justice League as they're being sought after by Steppenwolf, thus bringing the general and his minions to Earth. I'm pretty excited that a number of Jack Kirby originated characters and concepts are making their way into the DCEU. The Mother Boxes come packaged in the Wal-Mart exclusive miniseries that consists of a standard Batman and Cyborg in his supercharged suit. Each figure includes three half cubes. I've already reviewed the figures but since I always review Build-a-Figures/ Collect & Connects separately, I figured I'd take a look at these as well. More Fourth World craziness after the break... 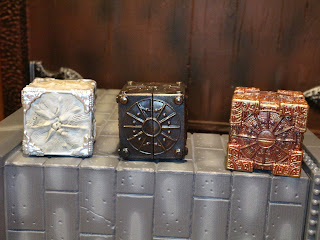 Figures Needed to Complete the Accessory: The Wal-Mart exclusive Batman and Cyborg 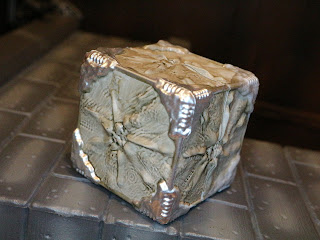 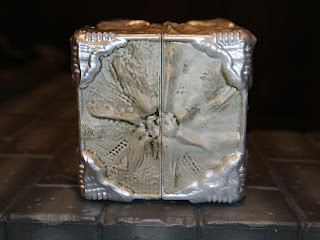 * The paintwork is pretty cool on the Atlantean Mother Box but the two sides don't exactly meet up. The technical fit is fine but the designs don't mesh perfectly. It's a little odd from some angles. 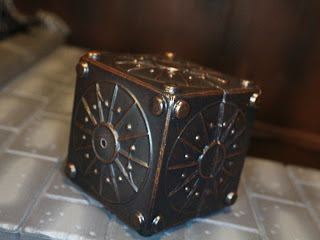 
* The Human Mother Box, probably the one used to help complete Cyborg, is pretty sweet looking. I love the dark colors accented in copper. 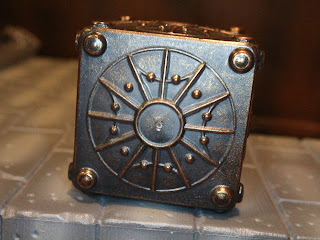 * The design on the side looks great. It kind of reminds me of a compass rose or an emblem of the sort present on an old map. 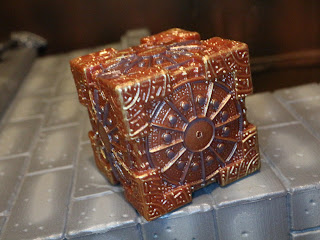 * Last, and probably best, is the Themysciran Mother Box. The design is beautiful. I love he colors used here. It's really impressive work. 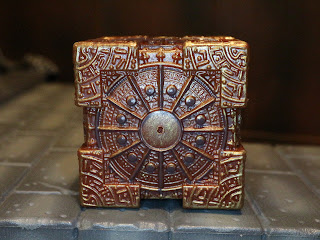 * Here's a view from the side. Interestingly, both the Human and the Themysciran Mother Boxes have 12 dots on each side. Is this symbolic, perhaps? 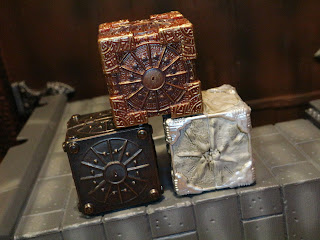 I'm really digging these. They're not the best Build-a-Figure/ Collect & Connect items ever but there is something undeniably cool about these. Now, should they probably have been included with the basic figures that lacked accessories? Yes. Still, they're quality accessories and look cool. I'm still not sure of what the scale for these is supposed to be (I'm assuming these are "prop sized" pieces like the Grapnel Blaster from BvS) but I'm glad to have them. These are a Great little extra that prove to be a nice surprise.