The Curse of 31 Days of Toy Terror: Mummy from Big Bucket of Monsters 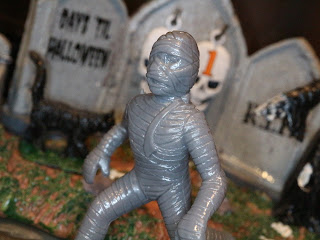 Who is your mummy and what does she do? Today for the The Curse of 31 Days of Toy Terror I'm checking out yet another cool minifigure from the Big Bucket of Monsters! Between the Goosebumps movie, Abbot & Costello Meet the Mummy, and the Three Stooges short We Want Our Mummy, mummies are a pretty big deal at our house right now. My daughter loves those movies and they get a lot of playtime in our DVD/Blu-Ray player. Today this spooky mummy minifigure stalks the labyrinthine halls of Action Figure Barbecue. Check out the full scoop on this undead wonder after the break... 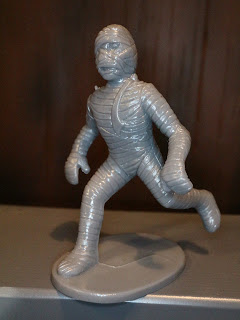 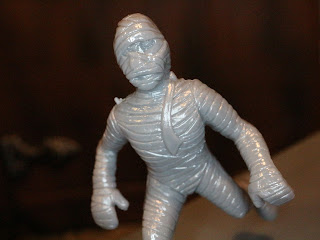 * The Mummy has a really nice level of detail that captures each strip of bandages. The face is pretty hidden behind the bandages, but that makes sense, doesn't it? I like the random places where you can see a strip of bandages has ended or began. The firm plastic of these minifigures really holds detail nicely. 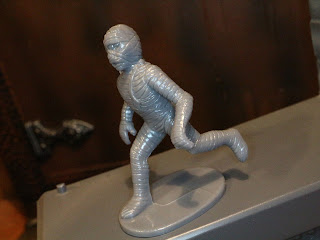 * I will say that the pose is kind of awkward for a mummy, though. The Mummy looks like it's running which isn't something I usually think of mummies doing. I think a slow shamble would have been a much better design choice. 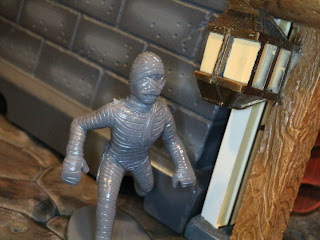 The Mummy is pretty cool but it's definitely not my favorite from the Big Bucket of Monsters. As seems to be the case with everything I've looked at so far in this series, the detail is phenomenal. The pose is really odd here, though, and just not very mummy like. Still Good but not the best minifigure mummy I can think of in my collection.


I've reviewed lots of mummy toys including Snake Tut from The Worst, Paper Miira (Toilet Paper Mummy) from M.U.S.C.L.E., the Goth Mummy from Goth Hotties, the McFarlane Monsters Mummy Playset, the Mummy ReAction figure, and the mummy included with the Mighty Max set "Mighty Max Conquers the Palace of Poison."

For more Big Bucket of Monsters reviews, check out the following: