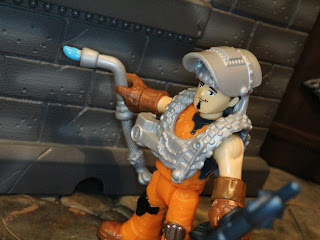 I'm continuing to make my way through reviewing all six figures in series 8 of the Imaginext Collectible Figures and today we're checking out the Welder. Imaginext, like the blind-bagged Lego minifigures, offers up a pretty diverse character selection of figures that aren't always designed to fit in with any of their particular retail themes. Imaginext doesn't even seem to have a current "modern" or "city" theme available in stores at the moment so far as I know, so maybe this guy will just have to help out the DC Superheroes. Or maybe he's a villain! Who knows? It turns out, he's a pretty cool little figure and one of the stronger figures in this series. He definitely makes me think of the old Fisher Price Adventure People which were largely a few years before my time, although I did have the diver. Let's check out the Welder after the break... 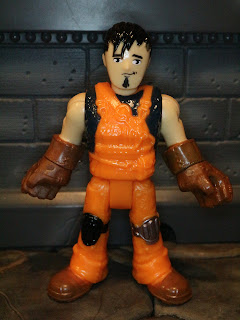 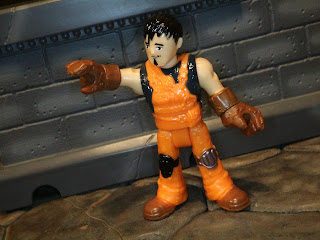 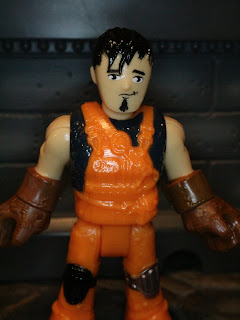 * The Welder does have a pretty cool appearance. His hair looks appropriately sweaty for someone engaged in welding (that's some hot business) and he's also rocking a soul patch. He's also sporting some bright orange coveralls and two different types of knee pads. I guess the Welder just threw on whatever was around, huh? 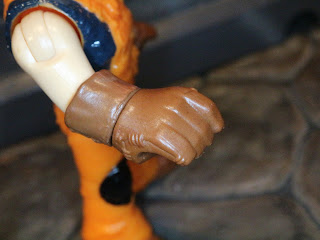 * I like the inclusion of the thick, heavy welding gloves. I remember wearing thick, heavy gloves like this back in "Creative Mechanics" in high school. I also discovering that a pair of gloves I was using had a hole in them when my hand got burned. Finding a piece of your skin accidentally stuck to a piece of hot metal is no fun at all. 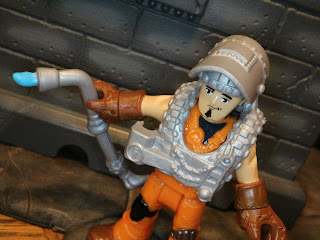 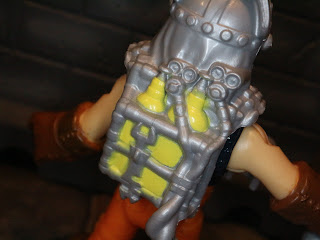 * The back of the Welder's contraption has some fuel tanks to supply the welding torch. It's a cool design with a nice amount of detail and a few paint highlights. 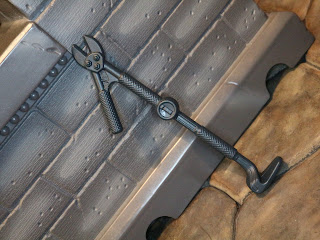 * I'm also digging this handy dandy tool that the Welder comes with. I don't know the technical name for it, but it looks pretty slick and extremely useful. 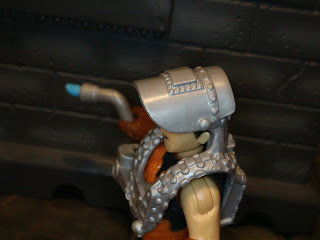 
* I do dislike that the Welder's welding mask is permanently affixed in the up position. It would have been really cool if it had been able to flip up and down. 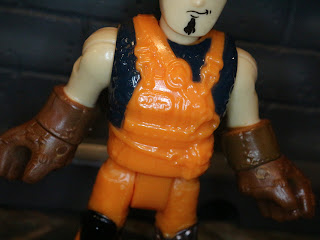 * There is a lot of cool detail on the Welder's coveralls, but the bright orange pant and lack of any highlights at all just wash these details away. 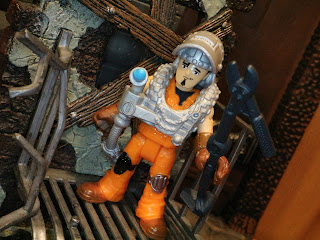 The Welder is a Great little figure. He easily has the best accessories in this series and a fun design. He's not off the wall crazy or anything, but he's a very solid and interesting design. I like him and would possibly consider him my second favorite figure in this set. He's another one well worth tracking down if you're looking for the most interesting figures only.